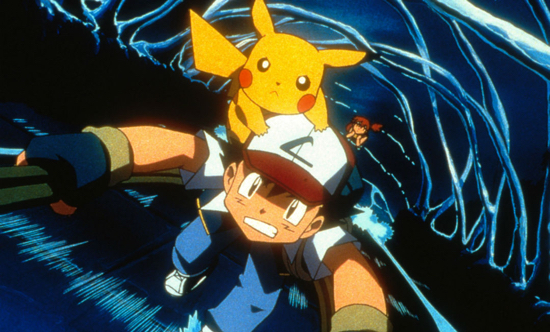 Over the weekend I noticed my Facebook and Twitter feeds were overrun with new words and phrases. What is a “Pokewalk?” Why were so many people looking for gyms?

As you probably know, the cause was Pokémon Go, a break-out cell phone game that is crashing servers and bringing people together all over the country. This is in addition to a successful roll-out in Australia and New Zealand. In fact, “By July 8, just two days after its launch in the U.S., Australia, and New Zealand, Pokémon Go was installed on more than 5% of all the Android devices in the U.S., surpassing popular mobile-dating app Tinder, which was running on a little over 2% of all Android devices.”

Get that? Looking for cute little virtual animals is more popular than looking for convenient, no-strings-attached sex.

I missed the most rabid parts of the original Pokémon fad back in the 1990s because my kid was a little bit too old for it, but I can totally understand why this new game is so popular. In the original, you looked for a variety of Pokémon (or “pocket monsters”) on your video game screen, and when you collected the most, you won. Yes, there were more wrinkles to it than that, but the kids I watched play were more excited by the quest than by the battles.

In the new version, the game involves many of the cool features on your smartphone, especially the camera and the GPS. By looking at the world around you via your screen, you can occasionally see a Pokémon, and by swiping across, you can capture it. Then there are a bunch of things you can do with your collection, like taking them to the gym to make them stronger.

When I was at the Green Market on Saturday, talking politics with the folks at the Anthony Road Winery booth, two African-American women came up. One was ready to try wine, but the other was suddenly interrupting, taking pictures, and making us laugh. She was so excited!

Turns out, they had found a Pokémon.

Unlike so many video games, Pokémon Go seems to be encouraging people to get out of their homes, to walk around and explore (even if it’s just for some pixels), even meet new people and talk with them. In some cases, they might even notice the world around them and learn something.

This is a good thing. At least, it’s a good thing for those of us who enjoy a certain amount of privilege. The article in the link really made me question a lot of my assumptions. The author points out that if a black man is playing Pokémon Go, exploring a new neighborhood by walking around and circling in on a Pokémon, there is a real chance that someone will see him, assume he’s a criminal, and call the cops. The fact that he’s only looking at a phone won’t necessarily save him. 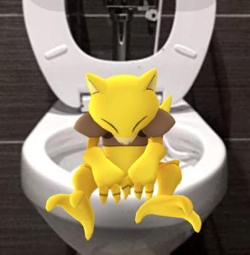 It’s also disturbing that the game imagery has already been coopted by racists.

Is this any reason to deny people joy? Of course not. The two women I talked to at the market were politically engaged and had been demonstrating all week with Black Lives Matter because of Baton Rough and Minnesota and Dallas, but on a Saturday morning, they wanted some goofy playtime. Whether I want to play the game or not (and, really, I stare at enough screens as it is and I don’t need a new addiction), I sure as hell don’t want to limit anyone else’s fun.

I’d just ask for people, in their zeal, to remember that there is more to life than finding Pokémon. There are other people on the planet, and on the sidewalk. Please don’t get so caught up in your quest that you wander into traffic, or into a unit of Storm Troopers.