Michael Davis: The Dream Killer 2 – Get A Clue 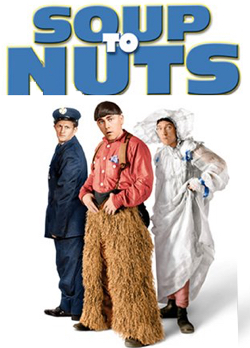 Last week I wrote how I return to a recurring theme every few years: real world advice for young creators. Please take a peek at that article before you read this one.

From last week’s editorial: I’ll use examples of two deals that I’m working now. One project is a graphic novel I’m doing with a well-known personality, and the other is an ongoing or limited series. Neither has sold yet, and it’s entirely possible they won’t.

No matter how successful you are, unless you’re bankrolling the venture soup to nuts no is always a possibility.

Mentioning the editor I’m pitching the limited series to and the personality for the graphic novel would be nice, but I haven’t cleared this with either nor am I sure revealing who the playas are is a good thing. I’ll tell you a bit about them respectfully, but I’ll keep certain vital information to myself until when and if I get the green light and I decide it’s a good thing I’ll spill.

In the meantime, it’s entirely possible someone will guess the company and the celebrity. If that happens I reserve the right to lie. Nah, I wouldn’t lie. I’d own up to it…one day.

I’ll sprinkle some clues here and there such as both the publisher and the person are known and respected for what they do all over the world. The publisher has had success in movies as well as comics. An artist from their stable is a minor subplot in a major motion picture.

The well-known personality is black.

If you’d like to know more about the personality, you will have to read the Bleeding Cool piece. If you feel like I’m using my voice at ComicMix to lead you over to Bleeding Cool, I’m not… denying that. Those mofos need to come to a site where ‘fuck you Davis’ isn’t the main theme of the comments.

If it will make you feel better the BC audience gets the following: The publisher does comics.

OK, mofos was a dig at my Bleeding Cool haters. I’ve got some fans over there, also, why just the other day I got an email from her.

Give that a second.

So to business. During last year’s San Diego Comic-Con International I ran into an old friend. Once a creator now an editor (that’s a clue), he asked why didn’t I do more work as a creator. I like this guy; I always have so much, so he was spared my usual answer of ‘Blah, blah, I’m too busy, blah.’

I said; “I’ve got some stuff (projects) you might be interested in. I’ll send them to you.” I didn’t send them to him right away. Once back home, I called to run the projects by him. Here’s why this is important: odds of someone not liking or liking what you do should be 50/50 for everyone who has the capability to work professionally.

Let’s assume you’re a good artist or writer with a project you would like to pitch; you can increase those odds simply by finding out a little more what the publisher does and particularly what the editor wants to develop. Publishers don’t sit around waiting for ideas to hit them or a creator to show up with the next big thing. A publishing plan is already in place, often years before the public sees it. Marvel’s Civil War didn’t start when you read about it on the net. To that end whatever they are planning next is well under way now.

Contacting those you plan to pitch beforehand has no downside. The most you could achieve is a head’s up on rather or not you and your project would be a good fit. The least you will come away with is the respect of the editor. That respect will be yours no matter what you pitch.

Let’s imagine your pitch to Marvel is a graphic novel about their Avengers and DC’s Justice League joining forces for the sole purpose of building Donald Trump’s Mexico wall.

But wait, there’s more! It turns out both teams are in reality Mexican! You know what that means don’t you? They pay for the wall as well!

But wait, there’s more! You propose Marvel not to ask or tell DC about anything. You just use their characters without permission.

We both know there is no way Marvel would do that. It’s just my silly way of saying most editors will appreciate a creator who thinks ahead, showing respect for the one thing all working in editorial value above all:

Sending an email with a brief overview of such will save you and the editor valuable time and gain you two things, respect and the open invitation to come back.

Wasting time on a project there is no way they will publish will greatly decrease any chance you have of going back.

Most people may think talent is the most important thing for a new creator, nope. In fact, I’m willing to bet most don’t know what is most important in developing a new relationship with a company. It seems a small thing I believe it a big thing.

That thing is the ability to go back, more on that later.

During the call, it turns out there is one hidden gem (that’s another clue) they are very interested in, and afterward it occurred to me there are a few things that may work there. I put them together in tidy little digital presentation package that I have yet to send.

I need to take a very hard look at my time and current workload beforehand. Why don’t I deliver the package anyhow? That way the publisher isn’t waiting. That can’t hurt can it?

As we say in the hood; “Why yes, yes indeed it may be cause for concern.”

Didn’t see that one coming, did you?

Let’s say the publishing house loves something they see and wants to do it. Committing to that without a realistic evaluation of my time and frankly, my headspace could be a terrible mistake

“Every time a bell rings an angel gets his wings, and somebody in comics loses a project.” That was the original dialogue spoken by Clarence the angel in It’s a Wonderful Life.

Fun Fact: The original premise of the film saw George Baily as an aspiring cartoonist who gets his first comic book job. He can’t quit the Building & Loan because his pappy just kicked the bucket, so he tries to do both. The original title of the film was ‘It’s a wonderful life except for those who thought they could do both.’

Blown deadlines are the number one reason I will remove a creator from a project. One way or another many come to the conclusion the 18 credits they were taking at school or the 40 hours they were working at would magically become things they could do in their sleep.

Having constraints on your time is one thing, but people often make the mistake of trying to manage the unmanageable such as an illness. Bad idea. Trust me. I know. I’m not implying someone passes on a deal because they have other shit to do. I’m suggesting they make sure they work out (with the editor) a realistic schedule.

A schedule is not a deadline although it’s often confused as such. A deadline is typically the date when the project is finished. A schedule calls for targets to be met before the final product is due.

With regards to why I think being able to go back is the single most important element new creators need, you’ll have to wait until next time for that also. Full discloser: for two decades I was not welcome at DC.

“What did you do?” I’ve gotten that question countless times. “What did they do?” Not as many have asked, but more than a few. What’s the difference between those who ask the first question as opposed to the second? And why and how despite being blackballed by one of the big two was I able to not only survive in the industry but thrive? 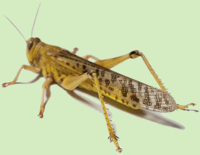 The what, why and who are all significant and I think worth the price of admission.

When you know those answers, you will be ready for a grand career in the arts. But before I can answer you must first snatch this pebble from my hand.

Or read the next installment…grasshopper.