Tagged: Phantom of the Opera

John Ostrander: From This Nose… A Hero? 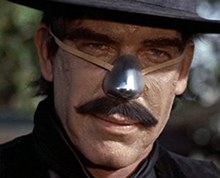 Recent doctor visits revealed that three spots on my otherwise remarkable countenance were basal cell carcinoma, a.k.a. skin cancer. Okay, that’s not exciting. It’s really a bit of a downer, although if you’re going to have cancer, this kind of skin cancer may be the one to have since it is (by all reports) the most curable. 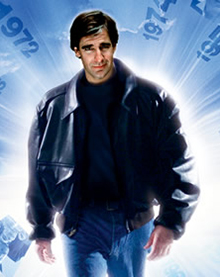 However, it is a well-known fact of comic book physics (especially MU physics) that radiation in some form may be the greatest single cause of mutations that result in super-powers! Pretty spiffy, eh?

So I’m wondering what sort of super-powers I might get. I know that I speculated like this once before but that was just an injection for a heart catheterization or something. I don’t remember and I can’t be bothered to look it up. Besides, it was something small like a particle for tracking purposes.

Obviously, since I never got any superpowers it wasn’t enough to trigger a transformation… and boy-howdy I still feel gypped! But this time it’s going high level burst of radiation! High level bursts, ladies and gentlemen! (I think that’s what they said.) As Nietche once said, what radiation bursts that don’t kill me makes me super-powered. You can look it up!

I have long posited that the powers a character receives are based on aspects of his personality or character and if that isn’t true, it should be.

So, working from this principle, I’ve been trying to guess what might my powers be.

I’m a writer so the ability to become invisible and observe people might be really useful. I’d would say it would allow me to sneak into a women’s locker room unobserved but this is the era of Harvey Weinstein and that’s not funny. 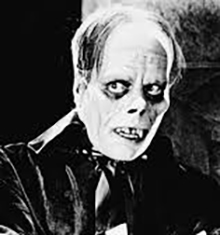 Maybe my power would be to step into other people’s lives such as Deadman or Dr. Sam Beckett (and while we’re on the topic of Quantum Leap, why – in the era of reboots and relaunches – haven’t they brought that show back?). As a writer, I invent other people’s lives; this power could be pretty useful, no? At my age, I could become OldMan with the power to get those kids off my lawn!

However, none of these powers would get me into either The Avengers or the Justice League, let alone my own solo movie. That and action figures are where the real money is. Not that I’m in this for money but, you know, what could it hurt, hmm?

Which makes me think I shouldn’t just limit myself to super-heroes. If I’m going to be in it for the money, I should consider super-villains. I’m good at writing them; they’re usually a lot more fun and they get all the best lines. Yeah, they get put in prison a lot but they never seem to stay there.

I have a fraternal twin brother so maybe I could be my own evil twin (not that my brother Joe is my evil twin; it’s more like I’m his goofy twin). I could be a super-hero by day and a super-villain by night; I could be my own arch-enemy! And neither personality is aware that they share a body with their foe. That might be fun.

Of course, fate could be cruel and instead of giving me super-powers, the radiation makes my nose fall off. Still, even then, I could be Lee Marvin as Tim Strawn in the movie Cat Ballou and wear a silver nose tied to my face. Or Lon Chaney’s Phantom of the Opera. Maybe my nose will become bright red and I’ll become JohnO the Red Nosed Writer.

Naw. Fate won’t be that cruel. We already have Donald Trump.