Bob Ingersoll Swears Before A Notorious Public The Show Was Dumb 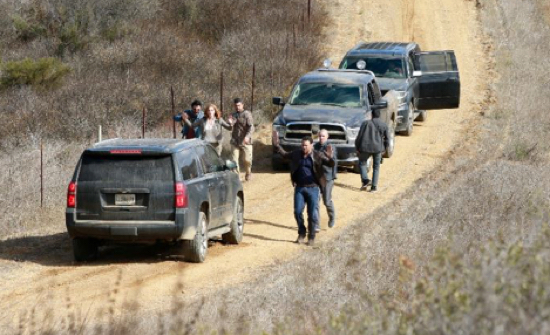 I just didn’t understand it. I was watching Notorious and Cary Grant wasn’t anywhere to be found. Ingrid Bergman either.

Then I remembered. I was watching Notorious, the new TV series about a high-end defense attorney and a high-powered TV news producer in LA teaming up during a high-profile murder trial. ABC ran Notorious in its revamped TGIT line-up. It wanted something like the Shonda Rhimes shows Grey’s Anatomy or How to Get Away With Murder but without the Rhimes or reason. Or the skill. Notorious wasn’t even as good as a Shonda Rhimes show and I haven’t been able to make it through one episode of any of her shows without looking for the Kevorkian machine.

In the first episode of Notorious, one of the clients of Jake Gregorian, the high-end defense attorney, had a problem. No, not the high-profile murder; this was B-plot client, Los Angeles Councilman Davis. Twelve years earlier Davis went to a sorority costume party as Bo Duke, complete with a Confederate flag T-shirt and Shane Newsome, the bartender from that party, had a picture of him. A picture that could make Davis look like a racist. Not to mention a lousy cosplayer. Although the General Lee had the Confederate Flag painted on its roof, but I don’t recall Bo Duke wearing anything other than that boring beige shirt.

Anyway, Newsome wanted capital to build an outdoor patio on his bar and offered to sell the picture to Davis for $100,000. (Seriously? Davis, as in Jefferson, and Newsome, sounds like nuisance? If these names were any more on the nose they could understudy for Cyrano de Bergerac.)

Gregorian had a meeting with Newsome and Newsome’s high-priced attorney Cassie; maybe not as high-priced as Gregorian, but I think we’re still talking the Neiman Marcus catalogue. Gregorian accused Newsome of extortion. Cassie said, and I quote, “No one’s extorting anyone. If Councilman Davis doesn’t want to purchase the photo, my client will simply offer it to the highest bidder. I’m sure TMZ will be interested.”

Let me get this straight. The lawyer’s argument was that if Davis didn’t give Newsome money, Newsome would sell the damaging photograph to TMZ so that it could make the photo public. And that wasn’t extortion?

I don’t know what law books Cassie studied, but the one I studied included California Penal Code § 518 and indicated what Newsome was doing was the very definition of extortion. CPC § 518 says extortion includes “obtaining of property of another, with his consent … induced by a wrongful use of … fear.” And CPC 518’s next door neighbor, CPC § 519, defines fear as “a threat … [t]o expose … [the victim] to … disgrace.” Put ’em all together and they don’t spell mother, they spell extortion is obtaining property from another by threatening to expose that person to disgrace.

Couching the act under words like selling the photograph to the person who wants to keep it a secret to keep it from being sold to a gossip show doesn’t change the act; act changes usually require an intermission. I can’t think of any prosecutor or judge who wouldn’t call what Newsome was doing extortion.

I also can’t think of any attorney who wouldn’t realize the same thing and that assisting Newsome in this enterprise would be aiding and abetting extortion. Any lawyer worth his or her salt – and I don’t care if it’s a high-priced lawyer, a not-so-high-priced lawyer, or one from the Dollar Store with only a McDonald’s packet worth of salt – would have advised Newsome don’t bother offering it to Davis with the media as the back-up threat. They’d say just offer the photo to the tabloids and let them get into a bidding war. Sure, you might not get as much money, but you know what else you might not get? An orange jumpsuit.

So did Davis Newsome get his money? Do you really want me to answer that? I mean, wouldn’t telling you that be a massive –

– spoiler? Well, okay, since you asked so nicely, just don’t come around later complaining that I gave the ending away.

Of course Newsome didn’t get his money. If Gregorian couldn’t handle some petty criminal, how was he going to handle the high-profile murder case that was the A plot for the whole series?

Gregorian found a video of that sorority party. It showed Newsome serving liquor to minors. He provided the information to a police detective friend and the two of them braced Newsome. Newsome’s liquor license was up for review and Gregorian would be performing a public service by letting the Alcohol Beverage Control Board know that Newsome had a history of serving drinks to underaged drinkers.

Newsome folded quicker than a cheap roadmap. (Of course he did, those things are a bitch to fold.) He promised to destroy the photo. And the good guy, high-priced lawyer won the day.

Now before you ask me didn’t Gregorian commit extortion by threatening to reveal Newsome sold drinks to minors if Newsome didn’t destroy the photo, let me answer the question. No.

Remember, in California an extortionist has to obtain property. Gregorian didn’t obtain any property. He got Newsome to destroy the picture but didn’t actually obtain it. Gregorian probably committed some other crime with his little ploy; but it’s Christmas shopping season and I don’t have time to research what crime.

And so ended the B plot of the first episode of Notorious. Although the murder trial A plot continued on for the whole season, I didn’t bother sticking around to watch it play out. I watched the old Cary Grant-Ingrid Bergman movie instead. Based on Notorious’s 1.0 share ratings and the fact that ABC cut its episode order down to only ten episodes, I can only surmise the rest of the country would have preferred watching the movie, too.