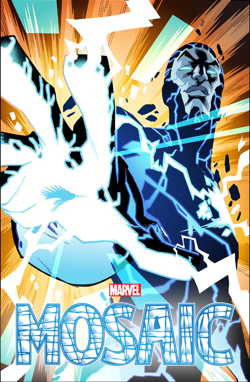 I was never so glad to say those words as I was at midnight, seven days ago.

What I want and need, I can’t have. Dead Presidents can do a lot but raising the dead it can’t and with that, way to telling line, I’m done with my self pity shit.

In six days, if Mr. Gold is nice and runs this piece today or in five days if he runs it tomorrow, the crowd funding efforts of Bad Boy Studio alumni, Eisner Award Nominee, N. Steven Harris and writer/creator Robert Garrett, will come to an end.

Hopefully it will come to a successful end because what they are attempting to fund is nothing short of fantastic.

Ajala: A Series Of Adventures is a coming of age story about a young black girl growing up in New York City’s Harlem. Among her series of adventures, discovering what it means to be a hero in a time and place where just being can be trouble is worth the price of admission.

Promoting a crowd funded project is something I’ve never done and for good reason. Once done, I can no longer tell people, “if I do it for you I’ll have to do it for everybody.”

Yeah, that’s out the window, just like I was when her husband came home. Be that as it may, this project is incredible, so I’ll gladly make an exception. I wrote earlier that money couldn’t buy anything of real value but added, or “so I thought.” Well, after seeing what this creative team has done I stand corrected, this story has value, this project has value.

If you take a look and find it interesting, please, drop some coin on the project and lets make it real.

Again, Happy New Year. Make it a good one.