Tagged: My Faith In Frankie

Sonny Liew, artist on the upcoming Dr. Fate series written by Paul Levitz for DC Comics, has published a graphic novel overseas that’s gotten a bit of political attention in his home country of Singapore… 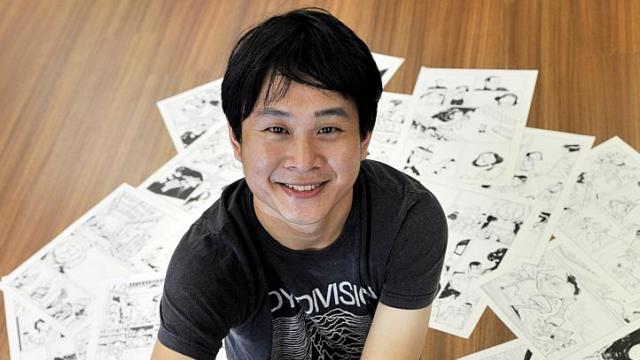 A hot-off-the-press graphic novel seems to be in hot water, with the National Arts Council (NAC) revoking its $8,000 publication grant because of the “sensitive content”.

The Art Of Charlie Chan Hock Chye by award-winning comics artist Sonny Liew tells the story of a Singaporean artist who represents 60-odd years of local history through his satirical comics.

The 1987 Operation Spectrum, when 16 people were detained allegedly over a Marxist conspiracy to overthrow the Government, is turned into a plot to replace all music in Singapore with the melodies of American singer Richard Marx.

Published here this month by Epigram Books, the comic scored a publishing deal with American publisher Pantheon for an international edition next year.

It was awarded a grant of $8,000 from NAC before publication, of which $6,400 was disbursed, according to Epigram Books’ publisher Edmund Wee. He will return the $6,400 and is printing stickers to cover up the arts council logo in the printed books.

Sonny Liew is also known for his work on [[[My Faith in Frankie]]] together with Mike Carey and Marc Hempel, and Marvel Comics’ [[[Sense and Sensibility]]] adaptation.