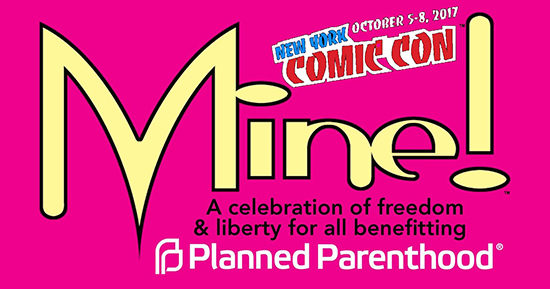 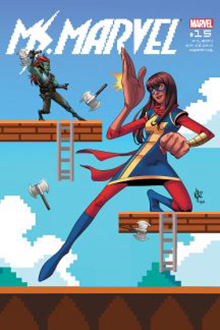 This past week or so has been about getting ready for NYCC. ComicMix has a panel for our successfully funded comics collection, Mine!, which benefits Planned Parenthood. I’ll be there with fellow ComicMix team members Molly Jackson, Mike Gold and Mindy Newell as well as Mine! contributors Tee Franklin, Gabby Rivera and moderator Sheilah Villari. We’ll be at room 1A02 from 1:30 pm to 2:30 pm on Saturday, October 8 at the Javits Center on Manhattan’s mid-town west side. If you’re at NYCC, please come on by – we’ll have a sneak peek at some new art from the book!

This past week or so, there has also been more than a little turmoil in the comics community.

Since I wrote my piece about the Aubrey Sitterson incident a couple of weeks ago, events surrounding #ComicsGate have escalated. From blocking and doxxing to accusations and deplatforming, things are really intensifying in the lead-up to NYCC as followers and subscribers keep going up after these conservative comics critics involved. Because of everything that’s been going on I feel that it’s important to discuss this further.

As I stated last time, part of what’s been going on has been that comics critics on YouTube and social media who lean conservative (or libertarian, in this instance) are calling out specific creators for their content; being Social Justice Warriors (SJWs); and are, in some cases using direct and targeting language that attacks a creator for their minority status. Often in cases like this, and #ComicsGate is no exception, some followers end up taking things to the next level and using even more divisive and hurtful language and carrying out acts of targeted harassment and doxxing.

A video one comics critic released last week specifically targeted one comics journalist. The video ended up being flagged, then deleted by the uploader. Not long after, more videos were flagged on this comics critic’s YouTube account, leading to the account in question being suspended. Tensions have risen as accusations of attempted deplatforming of comics critics by comics journalists are being raised. As in #GamerGate, we are seeing similar arguments of “It’s about ethics in journalism,” whether or not that’s the actual issue.

Whenever issues like these come up or any other divisive politically driven issues arise you often hear the same things. You hear people talk about how the other side is horrible, how we shouldn’t even attempt to understand them and how we need to focus on beating them back and diminishing them. But in my case, I usually like to at least understand how things have come to be how they are. 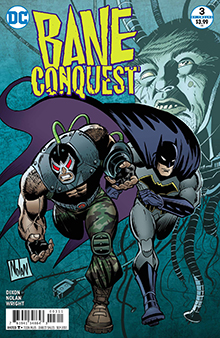 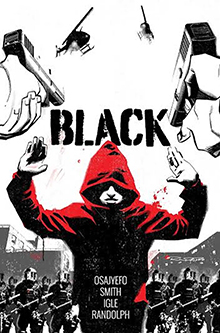 Many of these conservative-leaning comics critics do more than provoke harassment of comics professionals to whom they are opposed: They’ve built a community. Like-minded comics fans who have similar issues with the direction that mainstream comics are going in get together for online hangouts, talk about the comics and creators they like, and more. Some of what they talk about I can even get behind, like how Black Bolt is one of my favorite books that Marvel is putting out right now. It’s easy to paint everyone involved as a troll, and that’s not to say there aren’t any trolls involved, but there are a lot of others who are fans of comics that want to see changes made and get riled up and moved to action when they can rally against perceived hypocrisy and calls to violence from the left.

Look, I’m an unapologetic liberal and political activist — I’m working on a Planned Parenthood benefit anthology, after all. That said, comics is not an exclusively liberal or conservative space and we have to exist without this level of conflict. There are plenty of conservative voices in comics who have put out quality work over the years including Chuck Dixon, Mike Baron, and Frank Miller. I (and others) am not advocating for an eradication of conservative thought from the comics medium.

Conservative voices in comics aren’t ever going to go away. If these comics critics, or anyone for that matter, want to be taken seriously by the comics industry that they’re criticizing then they need to drop the bigoted language and personal targeted attacks, and lead by example and call out the increasingly abusive behaviors of some their followers. 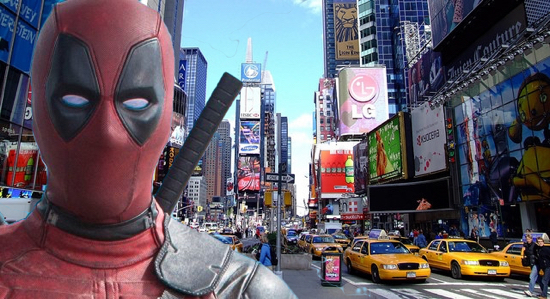 I’d like to welcome Molly Jackson to the cacophonous, crazy, crackling, close comradeship that is the corral of ComicMix columnists. Molly’s first piece is on Star Trek: Voyager. She, like, me is a devoted fan of Captain Katherine Janeway, Commander Chakotay, Lt. Commander Tuvok, Lieutenant Tom Parris, Lieutenant B’lanna Torres, the Doctor, Kes, Neelix, and Seven-of-Nine.

In fact, I think that every columnist here is a fan of Star Trek, in its various incarnations…or at least one particular series or movie. (Hmm…is it a prerequisite?) Anyway, as I responded to Molly in the comments section, it’s a weird bit of synchronicity that her first column is about Voyager. Last week I finished binging on the entire series courtesy of my DVD set. I was so into reliving it that I was actually pissed off as the final episode ended!

Molly, you’re so right – it was a great, great piece of ST mythos (im-not-so-ho)! Kate Mulgrew – I can’t even imagine Genevieve Bujold in the role – as Katherine Janeway put as strong an indelible mark on her character as Shatner, Picard, or Brooks. (Bakula, im-no-so-ho, got shafted by the network – he never really got a chance to “quantum leap” Archer out beyond the original series bible.)

My only complaint is that final scene in the final episode. I wanted more. We should have seen the crew actually set foot on Earth again after seven years. Do you think that the surviving Maquis members would be arrested and dragged off to the jail? Do you think that Janeway’s fiancée would be there – and would he leave his wife home? Do you think they’d start an affair? How would Seven of Nine integrate in society? At the very least, we should have seen the reunion between Admiral and Lt. Tom Paris…and the Admiral’s introduction to his new granddaughter.

I forgot to mention last week that the January 16 issue of Entertainment Weekly (the one with Paul Rudd as Ant-Man on the cover) had a very nice piece in the “News + Notes” section on Kelly Sue DeConnick and Matt Faction as “The First Couple of Comics.” The very complimentary – and deservedly so! – story had a sidebar listing other “power” couples (as EW termed them) in the four-color world – Terry and Rachel Dodson, Mike and Laura Allred, Stuart and Kathryn Immomen, Walter and Louise Simonson, and Amanda Connor and Jimmy Palmiotti.

When I read the piece, I said to myself, “Hey, what about John Ostrander and (the late) Kim Yale?” I meant to send off an e-mail to EW, but being a lazy, procrastinating shit, I never got to it.

However, someone else did.

“Loved the piece on Kelly Sue DeConnick and Matt Fraction, but when listing other power comics couples you omitted John Ostrander and the late Kim Yale. Their run on Suicide Squad put it on the map and influences the upcoming movie. Ostrander’s still turning out good writing, and Yale influenced many women who followed her.”

Oh, and I think the casting of Paul Rudd as Ant-Man is brilliant.

There’s also a story in this week’s EW on Richard Selzer, a.k.a. Mr. Blackwell of the infamous “Hollywood’s Worst-Dressed List.” Alumni include Elizabeth Taylor Cher, Raquel Welch, Madonna, Dolly Parton, Whoopi Goldberg, and Lindsey Lohan. Got me to thinking of how the inheritors of critiquing celebrity fashion choices, like Joan and Melissa Rivers, who owned the red carpet for the E! network at events like the Oscars, the Golden Globes, and dissected star fashion on Fashion Police for the same network, would do at assessing the “costume” choices of the superhero population. Lots and lots of comments about wearing their “underoos” on the outside, I bet!