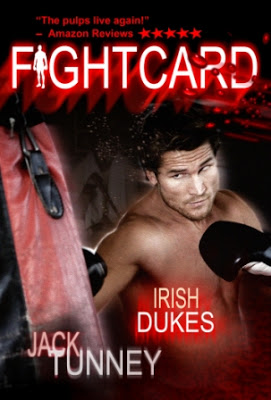 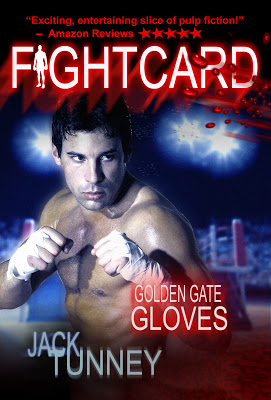 IDW Publishing has released their pulp-related December 2012 Solicitations. Bookstores and Comic Shops order these books now for December in-store date. Make sure you let your store know what books you’re interested in seeing on the shelves. 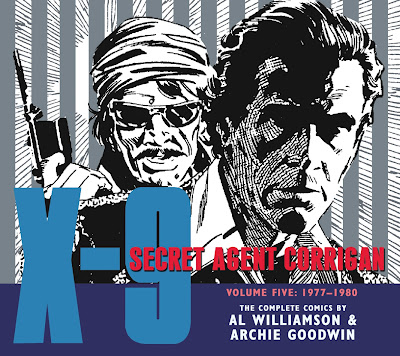 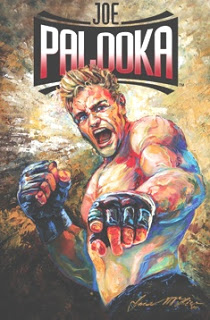 Joe Palooka # 1 (of 6)
Mike Bullock & Matt Triano (w) • Fernando Peniche (a) • Jace McTier (c)
The legendary Joe Palooka name returns in this all-new version, as Joe fights for his freedom and for his life around the world. Set in the violent and dangerous world of top- tier mixed martial arts, this series will get you in its grip and not let go until you tap out.
Accused of a murder he didn’t commit, Nick Davis flees a police manhunt, picks up the name Joe Palooka in a Tijuana tough-man contest and then travels the world seeking to clear his name while making a name for himself at the same time.
FC • 32 pages • $3.99
*Variant Cover:
Marat Mychaels variant cover!
Bullet points:
• Top UFC superstars are on board and the first full-length MMA comic book ever has MMA and UFC fans BUZZING in anticipation of Joe Palooka’s release. 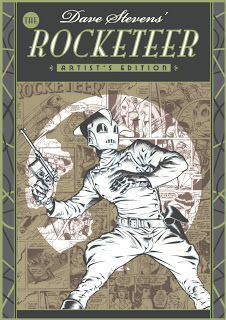 Dave Stevens’ The Rocketeer Artist’s Edition New Printing
Dave Stevens (w & a & c)
Dave Stevens’ The Rocketeer: Artist’s Edition was the first Artist’s Edition and it was a runaway hit, selling out in near-record time. Now, due to incredible demand from both fans and retailers, IDW is bringing this Eisner Award-winning book back with a snazzy new edition! This Artist’s Edition collects both Rocketeer graphic novels in their entirety. Nearly every page has been scanned from Dave Stevens’ beautiful original art!
HC • BW • $75.00 net discount item • 140 Pages • 12” x 17” • ISBN: 978-1-61377-572-1
Bullet points
• What is an Artist’s Edition?
• AN ARTIST’S EDITION PRESENTS COMPLETE STORIES WITH EACH PAGE SCANNED FROM THE ACTUAL ORIGINAL ART.
• While appearing to be in black & white, each page has been scanned in COLOR to mimic as closely as possible the experience of viewing the actual original art—for example, you are able to clearly see paste-overs, blue pencils in the art, editorial notes, art corrections. Each page is printed the same size as drawn, and the paper selected is as close as possible to the original art board.
• See these classic tales as they first appeared: On Dave Stevens’ drawing board! 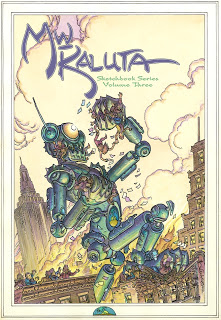 Michael WM. Kaluta: Sketchbook Series, Vol. 3
N/A (w) • Michael WM. Kaluta (a & c)
The third volume of the Michael Wm. Kaluta Sketchbook series continues to showcase the acclaimed artists lovely drawings, doodles, preliminaries and illustrations. All scanned by the artist from his personal sketchbooks, and nearly all has never seen the light of day before now. This book, and the entire series, are a treasure trove of gorgeous Kaluta art!
TPB • B&W • $9.99 • 48 pages • 8.5” x 11” • ISBN 978-1-61377-536-3

You can learn more about IDW and their books at www.idwpublishing.com.

FOR YOUR FREE COPY OF THIS ACTION PACKED E-ZINE SEND AN EMAIL REQUEST TO: fightcardseries@gmail.com

Fight Fictioneers Magazine (FFM) is a vehicle for both promoting the Fight Card series and also the best fight fiction in general. Immense thanks are due to our Fight Card team member in Australia, David Foster (Fight Card: King Of The Outback), for his hard work and diligence in formatting and bringing this issue of FFM into the virtual world (as he did with Vol 1).

Hopefully, there will be another issue to kick off the new year as we march into 2013 with the Fight Card banner held high. FFM Vol 2 will be made available for free to anyone who asks for a copy, so please distribute copies to your friends and fans. Any feedback would also be appreciated …

Congratulations to Fight Card authors Mel Odom (Omega Blue), Eric Beetner (The Devil Doesn’t Want Me), Heath Lowrance (City Of Heretics), Mike Faricy (Bombshell), and David Foster (The Librio Defection / Bushwhacked – both under his James Hopewood pseudonym), among others for the successful launching of new critically acclaimed titles – all available on Amazon. Way to go, gang! 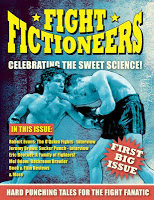 There are other specific plans afoot for Fight Card in 2013, which I will reveal both as they firm up and as I am allowed to talk specifics.

For those who missed it, you can also request a copy of Fight Fictioneers #1 as well. Email fightcardseries@gmail.com for details.

FROM PAUL BISHOP, FIGHT CARD BOOKS!
Greetings Fight Card Team and friends of Fight Card …
We are pleased to announce our brand new Fight Card website: www.fightcardbooks.com
Thx and appreciation to Jeremy Brown (author of the dynamite MMA themed Suckerpunch, the upcoming sequel Hook and Shoot, and one of the first Fight Card MMA novels for publication next year) who volunteered his skills and patience to make the site a reality.  As always there are still a few tweaks to be made as we add more Fight Card authors, books, links, and other content to the site, but please take a look and tell us what your initial thoughts are … Suggestions and ideas are always welcome — This is a team effort.
In other Fight Card news, our next title (September 1st) is Bluff City Brawler from Heath Lowrance, followed by The Knockout from Robert Randisi, Irish Dukes from Mike Faricy, and Rock-Face Bred from Robert Evans.
David Foster is busy working on the next issue of Fight Fictioneers, which will also premiere in September.  Be sure to check out David’s new fight fiction short story, Bushwhacked (written as James Hopwood http://tinyurl.com/8obzybx) and his retro-spy novel, The Libro Deception (also written as James Hopwood  http://tinyurl.com/8cyso2u).
We have a number of big things planned for Fight Card in 2013, including the premiere of Fight Card MMA and other Fight Card brands.
Thanks to all of you who have helped support the Fight Card novels on your blogs and with reviews.  And thanks to the Fight Card Jack Tunneys who continue to astound me with the quality of their prose and the high standard of storytelling.  Great work!
Paul

NEW PULP GETS IN THE RING WITH ‘FIGHT CARD’ FROM BISHOP AND ODOM!

ON THE FIGHT CARD!
A Special All Pulp Report and Release from Paul Bishop (www.bishsbeat.blogspot.com) 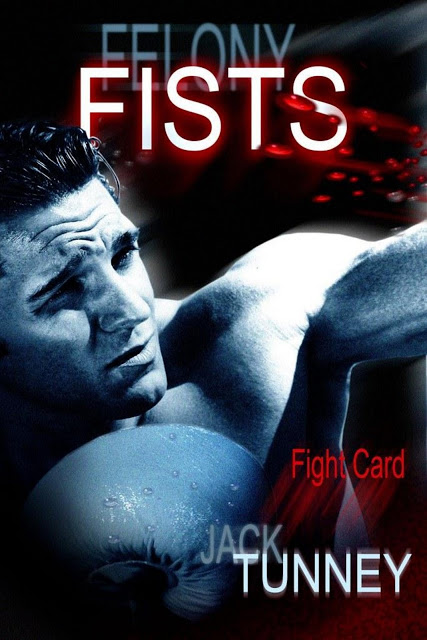 Iron Man 2 screenwriter Justin Theroux told MTV’s Splash Page that the Entertainment Weekly reports as to why Terrence Howard was dropped from the cast in favor of Don Cheadle were not entirely accurate.

“All that stuff that was in the EW article,” said Theroux regarding statements Howard was being dropped when the story being crafted minimized Rhodey’s role,. “I don’t know. I can only tell you what I know which is that from a writing standpoint we didn’t do anything differently [with the character]. It’s not like we were sitting there going, we need less of this or that. We just approached the characters and the story on their own terms.”

Meantime, Spoiler TV found some casting sheets for parts in the sequel which is set to shoot in April 2009 for a May 2010 release.

The parts being cast include: