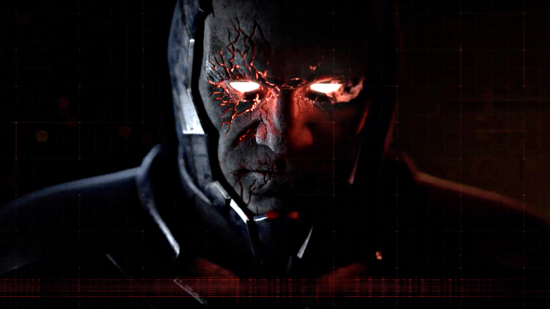 Whereas both feed nicely into the mythic environment, both suffer the same problem. If they can do anything, what can they do next?

Many decades ago, Michael Moorcock more-or-less tackled this question in his “Dancers at The End of Time” series of novels. Those who lived in the pocket universe of Moorcock’s creation could create, recreate, and alter any aspect of “reality” at any time. But this series was much more fantasy than heroic fantasy, even as contained within the author’s dark worldview. Characters are omnipotent, but they remain individuals with their own unique flaws and predilections. 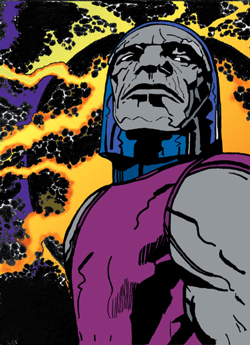 In contemporary superhero stories, in comics and in the sundry external media, we do not have the luxury of controlling our landscape. We work in collaborative environments with a nearly infinite number of characters, and it seems damn near as many creators. So if one creator had something very specific in mind, in short order diverse hands will interpret it, reinterpret it, mold it or simply ignore it in order to fit the needs of the present story.

Let’s take Darkseid as an example. When Jack Kirby created him, he maintained complete control of the character. Nobody else in the DC universe deployed him for use in their storylines. One could argue that much of the DCU at the time could have used a massive Kirby infusion; then again, one could argue that such appropriation would have pissed Jack off the way it did when he was creating magic at Marvel.

Jack’s Darkseid was about as omnipotent as a character could be. I had the impression that when one of his well-populated schemes was near defeat, the stone-faced guy simply found it … interesting. He would note the results, evaluate the efforts of his lackeys, and move on to the next scheme. “Whatever doesn’t kill me makes me stronger,” or, at least, wiser. It would have been interesting to see how far Kirby could have taken that.

After he left DC, others picked up the characters and the mythology and slowly but surely incorporated it into the DCU. Some – many – of these writers and artists were among the best working in the genre at the time. But by expanding Darkseid’s story turf, they had to weaken the guy slowly but surely. He remained the most evil of the bad guys, but he was just that: the badist of a well-known and growingly tiresome bunch. The more he was around the more he was defeated, and he couldn’t continue to simply walk off-panel with his arms behind his back nonchalantly voicing philosophical folderol. 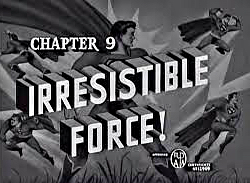 Overuse undermines the uniqueness of the character. Just ask The Joker.

So how do you stop the unstoppable, or, as Superman editor Mort Weisinger said (frequently), “What happens when an unstoppable force meets an immovable object?” Well, what could happen is, you get one hell of a good superhero story.

After that, such characters get weakened or get tiresome or both. There’s no suspense in repeatedly observing the adventures of a being that is both unstoppable and immovable. You can bring the character back after a significant period – something superhero comics seem incapable of doing – when and only when you have a story that is worthy of its cast.