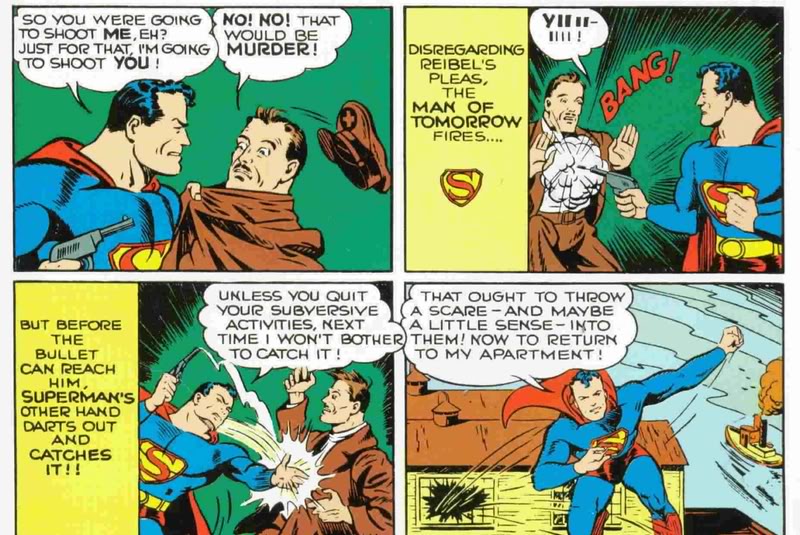 Glenn Hauman: Should The Never-Ending Battle Have Casualties?

With the imminent arrival of Batman Vs. Superman: Dawn Of Justice, a lot of the old arguments generated from the previous film are being taken out and argued. Most prominently on one side of the argument is Mark Hughes filing at Forbes, he other is most eloquently represented by Mark Waid, who has the advantage of, y’know, actually having written the character numerous times. (for starters) and Kevin Powers.

@markhughesfilms @Forbes I can't believe a company like Forbes gave you a forum to whine about how you lost a Twitter argument. Get lost.

Very little amuses me more than being told I "fundamentally misunderstand" Superman. (Though this is NOT an invite.)

"Superman should champion internment camps because he did in a story in 1943." See how dumb that sounds?

Regular readers of this site can probably guess where we come down, and yet, we still understand the conflict leading so many to wondering. A strange visitor with godlike powers that was sent here by his father from above is known all over the world for his great deeds, constantly watching over us and protecting us from great evil while walking among us, and yet people say it isn’t enough– he doesn’t reflect the world we live in today. The man on the street can’t identify with him, and so his story must be changed to become relevant to a mass audience. In light of this, it seems only fair to ask…

Oh, wait. That probably should have read “Superman”.

Surely you can understand the confusion. People go every week to a special spot and plunk down money to hear stories about his life and teaching by example, be entertained, and hopefully enlightened. 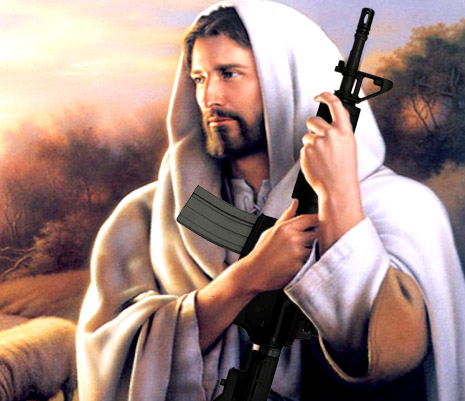 And yet, it does seem that we’re hearing a different version of those types of stories a lot lately, doesn’t it? “Superman should kill people, and fight only for Americans!” “Jesus would take a submachine gun to those Roman soldiers trying to put him on the cross, and then haul ass after Judas!” “Superman will protect our way of life by any means necessary!” “Christ commands us to hate gays!” “Kindergarten teachers should carry guns!” “Soldiers should waterboard family members!”

The people who say those things are fundamentally missing the point. And what they say shows not only that they don’t understand, but that they are crude, materialistic, self-serving, cruel, and antithetical to the teachings of their stories. Rather than aspire to their level of goodness and hope, they insist on dragging the hero down to their level after a quick mud bath for good measure, because it’s what they would do themselves.

All of this would be bad enough, but it gets worse. Because lately, these same sorts of people who say Superman should kill have also been using another phrase about someone else:

Yeah, that’s what worries us… that many people really have been having thoughts like that, and have been all along, along with other thoughts they wouldn’t dare say out loud, and they were just waiting for someone to come along and let them express their innermost desires. A man of wealth and taste, who doesn’t feel ashamed about flaunting it.

As it turns out oh-so-conveniently for the theme of this column, there’s a comic book character who’s been making a splash in other media who does the exact same thing.

Maybe you’ve heard of him. Hope you guessed his name.

It’s been a couple weeks since we got the news of this coming fall’s network TV lineups. Many have noted it’s a golden age for comic-sourced television. One of the fall’s new shows on FOX will be Lucifer, based on the series of the same name featuring characters created by Neil Gaiman, Sam Keith & Mike Dringenberg for DC Comics.

Not so surprisingly, a show about The First of The Fallen getting bored with his tenure ruling Hell so he moves to L.A. to be a nightclub impresario has some folks upset, namely the American Family Association and its offshoot OneMillionMoms.com. AFA & OMM have started online petitions to “urge Fox [to] drop plans to air Lucifer” citing “The program previews mischaracterize Satan, departs from true biblical teachings about him, and inaccurately portrays the beliefs of the Christian faith. By choosing to air this show, FOX is disrespecting Christianity and mocking the Bible.” OMM also points out that “Previews of the pilot episode depict graphic acts of violence, a nightclub featuring scantily-clad women and a demon,” as objectionable content.

OneMillionMoms.com state that “Our goal is to stop the exploitation of our children, especially by the entertainment media,” which begs the questions: Why haven’t they gone after the source material? Why are there no online petitions against any comics or comic book publishers on either the OMM or AFA sites? Doesn’t Fredric Wertham’s theories of youth corruption dovetail nicely with their “values”? Are comics not an entertainment medium?

At the time of this writing 9,175 “Moms” had e-signed (that’s almost 1% of one million) and 53,386 e-signatures have been collected on the AFA petition. It’s unclear if AFA’s numbers include the Moms or not. Oh, and the trailer has 565,783 views on YouTube.

It’s probable that if their petition fails to get FOX to cancel the show prior to its 2016 airdate, they will turn to the tactics they are currently using against TV Land’s Younger and urge sponsors to pull their spots.