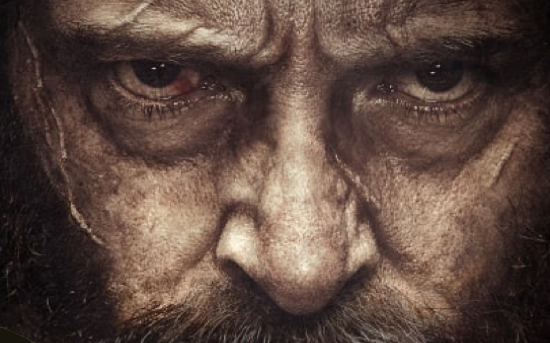 I don’t always get around to seeing movies that I want to see while they’re in the theaters. I prefer seeing movies first in the theater and preferably in IMAX. I love the big screen and I think that’s how they were meant to be seen. I don’t mind seeing it later on the small screen, especially if I still have the memory of seeing the large-scale version.

Sometimes, for one reason or another, I just don’t get around to getting to the movie theater in time to catch the feature. Logan was one of those films.

As you already probably know, Logan is the last film that Hugh Jackman will make playing Wolverine. It’s a part that made him a star and that he basically owns. This time it’s set in the not too distant future of 2029 and things have not gone well for the mutant population. (Spoiler alert: if you haven’t seen the film and want to, best stop reading now or you may learn more than you want to.) By inference, we learn that there are almost no mutants left and none have been born in the past 25 years. There was some kind of unspecified disaster around the school in Westchester NY several years back.

Logan is now keeping it on the down low near the Mexican border as a driver/bodyguard. He drinks a lot and he’s sick; his mutant healing factor is fading and the adamantium that laces his bones (and claws) is poisoning him. He’s also taking care of Professor X, Charles Xavier (played once again by Patrick Stewart, who has said this is also his last go-round with the X-Men), who is also ailing. The man with the most powerful brain in the world is losing control of it; every once in a while, he has seizures that wreak havoc on everyone near him.

Into Logan’s and Professor X’s life comes an 11-year-old girl named Laura who is a mutant, who may have been created in a lab where she was dubbed X-23. She also has retractable claws, rage issues, and a violent nature. Sound like anyone we know? She is Logan’s “daughter” in that his DNA was used to create her.

The movie is a road picture, one in which Logan, Laura, and Professor X are chased as they try to find their way to a possible haven. The film is very violent (having earned an R rating) and bleak. Very bleak.

Professor X founded the X-Men in the belief, the hope, that mutants and normal humans could find a way to live together. His frenemy, Magneto, didn’t think they could and his path was more violent. He saw humans and mutants as being at war.

Evidently, Magneto was right. That appears to be the premise of Logan – very few mutants are left and the ones that exist are being hunted. Xavier was wrong.

That’s also been the premise of more than a few X-Men comics that touch on the future. I don’t recall seeing one such future where Professor X’s vision came true. I will admit, I find that a bit depressing. It seems to me to undercut some of the basic premise of the X-Men – that there is hope that all these different types of people can live together. The X-Men have been stand-ins for so many different persecuted minorities. Xavier’s dream, his vision, has always held out hope to me that our differences can be overcome, however tough the battle.

That’s not what Logan seems to say.

I don’t know if I have the right to gripe. My career seems to be about anti-heroes and bleak characters and bad times; it’s how I make my living. I can certainly see the allure in taking that attitude in Logan; it feels closer to life as we see it these days. More and more so all the time. But maybe that’s why we need a little more hope.

This is not to say that Logan is a badly made film; far from it. It’s not simply violent; it’s intelligent and well written and has wonderful performances. In the blu-ray pack that I bought, I had a chance to experience it in black and white. They call it Logan Noir and it has the feel of noir films of old. I was very impressed.

I was also a little saddened. It’s hard to watch a dream die, especially one that was meant to give us hope. These days, I think we need all the hope we can get.