Mindy Newell: May The Force Be With Us 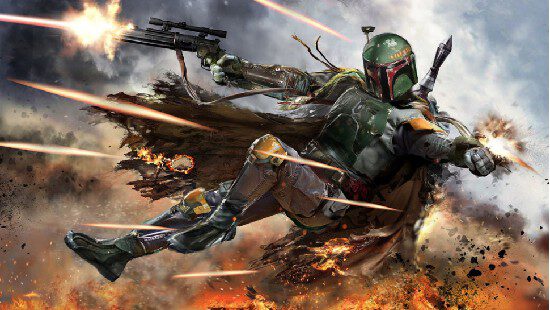 Five days and counting down.

Not that I’m complaining.

Of course I’m talking about Star Wars: The Force Awakens, J.J. Abrams’ newest baby, which he “adopted” from George Lucas when Disney bought Lucasfilm. To tell you the truth, I’m very nervous about the film, the saga having been tainted by the prequel trilogy – although Return of the Sith was somewhat saved by the final light saber duel between Obi-Wan and Annakin. Still, Lawrence Kasdan is part of the writing team, and he is responsible, along with the late Leigh Brackett, for what I consider the best of the Star Wars saga, The Empire Strikes Back.

Aside: Once upon a time I sent Marvel editor Louise Simonson a story treatment for What If? – it was an alternate version of Empire’s ending, in which the twist was that Darth Vader got to Luke, hanging on that weather vane or radar apparatus or whatever it was, before the Millennium Falcon. She called me and told me that she loved it, but since Marvel’s Star Wars was a licensed property, I couldn’t do anything that reworked the canon. That was my first experience dealing with licensed properties. And by the way, I think it is a major sin that ComicMix’s own John Ostrander and his work on Star Wars for Dark Horse, who inherited the license from Marvel, was cut out of the “new, official” history.

Anyway, like many of us I have been bemused by what it seems to me to be an overdosed marketing campaign launched by Disney, although in an online story dated December 8 by Robert Hackett for Fortune magazine, he quotes Disney CEO Bob Eiger calling the publicity machine “extremely deliberate” and “carefully constructed” and specifically saying “We are managing this with great care.” The article goes on to say that Disney has spent only $17 million on public relations, against the usual $50 million that movie studios typically spend on “blockbuster” movies.

Of course that $17 million doesn’t count the seven marketing partners that are flooding the airwaves, including Fiat Chrysler. To be honest, I do find some of these ads very clever and amusing. I just saw an ad for Dodge, which the company titled “The Force Gathers.” With “The Imperial March” ominously playing, a black Dodge Viper – a stand-in for Darth Vader – leads an army of white Dodge Chargers, Challengers, and Durangos, i.e., “Stormtroopers,” down a major metropolitan street, passing scared pedestrians and heading towards two very nervous parking valets standing in front of a theatre playing The Force Awakens. The fun twist is the homage to another major film that changed movies forever, as one valet paraphrases to the other, “We’re gonna need more valets.”

Still, part of me is sad and misses those halcyon days when a sci-fi fantasy space opera made on the cheap exploded onto the world through simple word-of-mouth. Those days, I think, are pretty much gone forever.

Star Wars: The Force Awakens carries a huge monkey on its back.

I really hope it doesn’t let us down.

Thanks and a tip of the Dark Helmut to Nerdist.com for the awesome hunk of art atop this column.