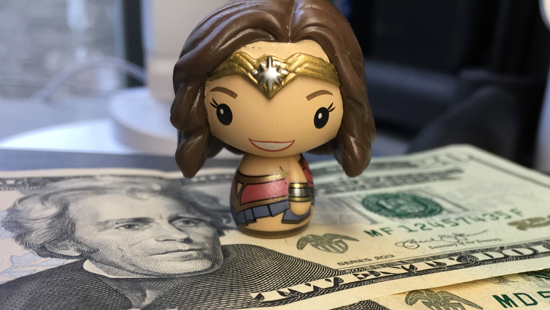 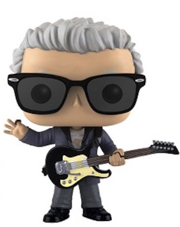 Last week, we had one of those delightful father/daughter days when Adriane and I went diving for Funko. According to our drivers’ licenses, we are “adults” but, according to our predilections, we are “fans.” Personally, I’m only an adult when I’m on the clock, and then only when I’m in court. Hey, it’s a living. 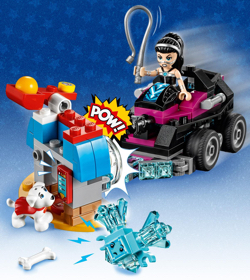 Whereas we, like most of you out there in comics ethersphere, saw Guardians of the Galaxy Vol. 2 the week before, we weren’t really looking for GOTG stuff. Oh, sure, if they’ve got a Funko Pop with Baby Groot teething on Drax’s arm I’m buying it but, as you probably know better than me, the really good shit is grabbed well before the movie opens. Nope; we were spelunking for Wonder Woman chachkas, coming soon to a theater near you.

The trick is, there are certain Pops that are made exclusively for certain retailers. Target has theirs, Electronics Boutique and Game Stop have theirs, and so on down the drive past the malls and big box stores on the road formally known as “Main Street.” So doing the fanboy supermarket sweeps involves checking out a number of establishments.

Despite Adriane’s adulthood, she’s more familiar with the product than I am. It’s not like I don’t have a small shitload of Funko stuff, but Adriane’s collection could fill a warehouse. That’s fine by me, as long as I don’t have to schlep it the next time she moves. And Adriane doesn’t want to have to move my comic book collection. This is known as “21st-century quid pro quo.” So as we zot down the aisles, Adriane brings to my attention the more unusual stuff. 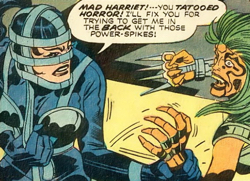 Which brought us to the Lego aisle. To be specific, it brings us to the Lego Lashina toy. Yes, your favorite Jack Kirby S&M character is now a Lego toy. This is pretty damn cool, unless the Department of Children and Family Services tends to frequent your home.

I realize Lashina is a card-carrying member of the DC Universe in all its forms. She’s been in the Suicide Squad. She’s been on Smallville. She’s been on sundry DC cartoons. And, honestly, I’m not opposed to S&M among consenting… um… Lego toys. Maybe she’ll get her own Lego movie. 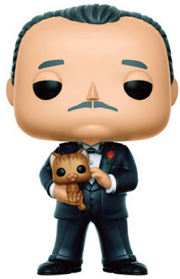 But somebody’s gotta tell me what Krypto is doing there.

We didn’t get many Wonder Woman exclusives (remember when they were called “chase cards?”), but I did score a great Peter Capaldi as the guitar-playing Doctor; something to hold on to as they jerk us around with the “who is the new Doctor” bit… even though the BBC already filmed the regeneration scene.

I suspect Adriane will keep an eye on eBay, the best place on Earth to overpay for already overly expensive collectibles. The forthcoming Wonder Woman movie allows us to resurrect and adapt an old joke: Funko Pop! can market an invisible bi-plane in an empty box. 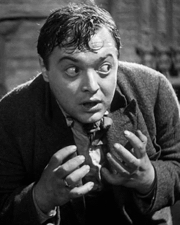 I wonder what that will go for on eBay.

Then Adriane showed me the Funko Pop! Vito Corleone.  Yep, The Godfather. Hey, they had to put something next to their Fredo vinyl. Why not a murdering drug dealer who refuses his Academy Award?

As weird as that seems to me, to be completely honest when (not if) Funko comes out with a line of Pops dedicated to Fritz Lang’s M… I am there!