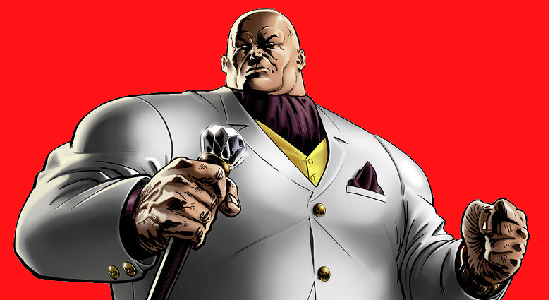 “Today, the only reminder that this stretch of (Manhattan’s) SoHo was once a forest of filling stations known as Gasoline Alley is a coffee shop of the same name that sells single-origin coffee beans from Burundi.” • Sarah Maslin Nir, “With Gas Station’s Closing, A Fuel Desert Expands in Manhattan,” The New York Times, April 22, 2016

“On a block where a kebab could once be had at 2 a.m. from Bereket, the 24-hour Turkish restaurant that was forced to close in 2014, there will now be a 30,000-square-foot Equinox gym and spa with a lounge and juice bar; condo residents will be able to access the two-story gym through a private entrance. Gone too, are places like Ray’s Pizza and Empanada Mama. While such spots and the unmemorable single-story buildings that once housed them could not claim any historic significance, they were popular haunts that gave the area its character…” • Ronda Kaysen, “Alongside the Pastrami, Luxury Condos,” The New York Times, April 24, 2016

Over the years I have marveled (no pun intended) at the changes on the Lower East Side as gentrification and real estate developers have mutated the ramshackle buildings and tenement apartments into glass-and-steel buildings, luxury lofts, and upscale storefronts. Boy, has the neighborhood changed! The streets on which so many of our immigrant ancestors first claimed their status as Americans and which were indelibly imprinted in the public’s minds in movies like Crossing Delancey, Godfather II, and When Harry Met Sally are disappearing, only to be witnessed as black-and-white pictures from a Ken Burns documentary.

But one beat-up, dirty, and unobtrusive “landmark” remained: the gas station at the corner of Lafayette and East Houston, opposite the Puck Building. It was always there. The last surviving “member” of “Gasoline Alley,” it closed on Thursday, April 22, soon to be replaced by another glass-and-steel building with luxury lofts and upscale storefronts.

So what does this all have to do with comics?

Well, nothing much, really, except that in preparation for watching the second season of Daredevil on Netflix, I “rebinged” on the last half of its first, so that the “new” Lower East Side’s redevelopment into a Lifestyles of the Rich and Famous episode, a “private” community for the 1% – or is that 0.25%? – seemed to especially hit me hard this year; I felt a mixture of poignancy for what has been lost, anger at the disrespect to history, and, yes, I admit it, an appreciation of the new metropolitan beauty of downtown. And I also thought of all those obscenely rich real estate developers and their corporations. Which made me think of Wilson Fisk.

Now I’m not accusing anyone of blowing up whole blocks or of killing tenants reluctant to move; still, Fisk’s plans for Hell’s Kitchen – which these days barely resembles the streets on which the Jets and the Sharks danced and rumbled in West Side Story – and, more specifically, what happened to Elena Cardenas and the apartment building in which she lived are only an extrapolation of what actually happened…

Built in 1881, making it the second-oldest apartment house in New York City, the Windermere sits at the corner of 57th Street and Ninth Avenue. In 1980, the owner, Alan B. Weissman, wanted in on the booming redevelopment and gentrification that was the first phase of the rezoning of Hell’s Kitchen by New York Cit, so he set about trying to get the tenants to leave. Apartments were broken into and ransacked, doors and locks were broken, prostitutes and junkies moved in, and the occupants claimed, in court, to have received death threats.

Weissman was never directly linked to these activities, but his managers were sent to jail and he and wife ranked #1 in the 1985 Village Voice edition of “The Dirty Dozen: New York’s Worst Landlords.” In 2007, the New York City court system ordered the building and the seven remaining tenants protected, despite the derelict living conditions. the state of disrepair of the Windermere itself. and the demolition of its neighboring buildings as redevelopment boomed. The tenants were finally forcibly removed in 2007 by fire department, citing dangerous conditions, and the building has remained empty. Last year, the new owner, Mark Tess, was named to the “25 Worst Landlords” list by the city’s Public Advocate office.

Fisk’s dream to remake Hell’s Kitchen stemmed, I think, from a desire to wipe out the memory, the last vestiges, of what happened in that dirty little rat hole of an apartment somewhere in the dregs and darkness of Hell’s Kitchen. (Spoiler alert – though you’ve had a year to catch up, and if I can do it, you have no excuses: For those who haven’t watched the first season Daredevil, Fisk committed patricide – justified, im-not-so-ho, since his father was a total piece of shit in every way imaginable–in defense of his mother.) And, oh, yeah, he was also a megalomaniac. But once you kill your father and get away with it, belief in your own indestructible power can be, um, inspirational.

Foggy and Matt of Nelson and Murdoch, Attorneys-at-Law, through the power of the courts, managed to get Fisk into federal custody. But one New York institution went another way.

From “Alongside the Pastrami…”:

“While other New York City institutions have succumbed to the insatiable appetite of a hungry real estate market, the 128-year-old Katz’s Delicatessen, with $19.95 pastrami sandwiches and a legion of fans, found a way to hang on.

“Last year, the family-owned deli at 205 East Houston Street sold two neighboring properties and its air rights for about $17 million, paving the way for a developer to build an 11-story condominium next door. The arrangement ensures that, for at least another generation, New Yorkers will be able to get corned beef and brisket at the Lower East Side deli that was immortalized in the 1989 film When Harry Met Sally.

“The sale was part of a $75 million acquisition of 12 single-story commercial spaces that spared Katz’s, but sealed the fates of all of the other mom-and-pop businesses on East Houston Street between Orchard and Ludlow Streets. They were all displaced to make way for the new condo. Sales are set to start by the end of the month at 196 Orchard, with prices for the 94 apartments starting at $1.075 million for a 551-square-foot studio.”