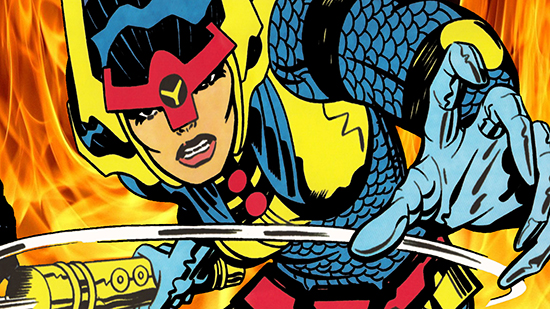 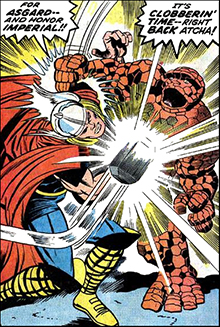 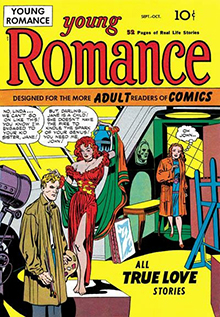 Next Monday marks the 100th anniversary of Jack Kirby’s birth. For one horrible moment, let us consider the following question: what if that birth never happened?

No Captain America. No Fourth World. Probably no romance comics. No Challengers of the Unknown. No Kamandi. No “Marvel Age of Comics.”

Think about that last one for a moment. The Fantastic Four, The X-Men, The Hulk, Nick Fury, Thor, Silver Surfer, Black Panther… most likely, they would not have existed; certainly not as the astonishing successes they were.

I will avoid suggesting the American comic book medium would have disappeared decades ago if not for Jack Kirby, although a case could be made for that argument. If Marvel Comics didn’t happen the way it happened, it’s possible that direct sales to comic book stores would not have happened, and that little phenomenon certainly has kept this racket alive.

Nobody put more power, more energy, more excitement onto a single page. Even when he dialogued his own work when he created the Fourth World for DC Comics – and, to be fair, his dialogue was damn close to self-parody – his story, his concepts and his ability to deliver sheer entertainment were so strong the reader would forgive his few shortcomings. In fact, after a couple panels, we usually didn’t notice. 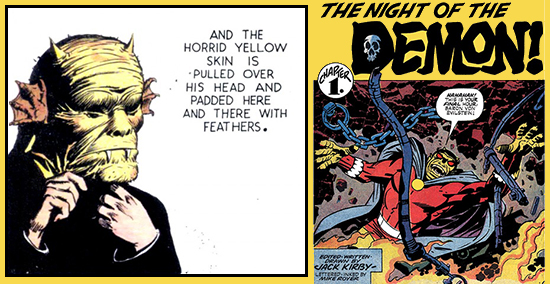 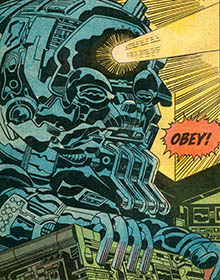 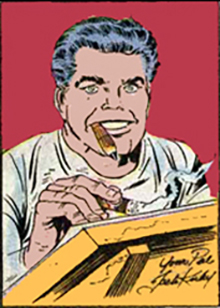 From time to time, artists of subsequent generations would be accused of being too “Kirby-esque.” Well, all artists (including writers, musicians, filmmakers, etc.) tend to reveal their influences, particularly in their early stuff. In comics, there always has been a fine line between influence and imitation. And that applies to Jack himself: the visage of Etrigan the Demon, first published in 1972, bears very close resemblance to a mask worn by Prince Valiant on Christmas Day 1937, drawn by the great Hal Foster. And Jack always was upfront about the source material.

I look at this “influence” thing a bit differently. Instead of accusing an artist of being Kirby-esque, I wonder why some of the others are not. In the early days of their careers, a little Jack Kirby moxie would have helped guide them to their own distinctive abilities.

Sometimes I wonder if some later generation of comics talent will not know of Jack Kirby’s work. I have met many a young’un who was sadly unfamiliar with the work of Alex Raymond, Milton Caniff, Wally Wood, Jack Cole… to name but a few.

I need not worry. If there is one person who has an indelible legacy in the comic art medium, it is Jack Kirby.

Plug number one: I will be at Wizard World Chicago starting tomorrow, and I will be on two panels: one discussing the bombastic Doctor Who convention of 1982, the first major big-time Who show in the States. For three hot, sweaty days Chicago’s Congress Hotel looked like the San Diego Convention Center on steroids. The other panel will be a tribute to legendary artist Jerry Robinson, on occasion of the publishing of Jerry’s last memoir, Jerry and The Joker. Both panels are on Saturday.

Plug number two: Martha Thomases said it best last Friday, and since I’m about to drive off to the above-mentioned convention I shall re-appropriate her words:

You might also want to pledge so you can get a cool book, with stories by Neil Gaiman, Trina Robbins, Rachel Pollack, Becky Cloonan, Stuart Moore, Mark Said, Amber Benson, Louise Simonson, Jody Houser… and Mike Gold… and Martha Thomases!