Even super-heroes need to take a little R&R every now and again. The Hollywood Reporter announced today that Kristen Bell, Kristin Davis and Malin Akerman are joining Jon Favreau, Jason Bateman and Vince Vaughn for Couples Retreat. The Universal backed comedy is directed by Peter Billingsley and scripted byFavreau.

The story centers on "four couples who go to a tropical island resort, with one couple working on their marriage and the others sucked into the resort’s couples therapy." Bell is playing Bateman’s wife, Davis is playing Favreau’s and Akerman is Vaughn’s. Faizon Love will be the fourth male lead, though no female counterpart has been announced.

Nearly every person attached to Couples Retreat has some sort of past or current involvement in a superhero franchise. Kristen Bell recently starred in NBC’s Heroes and is expected to continue on a recurring basis. Malin Akerman plays the Silk Spectre in Watchmen. Jon Favreau directed and starred in Iron Man and its upcoming sequel, as well as played Foggy Nelson in Daredevil. Jason Bateman was recently seen in Hancock. Faizon Love was briefly featured in 1993’s Meteor Man. Kristin Davis recently appeared in The Adventures of Sharkboy and Lavagirl 3-D. Even director Billingsley had a bit role in Iron Man.

Vince Vaughn is the only one left on the super-hero sidelines. While he’s starred in some geek friendly projects such as The Lost World: Jurassic Park, the actor lacks a super-hero franchise to call his own, which begs the question: what super-hero project should Vaughn get involved in, if any, and who should he play? Give us your suggestions!

In a David Blaine inspired effort to promote their newest series Crusoe, NBC will build a giant treehouse in Midtown Manhattan in anticipation of the show’s October 17 debut. The treehouse will be located on Broadway and 51st Street.

Variety reports that NBC is funding a 24-hour webcam stream capturing the goings-on in the treehouse. The feed will be available at www.savecrusoe.com. During the event, polls and contest giveaways will take place, and series stars Philip Winchester (Crusoe) and Tongayi Chirisa (Friday) will make appearances.

Crusoe is the latest adaptation of Daniel Defoe’s classic novel about a British man shipwrecked on a deserted island. Crusoe is accompanied by native friend Friday, and the two team together against cannibals, wild beasts, militias and the forces of nature. On the island, Crusoe builds a breathtaking treehouse in the forest to evade his enemies. 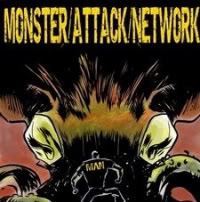 Born today in 1946, we celebrate the geekdom of Dennis Muren of Industrial Light & Magic, the first special effects artist so esteemed that he got a star on the Hollywood Walk of Fame. Noting that he was responsible for the effects in the original Star Wars and that seven (count ’em: seven!) Oscar wins later he’s still at the top of his game are facts not to be overlooked. Among Mr. Muren’s impressive credits are Indiana Jones and the Temple of Doom, Terminator 2, Jurassic Park, the flying bicycles in E.T. and more recently, Hulk and War of the Worlds.

So… what have you done for us lately?

47 years ago, my dad played center on his high school basketball in Patchogue, NY. He told me that one of the tallest guys he ever played against was the center for the Roslyn high school team, standing about 6’9". That center would go on to write novels under the pen names John Lange and Jeffery Hudson, so as to disguise his medical career. Lange, incidentally, means "tall one" in German, Danish and Dutch, and Sir Jeffrey Hudson was a dwarf in the court of Queen Consort Henrietta Maria of England.

Eventually, he started using his own name, writing such works as The Andromeda Strain, The Great Train Robbery, Jurassic Park, and Sphere, and writing and sometimes directing such films as Westworld, Looker, Runaway, and Twister, and creating the long running television series ER.

We could not let this day go by without a big tip-o-th’geek hat to you, so happy birthday, Michael Crichton! (But Charlie Pellegrino still thought of how to find dinosaur DNA first.)

He’s got a chauffeur that’s a genuine dinosaur…

And he can knuckle yo’ head before you count to four.

The formidable dinosaur-replica standing guard at the entrance to the Museum of Science & History in Fort Worth, Texas is a native Southwesterner in more ways than one. The creature goes by the academic name of Acrocanthosaurus atokensis, and as such it was not discovered until around 1950.

But a Fort Worth cartoonist named Vincent T. Hamlin had in fact discovered that unknown monster in the fertile substrata of his imagination – almost a generation’s span before the first Real World unearthing of any fossil remains. Hamlin called the creature by less of a mouthful of a name, and he made Dinny the Dinosaur a prominent player in a rip-snorting comic strip called Alley Oop, about a prehistoric Everyman. Dinny’s resemblance to the Acrocanthosaurus, or high-spined lizard, is uncannily prophetic.

This tidbit of provincial history took on a manifold relevance a couple of years ago with a smart accident of timing. No sooner had the Museum of Science & History opened its epic-caliber Lone Star Dinosaurs gallery, than Fort Worth’s Hip Pocket Theatre launched a stage adaptation of Alley Oop, in August of 2005. The bold juxtaposition of provocative science-fact with adventurous science-fantasy is one of those nowhere-but-Texas coincidences that would leave Vince Hamlin beaming with pride. If he were still around to do any beaming, that is.

In the interest of B.F.D. (Belated Full Disclosure), I should mention that I hold a stake in all these developments. I composed the musical score for Hip Pocket’s Alley Oop. My own book of prehistorical lore, a restoration of the late George E. Turner’s 1950s dinosaur comic strip The Ancient Southwest (TCU Press), had its rollout at the Science & History Museum. And V.T. Hamlin (1900-1993) was my first major-league mentor in the cartooning profession. Sooner or later, everything comes full-circle.

After all, it was the West Texas landscape, with its outcroppings of prehistoric remains and its air of primeval antiquity, that had given the Iowa-born Hamlin an inspiration for Alley Oop, ’way back during the 1920s. He was working as a newsroom cartoonist for the Fort Worth Star-Telegram at the time, producing a comics-panel series called The Panther Kitten, a chronicle of the ups and downs of a tenacious baseball team called the Fort Worth Cats. And Hamlin’s nearness to the natural history of West Texas became a springboard to Alley Oop.

“Y’know, I really created the blueprint for Alley Oop there at the Fort Worth Star-Telegram,” Hamlin told me in 1990. The occasion involved Frank Stack’s and my efforts to compile and annotate a set of Alley Oop reprints at Kitchen Sink Press. Hamlin added: “Well, I suppose I had been drawing the guy who would become Oop ever since I was a kid.