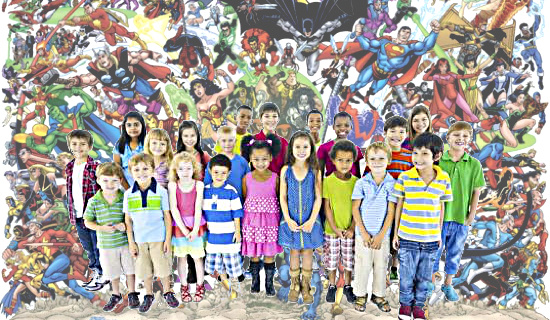 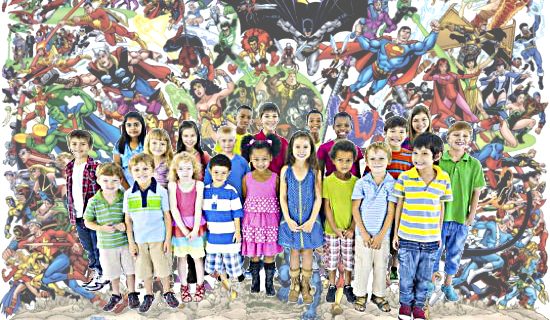 Unshaven Comics has offered me too many moments of pure Trump-level pride. Selling hundreds of copies more than our friends at various comic cons through the sheer force of Kyle’s will. Breaking bread with industry legends. Seeing Stan Lee be escorted by Playboy models so he could roast the great John Romita while giving an award to his son. But none may be greater and pride-filling than officially teaching our first “Comic Book 101” class for our local park district.

In the not-too-distant-past, we’d offered a one day workshop for local kids through a small gallery. For a few hours, we broke down how comics are made and then sorta turned the kids loose to aimlessly draw and ask us questions. It was quaint. But we had bigger dreams.

After a fruitful meeting with our local Parks and Rec manager of classes, we pitched something far more comprehensive. A pair of two-hour classes where the entire process of comic book creation is explored in-depth, with interactive lessons at every step. They were elated. We were excited, and parents were notified

Smash cut to a week ago, when 18 smiling children (and one very curious and excited adult) showed up, bristling with energy.

Matt and I presented a worksheet packet of our own design as we walked through our creative process. From the conceptualization phase — where pie and coffee meet monkeys and robots — straight through to outlining plot, thumbnailing a page, and penciling. Our class ranged in age from 8 to 14 or 15 (and the one lone 57-year old), but everyone shared a common love of the medium; even if their actual knowledge of the form was in its infancy.

What struck me beyond any other point during class, came when Matt and I made rounds to speak to each student about their idea they wanted to draw. My expectations of simple “Captain Amazing beats up Doctor Weird Beard” were decimated by complex and deeply-imagined universes of characters. Our students regaled us with winding plots and characters they’d had in their heads, just awaiting an opportunity to burst out on to the page.

And while we had some fights to draw out, I was astounded to hear several students describe heady, dialogue-driven pieces. Fathers taunting their sons to join their evil legions, party-girls dealing with their poor life-choices, and students and teachers connecting over bully problems. To hear the breadth of ideas being explored really made me appreciate that our little group cared more about the narrative than learning how to render the perfect punch.

As the students worked on their turnarounds for their characters, I overheard their conversations. Civil War came up, and lively chatter about it ensued. It hit me like a splash page: this generation is literally growing up in the golden era of comics going mainstream. They have over a dozen perfectly adapted comic stories as multi-billion-dollar movie franchises. Between cartoons, they also have live-action dramas on multiple networks that draw directly from the pulp and paper. And now, in their backyard, a pair of indie comic creators are breaking down the process of building a page from soup to nuts. A golden era, indeed.

Teachers often comment on how the kids really teach them. I can say without a doubt just how true an adage that is. As we let kids loose after the first class completed, I could see their energy as they showed their moms and dads the work they completed. One parent stepped over to me, smiling ear to ear, before ushering his son out of the classroom.