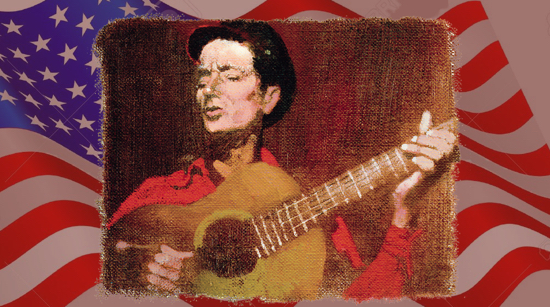 I was not always a big fan of Westerns. My knowledge/memory of them were largely drawn from TV shows of my childhood – and not always the best ones. They were dominated by The Lone Ranger, Roy Rogers, Gene Autry (although I was never a big Autry fan) and shows like them. Westerns dominated TV in those days in ways that I don’t think any genre dominates any more.

It was my late wife, Kimberly Yale, who really schooled me in movie Westerns and the difference between a John Ford Western, ones by Howard Hawks, and Budd Boetticher’s Westerns. I finally learned and grasped what powerful movies they were, Just a few years ago, I got to see John Ford’s masterpiece The Searchers on the big screen and it was only then that I really understood how powerful it was and why its star, John Wayne, was such an icon. In the close-ups, where Wayne’s face is two stories high, he seems like a figure off Mount Rushmore. And the famous final shot, where his character is framed by a closing door, is haunting. It’s also interesting to note that both here and in Howard Hawks’ Red River he plays something of a bastard.

It’s only been in recent years that I’ve returned to some of the Western TV shows and rediscovered them. What I discovered was some very good writing and acting, especially in the half hour shows. Have Gun, Will Travel, starring Richard Boone, featured him as a traveling gunslinger, Paladin, and a memorable and haunting title song. Wanted: Dead or Alive starred a young Steve McQueen right around the time that he broke out in films in The Magnificent Seven.

Of all of them, my favorite discovery has been The Rifleman starring Chuck Connors. Connors was a 6’6” former athlete, playing basketball for the Celtics and baseball for the Brooklyn Dodgers and the Chicago Cubs. In the show he played Lucas McCain, a homesteader who was fast with a special rapid fire Winchester. McCain was a widower although he had a son, played by Johnny Crawford. His best friend was the Marshall of the town of North Fork, Micah Torrance, played by Paul Fix. (Trivia note: Mary and I so liked the name “Micah” that we gave it to one of our cats.)

The show was also a proving ground for actors, writers, and directors who would later go on to other things. Sam Peckinpah directed several episodes and wrote a few, too. Budd Boetticher directed an episode, as did Ida Lupino. Richard Donner, who would later direct the first Superman movie with Christopher Reeve, directed seven episodes.

A number of famous (or to be famous later) actors also appeared – Agnes Moorehead did a turn, as did Martin Landau, Buddy Hackett, and Harry Dean Stanton. Sammy David Jr. acted in the series twice, once as a gunslinger. There was a time that I would have questioned the probability of that but my later researches into the history of the West revealed that there were a number of black gunslingers in the Wild West.

Connors was a better actor than I remembered and the stories were varied and almost always interesting. His Lucas McCain was a stern father but a loving one and usually reluctant to be drawn into a fight. The stories weren’t the simple good/bad confrontations I knew from shows like Roy Rogers. The characters were more complex which made the stories more interesting.

You can catch the shows on DVD and I would guess on Netflix or Hulu. They’re worth a shot. So to speak.