Ed Catto: These are the Voyages… 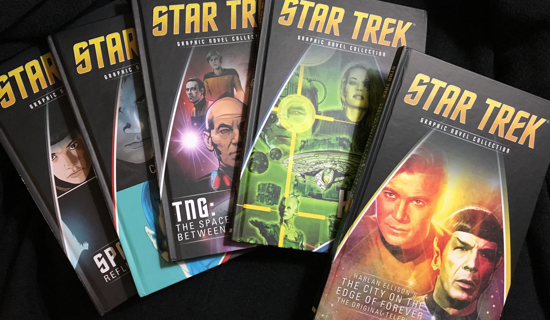 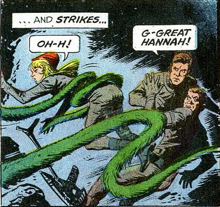 Eaglemoss, a UK based fan-facing company, is best known for creating detailed replicas of Batmobiles, miniature starships from various incarnations of Star Trek and figurines from the mythologies of Marvel, DC Comics and the Walking Dead. They are all of high quality and lovingly rendered.

Each figure or vehicle they sell comes with a booklet developed by experts in each fan-focused field. So when you buy the miniature replica of the Flying Batcave (if you don’t know what this is you really need to find out fast!) you’ll also get a thorough, yet concise, history of the Flying Batcave.

Given the premium quality of these booklets, it makes sense that Eaglemoss would also be a mindful and creative publisher.
Their new Star Trek Graphic Novel Collection is premium quality in spades. Produced with IDW, this is the type of project (I almost typed the word ‘enterprise’ instead of ‘project’) that both long-time fans and casual collectors will respect and enjoy. Its a regularly published collection of hardcover Star Trek comics. But there’s an interesting wrinkle to it all. 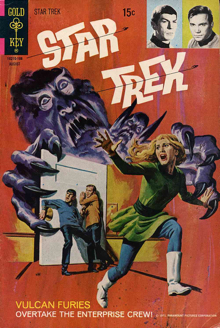 Eaglemoss encourages fans to order the first volume at a discounted price: $4.95. Then fans can sign up for an ongoing program, as each month two more volumes are sent to their home. It costs about twenty bucks each month. (The monthly fee is $14.95 and shipping is $2.45 for each book.) If fans continue in the program, they will receive special gifts. But they make it easy so that fans can cancel at anytime.

It’s nice to get our reading delivered on a monthly schedule. Longtime comic fans understand the gleeful attraction of episodic storytelling. Modern fans might prefer reading trade paperback collections and binge watching entire seasons of TV shows. They may be less inclined to enjoy twice-a-month reading engagements. But It is interesting to note that there is a whole new type of fan who’s enjoying regular, episodic fiction. In fact, The New York Times ran a story on this very topic last week.

These are the voyages…

Each Eagelmoss hardcover showcases one long story from assembles several issues of various Star Trek comic incarnations. The first volumes seem to hop and skip amongst the many different Star Trek series; a little original series here, a little TNG there.

Of course, the success of each volume hinges on the stories chosen. IDW and Eaglemoss seem to be choosing wisely, selecting innovative stories by strong creators with good tales to tell.

For a fussy fan like me, it’s really important that the art is up to snuff. I have high standards for comic art. On a licensed property like Star Trek where the likenesses must be spot-on, it’s especially important. 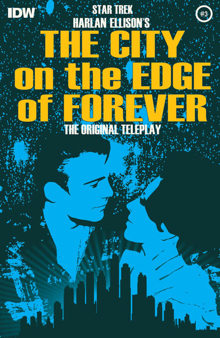 Each volume is a hardcover book with glossy pages and meaty introductions. There’s a heft and an importance to it all.

Star Trek has been published by many comic publishers over the years. For this graphic novel reprint series, Eaglemoss is launching the series by showcasing IDW comics. In the near future, I’m really looking forward enjoying some early DC stories in this slick format. I’m also looking forward like to those Captain Pike adventures from Marvel’s “Paramount Comics” imprint. I missed them the first time around.

Comic on the Edge of Forever

The second Eaglemoss volume reprints IDW’s recent City on The Edge of Forever mini-series. It was a fantastic story that could only be told in Star Trek comics.

As you may know, one of the best-loved episodes of the original Star Trek series was Harlan Ellison’s City on the Edge of Forever. But the televised version differed significantly from the teleplay that Ellison originally wrote. For almost 50 years, fans wondered “What if the television episode had been filmed as Ellison originally conceived it?”

The IDW team decided to do just that. They created a Star Trek series based on the original screenplay. The painted artwork by JK Woodward captured the actors’ 1960s likenesses with an urgent dynamism.

“Doing Harlan’s original City on the Edge of Forever teleplay as a comic will forever be a highlight of anything I do in comics,” said IDW’s Chris Ryall, CCO and Editor-in-Chief. “Seeing Harlan get choked up, finally seeing his story come to visual life as he intended only made it sweeter, but this was one of those special projects, where all the talent involved, from Harlan on down to Scott and David Tipton adapting it and JK Woodward doing the best work of his career on those painted pages… all of that just made this something far beyond a typical licensed comic. I’m thrilled with the events that led up to this finally being able to happen after a half-century of it not even being a remote possibility and I’m even more happy with the finished book.” 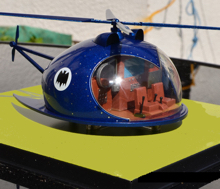 At the end of each volume is a reprint from sixties Gold Key comics. They are essentially a back-up story, and each one brings so much to the party. It is kind of like when you’re in a restaurant devouring a dessert that you didn’t plan on ordering, but are so glad you did.

Starting in 1967, Gold Key was the first comics publisher to create Star Trek comics. It was so early on in the process, that it’s clear that they didn’t do their homework. They really weren’t familiar with the Star Trek TV show. Legend has it that when it all started, the writer and artist had not even watched a single episode. They based the comics on reference sheets supplied by the network.

But you know what? Each story is a joy to behold.

Dick Wood was the writer. He worked on so many comics over the years, from the Plastic Man to the golden age Daredevil to The Man From U.N.C.L.E. Today, he is often remembered for his “unique” interjections, and he doesn’t disappoint in these Star Trek stories. In these adventures, you’ll find the Enterprise crew exclaiming: 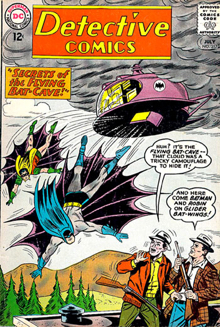 Was he purposefully trying to make list of “Things Star Trek characters would never really say”? We may never know the truth.

The vintage reprints also reinforce one important idea: Star Trek was very different from anything else on TV at that time. One can presume that Gold Key management said, “Oh, another one of those rocket ship shows. All we need is few laser guns, a space monster and we’re off the races.” It’s fascinating to see how these stories presume what they thought Star Trek would be in contrast to what it became.

These daft tales offer no continuity or consistency. On the other hand, each story can be enjoyed all on its own. For hardcore Star Trek fans, it’s a rare glimpse backward to understand what the general public thought of science fiction adventures before the innovative conventions of Star Trek become standard conventions.

And because they are so wacky, it’s nice that each volume of this Eaglemoss/IDW series reprints just one Gold Key story. I worry that reading more than one of these Gold Key stories at one time would cause fans brains to melt.

Way back when, coming attractions for TV shows were a thing. “Next week on…” was marketing hype that we’d eagerly gobble up. Star Trek’s original series routinely ended with just such a teaser, so it’s fitting that each volume in this graphic novel collection has a coming attractions page. These pages are fun, appropriate and gets readers to anticipating exactly which version of Trek will be featured in the new volume.

For more information on this, you can check it out here. And if you also get that Flying Batcave, let me know how you like it.