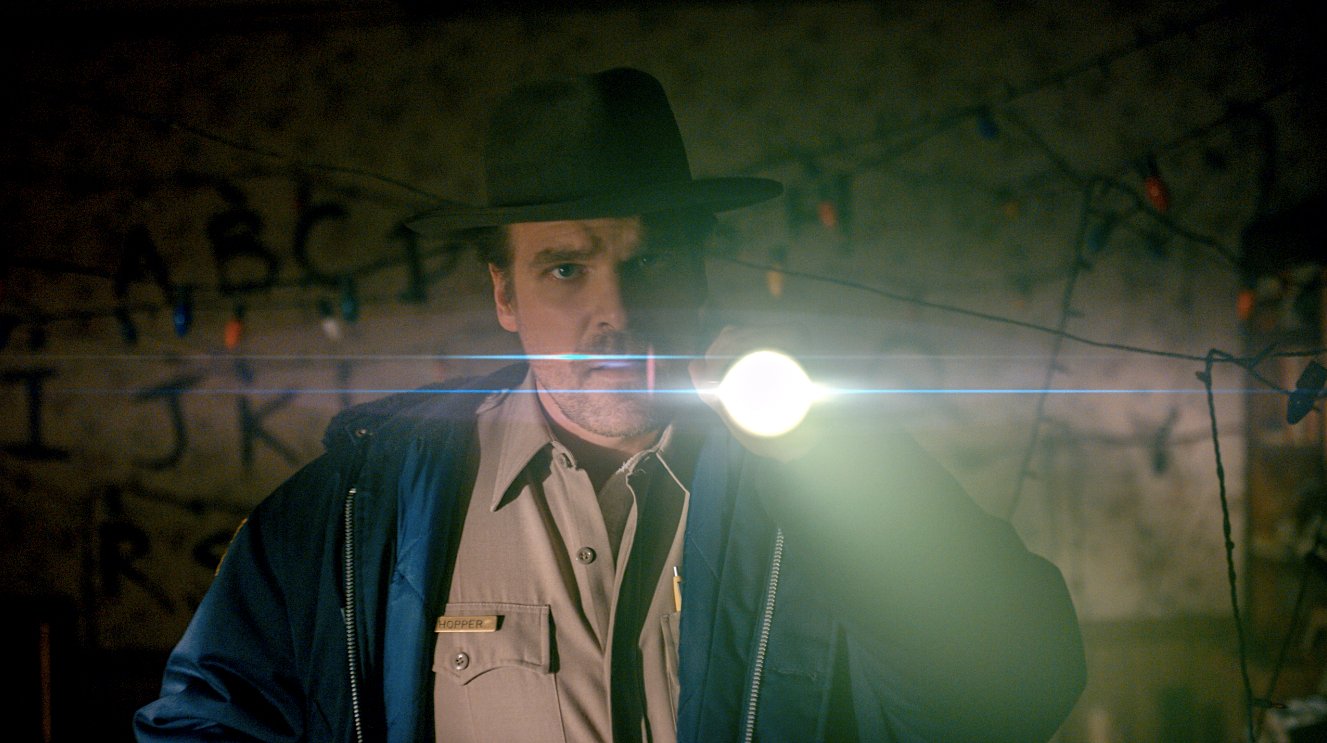 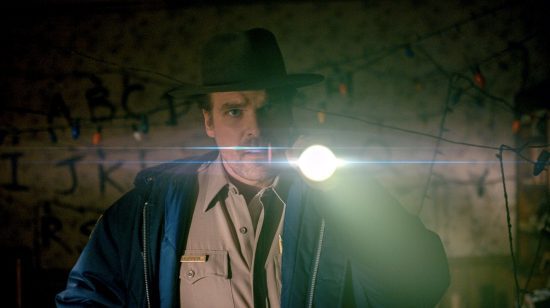 “We 1983 midwesterners will repel bullies. We will shelter freaks and outcasts … and those who have no hope. We will get past the lies. We will hunt monsters. And when we are at a loss against the hypocrisy and casual violence of certain individuals and institutions, we will ­– as per Chief Jim Hopper – punch some people in the face.”

As told to a room full of his peers and beamed across the TV and Interwebs, actor David Harbour of Stranger Things let loose his inner activist while receiving the SAG award for Best Ensemble. The award was well deserved — Stranger Things is an absolute masterpiece in homage, acted with a level of craft that elevates the ridiculous into the sublime. The acceptance speech is deserving of an Emmy, and perhaps some kind of Flaming Trump Tie award for its severity and passion.

It should come as no surprise to you, my dear readers, that I was bullied growing up. My mother, assured that my hereditary flat feet would cause me future issues, kept me in orthopedic shoes through adolescence. And long before the contemporary version of the term hipster was a known commodity, I was rocking saddle shoes like it was 1957. I was an easy target. My choice of friends did little to stifle the beratement of bullies as well. My best friends in grammar school were just like me: concerned more with the minutiae of role playing games and Star Wars then participating in little league and the like.

By middle school, bullying was simply part of my life. I was lucky enough that those who picked on me chose only mild verbal abuse. As my sense of humor would soon be cut against their barbs, soon I could figure out that self-deprecation was an ever-effective diffuser of torment. Make fun of my shoes? Good! I hate them too. You negotiate with my mother! That didn’t make the hurt less, but it certainly forced my tormentors to move quickly to their next target (often my best friends standing right next to me).

High school dissolved bullying to a non-factor. With honors and AP classes built to separate the future workforce, the villains of my life faded from view as they discovered weed and beer were far preferable to making a fat Jewish kid feel bad about himself. But, hey, the damage was done, and here I am coming full circle on the subject, a few decades later.

Harbour’s words hit me hard. “We … will repel bullies.” To stand in the face of those who knock you down takes fortitude I know I don’t have alone. To phrase his speech in the plural, surrounded by his costars, his message rang loud and clear. We can accomplish what I never will. It’s a lesson to us all. There is power in numbers, as is becoming clearer with each passing protest. It’s not the 1960s, but civil unrest is nigh. Collectively, we’re dividing ourselves between colors, ideology, religion, and even gender. Per the fine sheriff’s words … we can overcome the bullies of this world.

Make no doubt about my opinion. Donald Trump is a bully. He takes the worst traits of Lex Luthor and Doctor Doom and mashes them fully with dullards like Rhino and Bizarro. With his mighty pen, and a lack of foresight, in mere weeks he has done more damage to the collective psyche of the world writ large than perhaps any other world leader in as little time he’s had in power.

The time is not for self-deprecation. It’s not time for soulful reflection, or meaningless shivas served in front of our smartphones. We will get past the lies. We will hunt monsters. We will deal with the bullies of this world together. Trump may have the office and title, the congress, and soon the courts… But he doesn’t control the will of all people. When we consider that barely half the country voted, and amongst them, less than half voted for him … it stands to note that this bully may control the schoolyard, but we own the school.

While Sheriff Hopper may have been alluding to comic book’s proclivity for Spenceresque Nazi-punchery, his point remains valid: