Box Office Democracy: Keeping Up with the Joneses 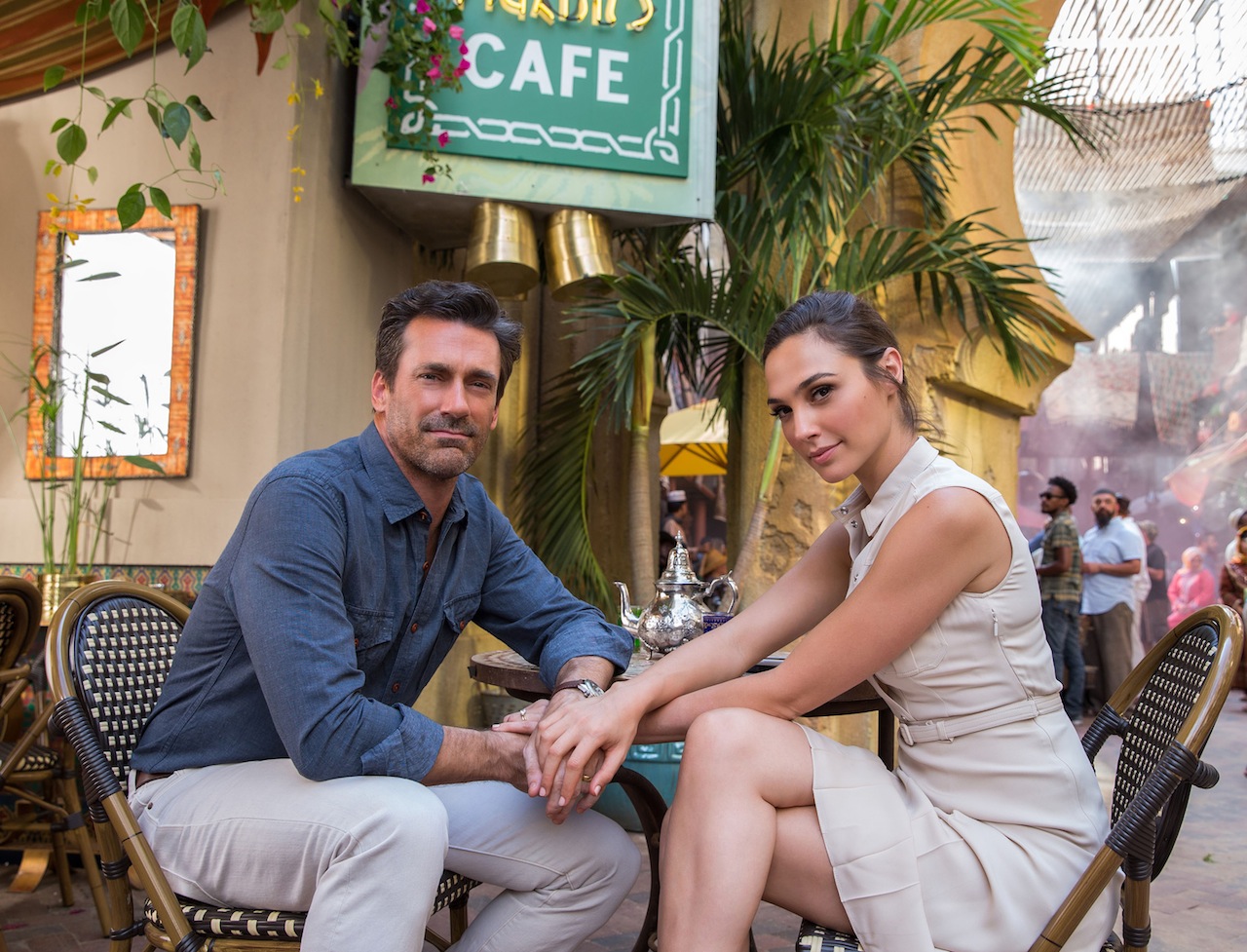 Keeping Up with the Joneses is a comedy that isn’t very funny. It isn’t bad, or offensive, or sloppy, nor does it suffer from a lack of effort or energy. It just doesn’t hit with enough punchlines to be worth spending money and sitting still for most of two hours. Most of the jokes seem to have started with the premise “wouldn’t it be funny if people actually lived in the suburbs” without any twist or an examination of why such a thing might be funny. It is actually funny when Jon Hamm has to save Zach Galifianakis from the venomous bite of a disembodied snake head, it is not funny to keep hearing the word “grillbot” over and over again. This movie has too much of the latter and not nearly enough of the former.

It’s not a problem of chemistry, it’s a delight seeing these actors share the screen. Hamm and Galafianakis are very good together. Honestly, Jon Hamm is good in everything, I don’t understand why he isn’t constantly working; he’s a gifted comic actor and has leading man looks. What does Chris Pratt have that Jon Hamm doesn’t? Nothing. But I digress. Isla Fisher does a fine job meshing with the cast although I want more from her than “fussy, carping, suburban housewife” but if these are the roles she’s being offered she’s doing good work. Gal Godot is somewhat less charming and doesn’t appear to be as good a fit but I’m more than willing to write that off as a more businesslike character not meshing well with the stable of wacky characters the rest of the movie offers. The actors don’t fail this movie; the movie fails the actors.

There’s just no spark to the plot in Keeping Up with the Jonses. They spend the first half of the movie alternating between showing how pathetic Jeff and Karen’s (Galifianakis and Fisher) lives are and the detective game about figuring out the Joneses are spies— of which all the funny moments are in the trailer. The second half is a bland spy comedy, which probably would have worked for me at some point, but the genre has fleshed out well in the last decade or so and it’s hard to see Joneses as anything less than a feeble shadow of Spy. The plot is limp, and the jokes fail to connect time and again until you get the cinematic equivalent of flop sweat, and the audience is sort of nervously chuckling trying to push the whole thing forward. I’m not saying there are no genuine laughs in here, but they’re embarrassingly too few.

The secret joy of reviewing movies is seeing bad movies and getting to dunk on them. Good movies are boring to write about unless they’re sublimely terrific at one thing or another, but bad movies are an endless font of fun negative adjectives. I don’t want to slam Keeping Up with the Joneses because I feel like everyone involved suffered enough by just having to show up for work and deliver lines they knew weren’t funny.   This isn’t some cosmic malfeasance against the art of cinema, this is just a bunch of talented people (and I should include director Greg Mottola in here as well) working off a script that has a crummy premise and misses way more than it hits when it comes to being funny, the prime directive of any comedy. The worst part is it’s a pleasant enough movie when you don’t realize you haven’t laughed in a while and the stakes of the movie feel meaningless. It would be a great cinematic white noise machine or something, but it isn’t a successful movie.