One of the overlooked outcomes of last week’s election is the growth of the marijuana legalization movement. Buying, possessing and using the stuff is going to be legal for adults in Massachusetts, Nevada, California and Maine – as it is now in Colorado, Alaska, Washington State, Washington D.C., and Oregon. Over 20 percent of Americans reside in states where such use by adults is legal. In over half of these United States, weed is kosher for medicinal use. 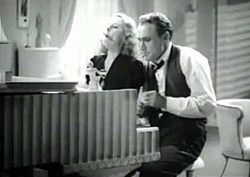 First Fun Fact: A few years ago, the Heeb Magazine website informed us that, properly handled, cannabis is indeed kosher. That should popularize the Passover herb plate.

Second Fun Fact: If not for weed, we might not have our direct sales comic book distribution system. Back in the mid-60s, we started seeing retail outlets called “head shops” pop up all over this great nation. These places were sort of like today’s vape stores but they sold snarky buttons, black light posters, incense, underground newspapers (thank you)… but, mostly, they sold supplies for cleaning, rolling and smoking marijuana cigarettes.

In addition to perpetuating the art of speed piano playing, these stores also became the initial outlets for underground comix. 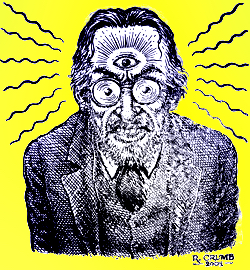 Publishers such as Rip-Off Press, Last Gasp, and Kitchen Sink brought us to the worlds of R. Crumb, Skip Williamson, Jack Jackson, Trina Robbins, the unmistakable S. Clay Wilson, and many, many others. They breathed new life into a dormant American medium and influenced a generation of new artists.

These comix were sold directly to head shops on a non-returnable basis. Several years later, Phil Seuling brought this concept of direct sales marketing to the burgeoning mass of comic book stores which, previously, existed largely to sell back issues. Seeing as how comic books were essentially unprofitable in the waning days of newsstand distribution, by providing the model for direct distribution underground comix and the head shops that sold them saved the American comic book industry. 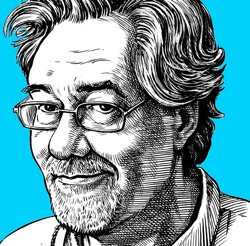 Personally, I blame underground comix publisher turned agent, comic book and graphic novel impresario Denis Kitchen. This is because I am a trained political writer and I believe in punching up. My old friend Denis has a great deal of “up.”

So, really, the roots of contemporary comic book publishing were watered by illegally purchased marijuana… which is now increasingly legal in much of this country.

We can only hope that this new trend will have a similar impact upon comics sales. This, and of course damn near anything else.

Third Fun Fact: Next year’s San Diego convention should be real interesting. Damn, I might even go back there!