Martha Thomases: If You Create Comics, Do Not Get Sick! 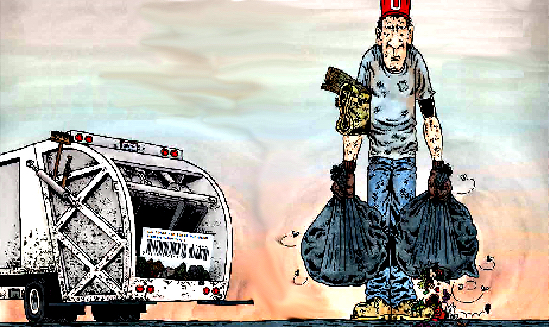 As I write this, the Senate vote on Trump’s health care plan has been postponed. One poll shows that only twelve percent of Americans support the Senate version of the bill.

Personally, I think this is a good thing. Everything I’ve read about the bill, both the House and Senate versions, show that tens of millions of people would lose their health insurance, and almost all would have to find other, more expensive ways to get healthcare. The Obama plan isn’t perfect, but it is better than this.

What does this have to do with comics? I’m glad you asked.

My favorite feature of the Affordable Care Act, otherwise known as Obamacare, is that it is possible for unemployed, self-employed people and those with jobs at small businesses to buy health insurance as individuals. This was possible before, but really, really expensive. I remember trying to buy some in the early 2000s, and the policy for my husband and myself was going to be more than $3 thousand a month. Luckily, through New York State, we were able to get coverage for around $800.

A policy that costs $800 a month isn’t cheap. That’s $9600 a year. The other plan would have cost nearly $40 thousand a year. That’s more than I made at my first two full-time jobs combined. And the hospital bills for the cancer that killed my husband ran well into six figures, which would have bankrupted us if we hadn’t had insurance.

Less obvious, but just as true, is that affordable health insurance for everyone makes your individual life better, or at least more entertaining. John Backderf recently wrote a post on his Facebook page about how important Obamacare has been for comic book creators. Instead of getting a day job just for health insurance, and making comics on nights and weekends, creators can take a chance and devote themselves to their art.

Surprisingly, there are people who disagree with this. And they said so, in the comment section of the link above. In general, I’m a firm believer in the Internet doctrine which states, “Never read the comments.” In this case, however, I don’t understand what their problem is.

Some took offense at Derf’s description of cubicle jobs as if he was sneering at them as if there was something dirty about working in a cubicle. Needless to say, these people don’t read enough, or they would know that Derf, the author of Trashed, has worked in all kinds of jobs, including the actual dirty job of collecting garbage.

I would also point out that getting that cubicle job is not a sure thing. It’s not easy to find a new job if you are in your 50s or 60s. Coincidentally, these are the years when a lack of healthcare is especially terrifying. 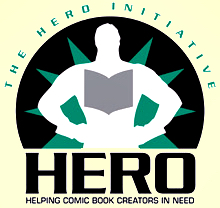 Some seemed to think that wanting to take a chance on a dream was shameful or lazy. I can only assume that these people have never tried to work for themselves, nor have they been the kind of “job creators” praised by the GOP. It takes a high tolerance for risk to start something new, whether that thing is a comic book, a podcast, a dry cleaner or a restaurant.

It seems to me this is a win/win/win. Creators can take a chance on their dreams, there are more day-jobs for people who really want to do them, and we get more comics. As Derf said, “It’s no coincidence, I believe, that this (the ACA) coincided with the golden era of comics we’re currently enjoying. Creators could take a chance on a comics career without dooming themselves to a life as a debt slave if they contracted a serious illness.”

A lot of the comic book professionals I know, people whose names are used in convention advertising and who attract long lines at these shows, could only get health insurance these last few years because they qualified for Medicaid. Without the supplements, they would have no insurance at all. And if they had to get day jobs to get insurance, they wouldn’t have been able to produce the comics the rest of us line up to get signed.