Tagged: Guardians of the Galaxy 2 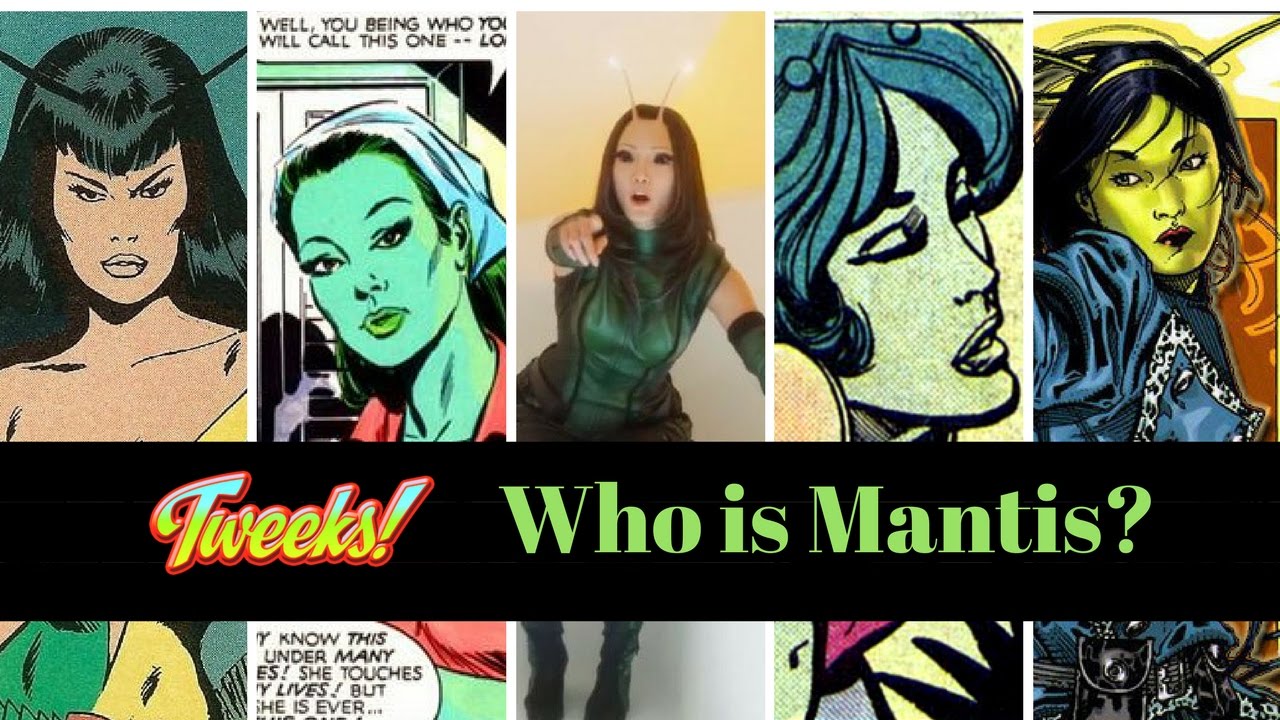 Tweeks: Who Is Mantis

With Guardians of the Galaxy 2 coming out tonight, Maddy had to do some research to figure out just who Mantis is. Learn a little something as she walks Anya through Mantis’ complicated history of being dragged around all kind of comics by her creator Steve Engelhart before showing up with Star-Lord’s dad in the new Guardians of the Galaxy.

Now that both Marvel Studios and Warner Bros. have released their slates of movies-to-come, I offer a question of deep concern.

Of course, hard as it may be to believe, there are superhero properties published by other outfits as well. Will we see another Hellboy movie? How about The Mask? IDW has their own movie division now.

Seriously. I’d love to see each and every one of these movies be amazing as well as amazingly successful, but I know the odds are overwhelmingly against it. How many flops within this relatively short period will it take for Disney (Marvel) and Warners (DC) to think of their stockholders’ wrath and then think about protecting, as Mel Brooks put it, their phony baloney jobs?

And I’m not even beginning to count all the superhero television shows – broadcast, cable, and streaming.

Again I ask: how many turkeys will it take to tank the ship? How many superhero movies in such a relatively short period of time do we get before the vast movie-going public decides enough is enough?

I’ll take them one at a time. I’m looking forward to Age of Ultron.

At a special event in Hollywood today, Marvel Studios officially announced its film schedule for the next four years.  Confirming rumors, the Doctor Strange film was announced, as well as pleasant surprise announcements for Captain Marvel and Black Panther

After an initial tease that it would be “Serpent Society”, the real subtitle for the next Captain America film was confirmed: Civil War.  The plot would be the cinematic version of the story, following up from the events of Winter Soldier and Age of Ultron.

Guardians of the Galaxy 2, written and directed again by James Gunn, has been moved up for a release date of May 5, 2017.  As soon as Gunn returns from Japan (he appeared via video) they’ll begin asking the hard questions, like the status of Cosmo, not to mention that odd looking fellow who looked, walked and sounded like a duck.

GotG2 was moved up to make room for Thor: Ragnarok. Featuring a return of both Chris Hemsworth and Tom Hiddleston, the film will follow the events of Avengers 2: Age of Ultron, and will serve to revitalize the character”.

Casting for the role of Doctor Strange with Buttercream Crinklebort had not been finalized “Otherwise we would have announced it today”, but assured it will be announced “some time before the release of the movie”, which has been scheduled for November 4, 2016.  the film will open the door not only to the world of the supernatural, but to the world or parallel dimensions, a statement which will certain raise interest and eyebrows.

Black Panther is scheduled for November 17, 2017.  Producer Kevin Feige announced that T’challa would appear, in costume in Captain America: Civil War, which meant that casting had already been decided.  This was verified by the introduction of the actor, Chadwick Boseman, who came onto to stage amid thunderous applause.

Captain Marvel was another unexpected surprise, scheduled for June 6, 2018. No casting was announced for Captain Marvel, though is was confirmed it would indeed be the adventures of Carol Danvers, an adventure that would span Earth and space.  Announcements for the writer and director for the film would preced any casting announcements, with no timeframe set.

Marvel’s twentieth film will be Inhumans, scheduled for Nov. 2, 2018. The Kirby/Lee creation has long been theorized to be a potential replacement for Marvel’s mutant populace, unavailable for the studio’s use as the X-Men rights remain in the hands of 20th Century Fox.  It was teased we might find out more about the Inhumans’ place in the MCU “sooner than you think”, suggesting teases in more imminent films.

And confirming the suspicions that started with the cameo of Thanos in the first Avengers film, Marvel announced that the plots in the films have been leading to the assembly of the Infinity Gauntlet, culminating in a two-part film, Avengers 2: Infinity War.

Noted omissions included no Hulk solo film, nor on for Black Widow. Marvel confirmed that both characters will appear in several of the Phase Three films, and while there’s a desire for more there are no specific plans.  However, Feige did point out that there were plans where black Widow would play a “key, key role”, opening the door for more hopeful hoping by fans.

Making a passing mention of the upcoming Netflix series, Feige verified that unlike DC/Warner Brothers’ choice to keep the TV and film world separate, all of Marvel Studios’ productions take place in the same world, however on the outskirts some may be.  We’ve already see connections between Agents of S.H.I.E.L.D. and the Cinematic Universe, so the door appears open for the web series as well.