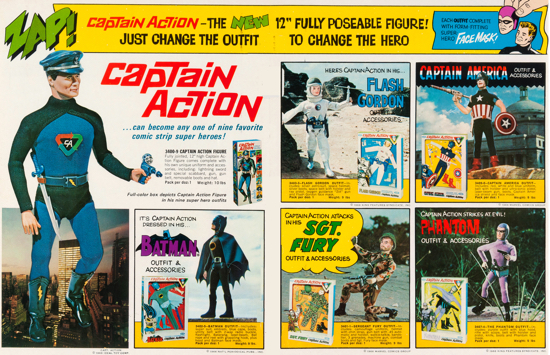 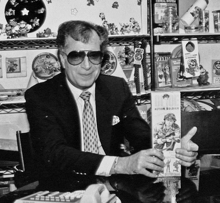 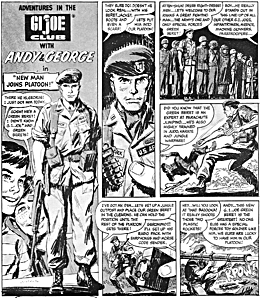 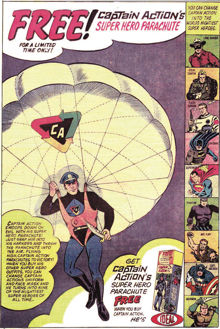 America still has a problem with accepting comics as anything other than kid stuff. There may be millions of “regular” people hiding their comic book lifestyle. This cannot stand and has to stop.

As you’re reading ComicMix, most likely this will not apply to you. Pass this on to a friend who you suspect may need it. If you’re trying to stay in the closet, yes this will help you avoid getting caught but consider the damage you may be doing to yourself.

Don’t see any comic books around his or her place? Somehow they manage to have seen or “has a friend” who has viewed that “stupid” superhero movie? If you’re dating anyone who spends considerable time and or money on things you just can’t understand, chances are you’re in love with a comic book person.

Here’s a few simple tests and topics to find out if someone is hiding a comic book past.

Ask them to name a Captain. Any Captain. If they describe Captain Action, Captain America, Captain Kirk or Captain Nemo, chances are they’re comic book people.

If Captain Morgan is the first name out of the box and they slur, droll and or lick their lips while doing Captain Morgan pose you’re dating a comic fan… and an alcoholic.

Most fans of comic books are fans of movies, bookstores, and bacon. They either like Star Wars or Star Trek a few of us like both but if pressed will pick a side.

A comic book fan will respect both the Beatles and Jay-Z, both Public Enemy and Paul Simon. Yes, different music but all icons. Symbols are important to comic book people. Even if we don’t love what they do, we have an appreciation for what they represent.

Ask if they know anything about Dark Horse Comics, Kevin Eastman or an Apple product besides an iPhone. See if Norman Rockwell or the Wu-Tang Clan sparks a gleam in their eye. If you know anything about those subjects, try and act they like you don’t. We do so love to hear how smart we are or at least how cool we sound.

If the above questions or secondary inquiries don’t work for you, then hit them with one of the following:

If none of the above gets a reaction, they are in deep denial or don’t read comics. If there is a response, stand clear of the door because you’re about to be run over.

Being a closeted comic fan takes work. That fan is often placed in the “never get a mate” or “mentally challenged” category, so he or she hides their obsession.

As an example, I have a mint in the box Japanese G.I. Joe. An ex-girlfriend of mine brought her little brother to see my toy collection.

This 10-year-old little snot opened my display case and was a second away from tearing open the box and 2 seconds away from ever reaching 11.

I yelled no! so loud the Hell Spawn dropped the box and started crying.

My ex, she who must not be named, girlfriend could not understand why I had reacted that way. In what I thought was a well said and reasonable explanation of my behavior I explained to her just what little Satan was about to deface.

All she heard was blah blah, I don’t want anyone else playing with my doll, blah blah. She asked me what I would save first in a fire, her or my “doll.”  I said, “Not the doll…the action figure.”

She said she didn’t think that was funny.

Hell, neither did I but I’m smart enough to know I was talking myself into a cold shower. I said I’d save her and would if there was sufficient time to do so after I got Captain Action to safety.

Rarely are folks like us understood by those who don’t share our love for comics and related stuff. Trying to explain why we do something to those who don’t is like yelling at someone who does not speak English.

No matter how loud you get, they still won’t understand you.

Comics needs all the support we can get, and you in the closet will come out once that respect is granted you won’t have to hide.

Nonetheless, we need your voices too, but no one can hear you with the door closed.