#ThrowbackThursday: The Incredible Hulk vs The Ever Lovin’ Blue Eyed Thing 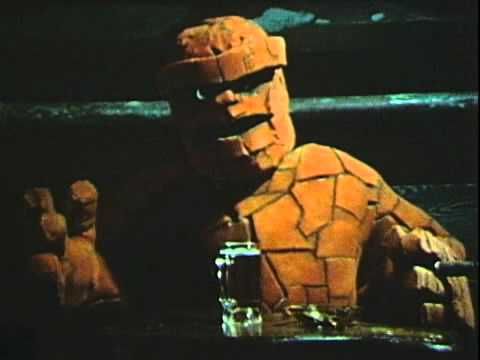 Now this is the way you make a Fantastic Four movie.

Trivia: this 1983 fan film was produced by Bob Schreck, who later went on to a long career for DC, Marvel, Comico, and Dark Horse, and is now the editor-in-chief for Legendary Comics. You can see him in the background and the Wookie suit.

And the guy in the orange rocks? Why, that’s Gerry Giovinco, founder of Comico and the current CO2.

We would like to hold this up as a counterpoint whenever somebody says that all you need are people who know comics to make a good movie adaptation. Comics pros are just as capable of embarrassing themselves as anyone else.

We are also now taking bets as to whether this film will end up being more profitable than the FF film currently in theaters.