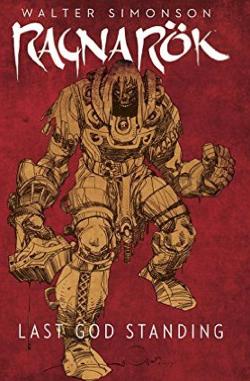 I have wonderful Yuletide memories. Like every young boy, I quickly learned that the true meaning of the Holiday Season was… getting more stuff. And being the greedy little monster I was, (and, I guess, I remain) I also learned that I could extend that wonderful feeling of “Christmas Acquisition” through books. More than a toy, or apparel or certainly candy, the enjoyment of a book would linger well past the twelve days of Christmas.

As a comics fan back in the day, actual books about comics were few and far between. One that did make it onto the traditional bookstore shelves was Jules Feiffer’s The Great Comic Book Heroes. Soon after Superman: From the 30’s to the 70’s was a one of those “big wow” books about comics that was gifted to me. It was so massively thick that I couldn’t imagine anyone would be able to read the whole thing in one lifetime! 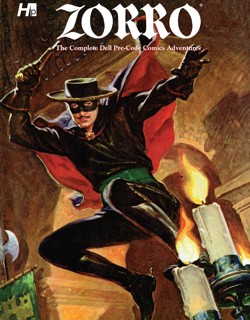 That holiday-hardcover comic tradition carried on each year with Stan Lee’s Origins of Marvel Comics, The Son of Origins, Bring On the Bad Guys, The Superhero Women and that Silver Surfer graphic novel that reunited Stan Lee and Jack Kirby. (It was kind of a dud for me.)

When I was a parent, my kids would always get me similar treasures – most often DC Archive Editions and Marvel Masterworks. I’ve been one fortunate bookworm.

So with all that in mind, here are a few suggestions for holiday books: 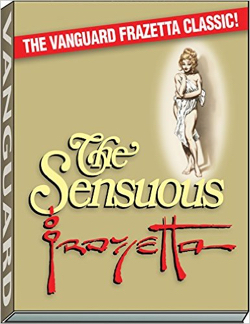 There’s something about Norse mythology and the Yuletide season that just naturally go together. On the other hand, any day is a good day to enjoy the incredible work of comics legend Walter Simonson. IDW just published Ragnarok: Last God Standing as a collection of the first few issues of the ongoing comic, featuring Thor, the last of the Asgardians. It’s a fresh thriller by a comics master, and keep an eye out for my upcoming column spotlighting Walter’s Ragnarok series.

IDW has also teamed up with Eaglemoss to produce an ongoing reprint series of all the Star Trek comics. And the nice thing about this effort is that each volume mixes and matches Star Trek comics from all the different publishers over the years: Marvel, DC, Malibu, IDW, Gold Key and even the strips from the British weekly comics. What a great way to experience it all. While I love the Gold Key strips, I can’t read more than a few at a time. With this series, fans get a smorgasbord rather than just one heaping main course. Check out Star Trek: The Graphic Novel Collection. 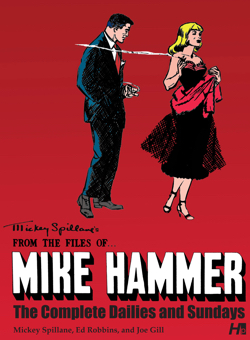 It seems like it’s a golden age for Classic Comic Strips reprints. While some brilliant artists like Thomas Yeates, Mike Manley and Terry Beatty are doing great things with comic strips printed in the actual newspapers, there are now s great many options for reprint books. In fact, in the Diamond’s most recent Previews Magazine (the one with the cool Kamandi by Bruce Timm Cover) “From The Archives” was the monthly theme, celebrating comic strip reprints.

Hermes Press is the run by a passionate guy named Dan Herman. When it comes publishing and reprinting old comics with the respect they deserve, he’s the real deal. A few books of particular note: 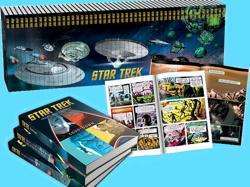 Alex Raymond was a phenomenal artist and a groundbreaking entrepreneur for what would evolve into Geek Culture. But at that time, the world thought of him as an advertising artist who made a living doing those silly comic strips. And today, when comic fans look at his work, I’ve heard comments like “That looks like Dave Stevens’ art.” Hermes’s gorgeous coffee table book Alex Raymond: An Artistic Journey: Adventure, Intrigue and Romance offers readers a ringside seat to experience Raymond’s work again or for the first time. 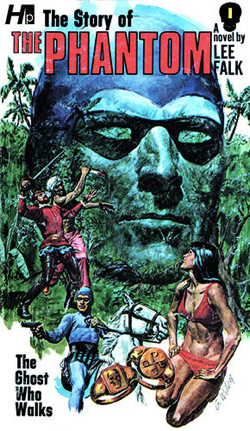 And while it’s not a collection of reprinted comic strips, The Phantom: The Complete Avon Books Vol. 1 looks to be fun. This ongoing series reprints the old 60s prose Phantom paperback stories. The first one is an origin story by series creator, Lee Falk and it’s wrapped in a gorgeous painted George Wilson cover.

Max Alan Collins is a favorite here on ComicMix for so many reasons, and he’s contributed essays to two fantastic Hermes books. His thoughts aren’t the only reasons, or even the main reason to check these out, but like a good bottle of wine, he makes the main dish that much better. So I’d also recommend: 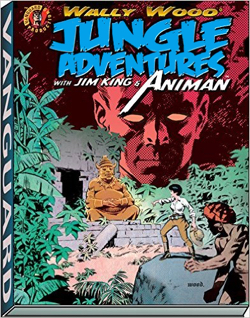 My highest recommendation will probably go to Vanguard Press’ The Sensuous Frazetta by J. David Spurlock. I purchased this book at San Diego Comic-Con in July, and haven’t been able to officially move it from my reading pile to my shelf of favorites in the bookcase. Each time I pick it up I see something new and enjoy it more.

Also on my short list is another Wally Wood book from Vanguard. The latest is called Wally Wood Jungle Adventures and it features the “lost hero” Animan. I’m not sure how much of an Animan fan I am, but you can never go wrong with Wally Wood.

Have a great Yuletide Season and be kind to your friends and foes alike!