Box Office Democracy: Fantastic Beasts and Where to Find Them 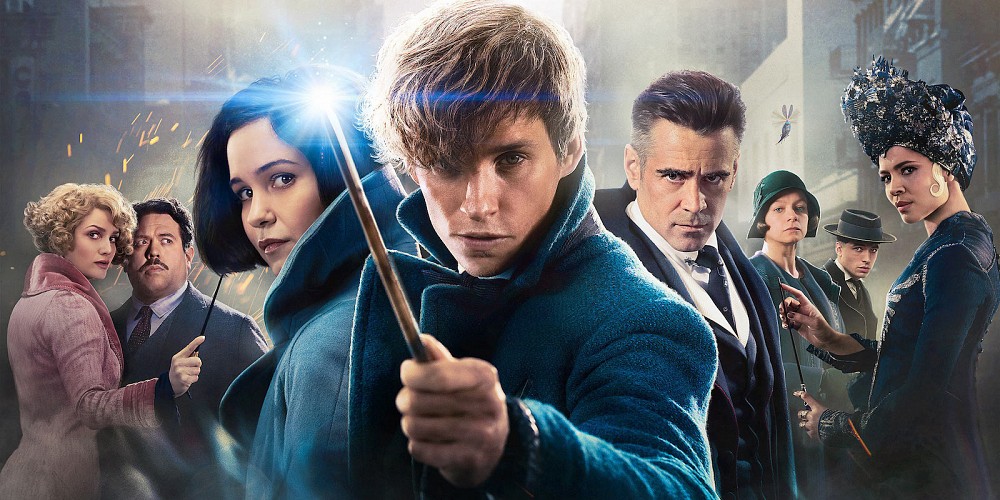 It’s hard to tell either Warner Bros. or J.K. Rowling that they should refuse to make any more money off the Harry Potter franchise. If they can pack people in to theme parks and sell out a theater in London for over a year in advance, why shouldn’t they put out more movies? They didn’t stop making James Bond or Star Trek movies just because they ran out of books or the original cast members didn’t want to do it anymore. That said, Fantastic Beasts and Where to Find Them is a good movie where I can sort of feel its hand in my pocket. This isn’t a labor of love and while I could lie to myself about that being true with other Harry Potter movies, I can’t convince myself quite as much this time.

The story in Fantastic Beasts is more or less Harry Potter with a twist. There’s a magical calamity, in this case Newt Scamander (Eddie Redmayne) loses a bunch of magical creatures in New York City, and while a good-hearted but misguided authority figure, disgraced Auror Tina Goldstein (Katherine Waterston) tries to punish our hero for this misunderstanding they discover a much larger plot involving an immensely powerful evil wizard, this time German pseudo-Nazi Gellert Grindelwald (Johnny Depp). This outline vaguely describes the first five Harry Potter films if you substitute the names and add in a few scenes set in classrooms. I’m not knocking it, it’s an established formula because it works, but it never quite feels like we’re reinventing the wheel. The fun of the movie comes from Jacob Kowalski (Dan Folger) the Muggle (No-Maj in America apparently) baker who happens to switch briefcases with Newt early in the film and is drawn into the whole adventure. His point of view on the events of the film as a true outsider is what feels fresh and exciting and that it brings a bunch of good physical comedy along with it is a fun bonus. Similarly, Tina’s sister Queenie (Alison Sudol) is a sheltered functionary in the magical bureaucracy starting to realize a lot of what she’s been told is lies— a character I don’t remember seeing in the first seven Harry Potter films. Seeing prejudice against non-wizards confronted directly instead of through philosophical discussions is more affecting.

I found myself struggling to care about Newt or Tina. They aren’t particularly likeable or interesting beyond being the lead characters of a movie. Newt felt like a blank slate; unless he was in a scene with Jacob he just reflected the tone of the scene or gave some exposition about some beast or another. It doesn’t help that I find Eddie Redmayne sort of boring as a human being, he’s like the personification of bland England. Tina is a character who deeply cares about one thing (saving the children from the New Salem Society) that is pushed to the periphery of the movie until very late and the rest of the time she’s just the character who wants the main characters to have less fun. She’s like if they replaced Hermoine with Molly Weasley in the main Harry Potter films. By contrast, the supporting characters, Jacob and Queenie, are infinitely more interesting. Jacob has this ambition to escape his mundane life and then he’s offered this glimpse in to an immeasurably more interesting world. Queenie is a telepath who is falling for the first non-wizard she’s ever spent any time with. Their stories are so much more compelling, I would watch a TV show about the two of them running Jacob’s bakery every week.

Fantastic Beasts is supposed to be the first in a five movie series, and that fills me with apprehension. The second movie is supposed to take place in Paris and if the story is that Newt’s case full of magic animals gets broken open unleashing calamity there I’m going to be pretty bored with it. There seems to be less potential with Newt and Tina than there was with Harry, Ron, and Hermoine for continued adventures because instead of a lifelong vendetta and the turmoil of maturity, we have a box with a greedy platypus. I loved that platypus but it isn’t enough. I intend to give Rowling a chance because she hasn’t let me down yet, but I’m nervous about it. Fantastic Beasts is a load of fun but I hope it doesn’t get, please forgive this pun, too long of a leash.

The Wachowskis might never reach the heights of The Matrix ever again and, as someone who was 15 when The Matrix was released, maybe it wasn’t that good to begin with—but the films are always wildly ambitious. While Jupiter Ascending fails on many levels, and the script would be generously called hot nonsense, I would much rather see the Wachowskis fail than I would like to see Michael Bay “succeed” at his style of filmmaking. Jupiter Ascending is a film full of interesting ideas and while not all of them get properly explored or pay off in the ways I would like they’re frequently fascinating to think about and that’s way more fun than so many of the incarnations of slow motion explosions I’ve seen in movies this decade.