Michael Davis: Here’s a story about a man named Brady… 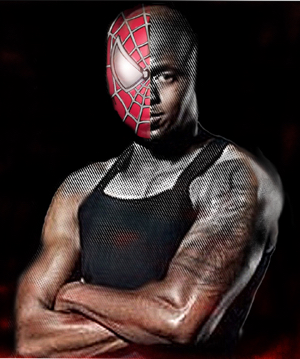 … who may have to choke a bitch.

I met Wayne Brady in 2005 while head writer and segment producer on the Tom Joyner syndicated television show. That sounds like I had some sway but the real head writer and power on most TV shows is the Executive Producer. I was as far away from EP as Trump is from humble.

Even then, Wayne was a big star as evident by his choice of performance for the show. He decided to sing a song. That may not sound like a big deal, but it is. If known for comedy in Hollywood you’re booked to do comedy.

But if you’re a big enough star you can do whatever your little-overblown ego made you think was a good idea. Thank god most big time actors and singers don’t try and do stand up. That seldom ends well the big names realize to them acting is easy to everyone comedy is hard.

This was also the Tom Joyner Show.

Tom is among the most influential people in media and he knows his music. Do if you can’t sing then, you won’t be singing on Tom’s show no matter how big a star nobody is stupid enough to mess with that kind of pull.

As always the bigger the star, the dumber the haters. The knock on Wayne – he wasn’t black or black enough. The Uncle Tom tag at times bothered him to such a point he decided one day to do something about it. Something people would not expect, and the day I met Wayne was that day.

The announcement prompted the studio audience to applaud with much enthusiasm which soon turned to a stunned silence when Wayne walked over to a mammoth of a man and punched him in the face. “Are you crazy?” The wife of the big man yelled. Wayne looked at her and said; “Shut up or will Wayne Brady have to choke a bitch?”

BTW, Peter, I was told this joke had run its course… as if.

Wayne sang a song and he killed.

“Killed” is a show-biz term that means, oh hell just read the small print at the bottom. Wayne is an exceptionally gifted singer.

His critics think he’s not black enough. Why? Because he works clean? Any comedian will tell you it’s much harder to make people laugh working clean. I often write articles chock full of profanity. Some have labeled me a thug or worse. Somehow they completely ignore the work I’ve done within the educational and Christian markets where there are no bad words – only good ones on loan from non-thugs.

Sadly, it’s not remarkable people refuse to look at facts and much rather stick to a lie. Wayne’s actions over his career counter all Uncle Tom comparisons yet are ignored. Doesn’t matter who vouches for Wayne that tag sticks.

Elvis was a hero to most

But he never meant s**t to me you see

Straight up racist that sucker was

Mother f**k him and John Wayne

A bigger Public Enemy fan than I would be hard to find as would a bigger lie than the above. Chuck D., Public Enemy’s front man conceded that when confronted with facts.

It didn’t matter people still think Elvis said: “The only thing Negroes can do for me is to buy my records and shine my shoes.” He not only did not say that, he was never on the radio show where people swore is where they heard it.

Some just can’t graduate from Sheep School. As evidence you need look no further than the hordes of those who will go to their grave convinced Obama was born in Africa, Milestone is owned by DC, and Trump is sane.

I mentioned Wayne is a talented singer. He’s also an accomplished actor remarkable dancer, and as a comedian, few if any can match his exceptional quickness or insightful intellect.

Wayne’s a huge deal in Hollywood. To be such, you must do big things. Talent alone does not guarantee the type of projects offered Wayne. Each time he commits it’s as if he’s just landed his first role.

“How did the book come out,” I asked Wayne while we were having breakfast. “Don’t know have not seen it yet.” He responded. I took from his short answer he wasn’t all that interested in talking about the comic.

Wayne is always running to somewhere important but wherever he was off to this morning seemed to weigh heavy on his mind. So, it was no surprise when he asked for the check after only a few minutes. It took few moments to get my doggie bag (Hey! Never leave free food!) then I followed Wayne out onto the street. The street was there, but Wayne was nowhere to be seen, but I could hear him.

I followed his voice to Earth 2, one of the coolest comic book stores anywhere. Located in Sherman Oaks CA, you couldn’t ask for a better store or nicer people.

Then with lightning quickness it hit me. Wayne’s important meeting was with Peter Parker. He fled the restaurant as soon as Earth 2 opened so he could buy his book. I had wondered why he picked the breakfast spot he had it was a wee bit out of the way. He picked it because it was next to Earth 2 that’s why.

The store only had six copies left I grabbed two leaving four for Wayne. “Hey let me get those for you,” Wayne said. Free food and free comics? The only thing that could make my day better was Wayne flying me to the Bunny Ranch in Nevada so I could get a new pet rabbit.

Nothing short of punching a hater in the face could make his day any better I thought. When Wayne finished paying for our books he held up the comic and greeted a man walking in with “I have a story in here.”

“Good for you!” The man said with a real delight.

I stood a few feet away from Wayne now placing his books in Mylar bags and talking to the young lady behind the counter. Walking towards me was the guy Wayne had shown his book.

“I wish your friend much success.” He said still smiling,

He whipped his head around so fast I thought it would fly off his neck and hit me in the face.

I’m not over exaggerating; the good people of Earth 2 will confirm my every word. Wayne acted as if writing comic books was all he ever wanted to do.

He’s known the world over has a following in the millions does big things still the only thing I’ve seen surpass this excitement is the way he talks about his family. On this day, he wasn’t an international superstar, he was a published comic book author finally living his dream.

Early on in this piece, I noted Wayne has the distinction of being less than black to some. Much of this idiotic criticism because he works clean. That also gives the impression he’s a punk.

At SDCC about five years ago while walking the floor, I spotted some guys who had given Tatiana El-Khouri my former Special Projects Director a hard time. Wayne likes Tatiana a lot, and with a Chappelle show gaze said; ” I’ll go over and talk to them see if they still got a problem after I do.”

He went. They didn’t.

Just because Wayne manages to stay out of damaging career situations doesn’t use bad words doesn’t mean he’s anyone’s bitch. No, that would be Chris Christie.

Standing up for a friend, however, is not the total sum of a black man, or any man.

As Wayne said to Arsenio Hall in 2015. “You don’t know me so don’t judge me on being black because being black is not a monolithic thing. We have many, many ways of being black.”

Make no mistake. Wayne’s a great guy. I was honored to be there when he broke his comic book cherry, but he’s not a saint.

He kept one of my comics, and I’m sure did so on purpose.

This article contains satire and is provided as is without any guarantees the stupid won’t believe it. Michael Davis makes no warranties of any kind, either express or implied, including but not limited to warranties of giving a flying fish if some don’t get the joke or think Trump gives a shit about poor black gay or disabled people. Reading anything by Michael Davis is at the reader’s risk. Not as big a risk as the next four years, but who knows just how stupid some are. In other words, Wayne did not punch or kill anyone. Duh. Yeah, I Know the big deal part was weak so am i!!!! I think Wayne took my leftovers.