Mindy Newell: Yuletide Greetings (With A Case of Writer’s Block) 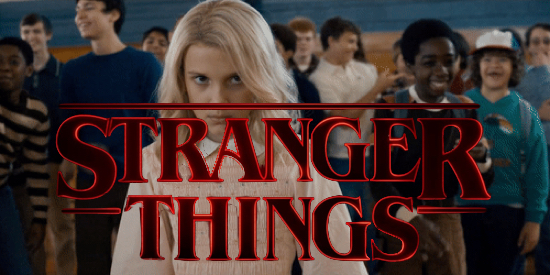 “‘Twas the Monday before Christmas,

“Suggests presents for you.”

Oy. I’m cringing as well. So let’s forget that horrible, incredibly feeble attempt at poetic holiday humor and get on with what this season is really about – debt!

Ah. Strike that, too.

Okay, here’s the truth: I’ve got a serious case of writer’s block, just in time for my deadline.

Fellow writers out there, you know what I’m talking about. It’s sort of like being back in school, and you’re sitting at your desk, and the teacher is passing out the test, and the only thing you do know is that you don’t know shit, and that you’re gonna get a big, fat F, probably circled in red with a “See Me!” written in the teacher’s handwriting at the top of the sheet, and it’s gonna mean detention after school.

I was gonna talk about Stranger Things, which I finally watched in a mighty binge explosion last week on my day off, but it’s almost six months after it debuted on Netflix, and six months is a looong time, and what haven’t you heard about it or read about it that I wouldn’t just be repeating? Besides, I’m sure you’ve already seen this story of four boys who are into Dungeons & Dragons and ride Huffys in the woods like in E.T. the Extraterrestrial, a girl in a hospital gown who is a mix of Carrie and the X-Men’s Dark Phoenix and Drew Barrymore in Firestarter with a father – well, maybe he’s not her father, but the girl calls him “Poppa” – who experiments on her on behalf of the government in a monolithic building on the outskirts of the town – it’s called Hawkins, and it’s in Indiana, somewhere outside of Indianapolis – that is surrounded by a chain link fence and signs that say “Keep Out.”

And I’m sure you already know that one of the kids disappears, and that his mother is convinced he’s alive somewhere, even though his body is found and there’s a funeral and everything, and that everybody thinks she’s nuts because she says that he is talking to her through the walls of her house and through the phone, which is sort of like the television in Poltergeist – until the town’s chief cop discovers that her son’s body is fake, and stuffed with cotton filling.

And I’m also sure that you already know that meantime the other three boys and the girl are looking for their vanished friend, and at the same time the girl’s “Poppa” is looking for her, too – with help from men with guns. And that there is this great scene in which the three boys and the girl are riding the bikes right into a barricade set up by “Poppa” and his men with guns and….

Never mind. I don’t want to spoil it for you.

And anyway, I’ve got a serious case of writer’s block.

So the only thing I’m gonna tell you this week is that I wish all of you a merry, merry Christmas, a happy, happy Chanukah, and a joyous, joyous Festivus For The Rest Of Us. And remember…

“Every time a bell rings, an angel gets his [or her] wings.”