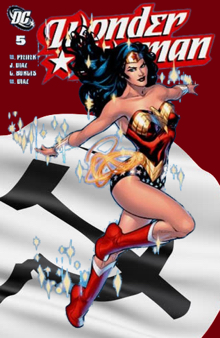 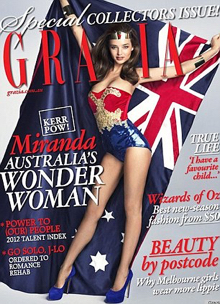 Extra! Extra! Read all about it!

Our planet is being strangled to death by morons, at least one-quarter of all Americans think Vlad Putin’s interference with our elections and our economy is absolutely swell, comedians are being persecuted for making errors in judgment, people can’t afford even basic health care, an increasing percentage of our citizens depend upon neighborhood gas stations and “convenience” stores for their food supplies… and what is Fox News screaming about?

Last Friday, the official opening date of a movie called Wonder Woman, Fox News puppet Neil Cavuto got into a serious hissy-fit about the eponymous character’s wardrobe. Evidently, he thinks moving past the vague red, white and blue of her original comic book costume, designed back when this nation was just about to append the word “World” onto World War II, has been abandoned for colors he considered to be somehow unpatriotic.

Right. In other words, Fox News is pissed because a Greek goddess, the princess of Themyscira, an Amazon warrior trained to defend her homeland and not Cavuto’s, declined to envelope herself in colors that he could run up a flagpole in his own American front yard.

Please, do not tell Neil that our American warriors do not wear red, white and blue costumes in combat either. If they did, that would be a mistake. The last thing a soldier without superpowers would do is wrap himself up in an outfit of bright colors. That really doesn’t go along with the whole trench warfare thing.

According to Media Matters For America, the dialog went something like this: 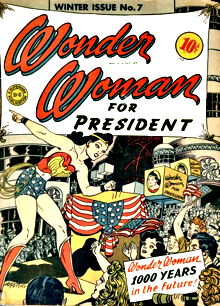 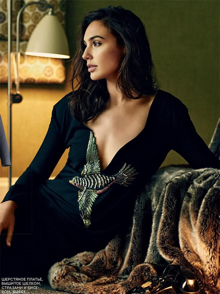 NEIL CAVUTO: Wonder Woman is out in theaters right now. Some are calling it less American, Dion, because her outfit isn’t red, white, and blue, and, in order to appeal for foreign audiences, very little reference to America at all.

MIKE GUNZELMAN (guest): I think the Hollywood aspect, we see this time and time again, it’s cool to hit America these days.

It’s a shame neither Baia nor Gunzelman were aware that, by definition, the United States was not the only nation fighting the bad guys in World War I. You know, the war to end all wars that didn’t end all wars. Or any. Perhaps they didn’t notice that (very minor spoiler alert) the villain of the piece was a lot more British than Princess Diana was American.

Cavuto and company ascribe the motivation for the costume change to the desire for greater international sales. In a free market economy, one might think your basic rabid capitalist would consider that to be admirable. But, according to that same “logic”, the bad guys would not have been German. There are a lot of movie theaters in Germany. I suspect Wonder Woman will do as well there as just about anyplace else.

Come to think of it, Princess Diana hadn’t been to America before or during World War I. Prior to leaving Themyscira to risk her life in order to aid American Steve Trevor in his battle to save us all, it wasn’t established that she had even heard of the United States of America. Or Great Britain, for that matter. Hell, she had just heard about Germany. I guess they don’t get Fox News in Themyscira.

Or, more likely, Amazons are too heavily vested in that “truth” thing.