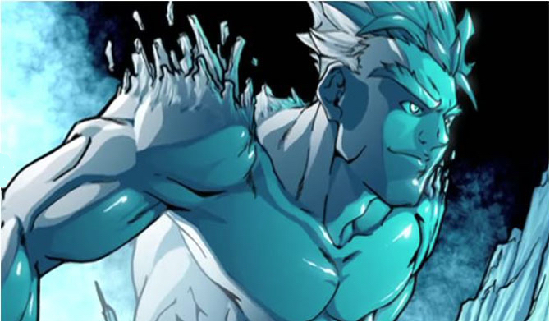 Uncanny X-Men #600 has come and gone, leaving us with a newly out present day Iceman, joining his time travelled past version in being out. I already wrote up my feelings on this here last month. Since then, we’ve seen three issues of Extraordinary X-Men featuring the present day Iceman, and one issue of All New X-Men featuring the past Iceman. If you haven’t read them yet, you may be thinking that surely in at least one of those four issues that have come out that at least one mention of Iceman’s sexuality would have come up.

SPOILER ALERT: It hasn’t. Not even once.

I was hoping we’d see something right away. Even if it was a quick scene. As I was reading the first issue of Extraordinary X-Men, I’m picturing Iceman coming into Storm’s office to talk to her about it, which seems the most logical choice to me. Or seeing Iceman trying out a gay bar or club for the first time. Even just makes a throwaway comment about how he just started using one of those dating/hook up apps and how that’s going for him.

None of that happens.

I figure that Extraordinary X-Men is a number one issue so they wanted to set the status quo for the book which would naturally include Iceman’s newly revealed sexuality. Apparently that wasn’t important, despite the fact that according to the powers that be at Marvel the Iceman decision was about a year in the making. And with all the press Iceman coming out received, you’d think that Marvel would have more of an interest in furthering Iceman’s story in the new X titles.

Okay, so if it wasn’t in the first issue of Extraordinary X-Men, surely it would be brought up in issue two. It wasn’t. I was growing increasingly displeased. As I finished the third issue it became harder and harder to not feel that Marvel used Iceman coming out as a cynical marketing gimmick with no intentions of an immediate follow through.

One hope still remained; All New X-Men. I was trying to make excuses for Marvel in my head. Maybe Jeff Lemire, writer of Extraordinary X-Men, didn’t want to tackle this in his story and Dennis Hopeless, the new writer of All New X-Men, would.

Maybe they felt that the present Iceman having just recently come out would still be taking it slow. Perhaps it’s going to take a while for him to talk with his teammates about it. Past Iceman made it very clear in his conversation with his present self that he was going to live his life openly gay as well as openly mutant. It was written to be a touching moment. Present Iceman even cried an ice tear over it.

So what happened in All New X-Men #1, which has past Iceman as a key team member? Past Iceman just went about his day. Nothing in reference to his sexuality at all. He even had a page where he was making ice statues for people where they easily could have worked in a quick nod at him being openly gay now. They didn’t.

What was the point of retconning Iceman in both the past and present to being gay if we’re not even going to address it outside of a few pages in two X books? Was it for sales? Was it just to get money from guys like me that are starved for LGBTQ representation? Was it to be acknowledged for having more diversity in their comics without actually being more diverse?

Unfortunately, it looks like the answer is currently yes, and I’m very disappointed by this. Instead of delving into Iceman’s newly discovered sexuality in Extraordinary X-Men, they’re delving into the awkwardness of two former lovers, Jean Grey and Wolverine. Finding different versions of the other still alive, one of which is now much younger and the other significantly older, they need to decide if they’re going to join together and help the X-Men. I don’t know if they intended for this to be as creepy as it reads, but man is it creepy for me to read.

I may also be taking this hard because Jeff Lemire is one of my favorite writers in comics right now. Please go out and pick up Descender if you haven’t yet. It’s great. Also Plutona. Or if you didn’t get around to Sweet Tooth when that was coming out, pick up the trades.

Want a book that is absolutely killing it in terms of how to write a gay superhero right in every possible way? Read Steve Orlando on Midnighter. Issue seven came out last week, and every single one of his issues have addressed Midnighter as being gay in some way or another while not distracting from the main plot of Midnighter needing to kick ass and take names. If you aren’t already reading Midnighter, please pick it up. This book deserves the support of every single reader that wants to see an LGBTQ character in a comic done right.