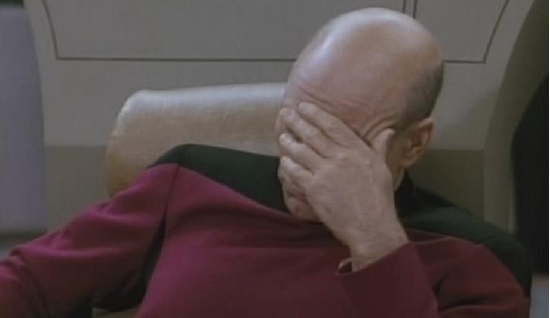 When they announced the new DC Comics logo not too long ago, I wasn’t a fan. However, I was content to sit back and let others write about it. Our own fearless editor Mike Gold wrote a fantastic piece about the new logo. You should read it. And then it was time to move on, to reading Rebirth, the new DC reboot which will be available by the time you are reading this. (Yes, your reading list grew quite a bit in a few minutes.)

I was all ready to move on, until Jim Lee decided he needed to explain the logo. Not the reason for the change, just explain the actual logo to fans.

On Instagram, Jim Lee revealed that “The nooks and angles are meant to evoke the Superman ‘S’, the Wonder Woman ‘WW’ emblem and the Bat logo.”

The problem with Lee’s response is that he had to explain the logo at all. A logo should be the most basic explanation of your brand. It should instantly trigger your brain cells to remember all you know about a company. Having hidden and inconsistent meanings that get replaced every few years is a horrible message to fans.

First off, yes, Batman, Superman and Wonder Woman are DC’s biggest assets but their logos aren’t clearly impacted here at all. A small curve of a letter doesn’t trigger the Man of Steel or Amazons in my mind, especially when they are mashed up like this. It looks messy rather than thought out.

That’s not to say that this doesn’t make me think comics. Let’s be real, when people talk about the city of Washington D.C., I think comics. The brand name is ingrained in me but I’m not representative of the general public. Constantly changing a logo makes that memory retention just a little harder. It also signals that they are changing their branding. Again. And again. And again.

If you change the logo every time you reboot the comic universe, then we are looking at two logos within a decade. The last logo couldn’t outlast Obama in the White House! We’ve had fewer U.S. Presidents than DC logos in the past few years. Think about that.

And if you are thinking “it’s just a logo change!” right now, you’re wrong. It’s a symbol of the inner turmoil brewing at DC. The great logos of commercialism don’t change that often. The Nike swoosh is older than me. I’ve built an association with the brand so everytime I look at it, I think Nike. Right now, when I look at the new logo, all I remember is the disorder of DC. That is what DC Comics has connected with this logo.
Regularly changing and rebooting your branding shows your fans that you are not confident in your product. Why should fans commit to you when you can’t commit to yourself? If the need to reboot and wipe the slate clean is so strong, then maybe the editorial leadership needs to be wiped away too. DC needs to find their confidence again. Until then, changing a logo isn’t going to fix anything.