Hauntings aren’t contained to just spooky castles or forests. SyFy has added a new member to their ghost-hunting line up of shows with DEEP SOUTH PARANORMAL, looking at the scary part of Dixie. Jonathan Hodges and Keith Ramsey explain their unique method to the art of ghost-busting, plus more with David Goyer and Tom Riley on what we can expect from DAVINCI’S DEMONS in the weeks to come, and here comes CUJO again. 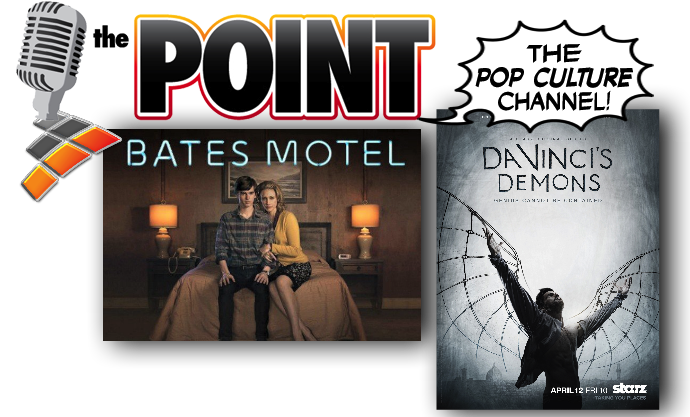 Television has been blessed with the reinvention of two icons. Carlton Cuse (LOST) talks about the choices he made in rebooting PSYCHO as BATES MOTEL, plus David Goyer (DARK KNIGHT, MAN OF STEEL) and his cast share the challenges faced on reintroducing the masses to Leonardo Da Vinci in DA VINCI’S DEMONS (premiering tonight at 10pm ET on Starz). Also, Robyn Schneider (@robinschneider) talks the latest DOCTOR WHO and the CW bails on THE CULT.

Watch the new trailer for “Man Of Steel” 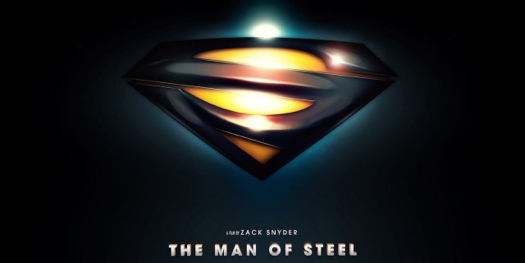 For those of you that can’t wait for the weekend to see it in front of The Hobbit, we have the new trailer for next summer’s Superman movie, Man Of Steel, starring Henry Cavill, Amy Adams, Kevin Costner, Diane Lane, Michael Shannon, Christopher Meloni, and Russell Crowe, written by David S. Goyer and Christopher Nolan, and directed by Zack Snyder.

Useless trivia: it’s been 34 years and one day since Superman: The Movie was released.

REVIEW: The Art and Making of the Dark Knight Trilogy

The Art and Making of the Dark Knight Trilogy
By Jody Duncan Jesser and Janine Pourroy
304 pages, Abrams, $40

There is so much visually wonderful about Christopher Nolan’s trilogy of Batman films that this book seemed an obvious event. An oversized hardcover, it has amazing production values with gorgeous photography on heavy paper, cleanly designed (thank you, Chip Kidd), and overall appealing. Clearly, the authors had access to everyone from Nolan on down and they spoke freely about the challenges of conceiving themes to marketing the films.

And yet, everything feels like we’ve just touched the surface and each chapter –Screenplay, Production Design, Cast, Costumes & Makeup, The Shoot,  Special Effects & Stunts, Editing, Music & Sound, Visual Effects, and Marketing – all leave you wondering about what else happened. For example, during the Shoot, one chapter per film, you never get a feel for how Nolan directs his cast, or how he adjusts to the needs of each actor. How did Katie Holmes and Maggie Gyllenhaal differ in their interpretation of Rachel Dawes. We’re left wondering why the comic book antecedents for most of the characters are referenced but not Henri Ducard nor are we told about the various reveals through the films (such as Ducard really being Ra’s al Ghul, echoed in the third film by Miranda Tate being revealed as Talia). Michael Caine writes an introduction that extols Nolan’s virtues as a director, but after that, we’re still left wondering what those are.

This reads about two steps above the usual press materials sent out when films open, the canned features sent to media outlets hungry for content. The writing is clear and facile, but a little too fawning in spots and far from critical about things that worked and didn’t work.

Perhaps the most glaring omission is a real in-depth look at the wildly successful viral marketing. This section needed more content, more images of the viral marketing at work, and more examples of the Internet phenomena, especially for The Dark Knight, which raised the bar for films.

You get some great shots of how the costumes, sets, and vehicles were built and see some of the shooting challenges that were presented over the last decade. It certainly works as a primer to Nolan’s take on the caped crusader and his world, but you don’t necessarily get into the filmmaker’s head, especially why he felt he was done after three. Nor does he comment how his successful reinterpretation of the hero led to supervising next summer’s Man of Steel. The contributions from screenwriters David S. Goyer and Jonathan Nolan are acknowledged but hearing more from them would have certainly helped us better understand how the films evolved, especially the themes for the final film in the wake of Heath Ledger’s death. Nolan writes in his foreword, “I never thought we’d do a third – are there any great second sequels?” Well, there’s The Last Crusade for starters, but Batman has endured monthly for seventy-five years so the answer is yes.

The book is a fine read but given the size and weight of the tome, one would have hoped for depth in the written content. It leaves you want much, much more and at this price, readers deserve all that and more.