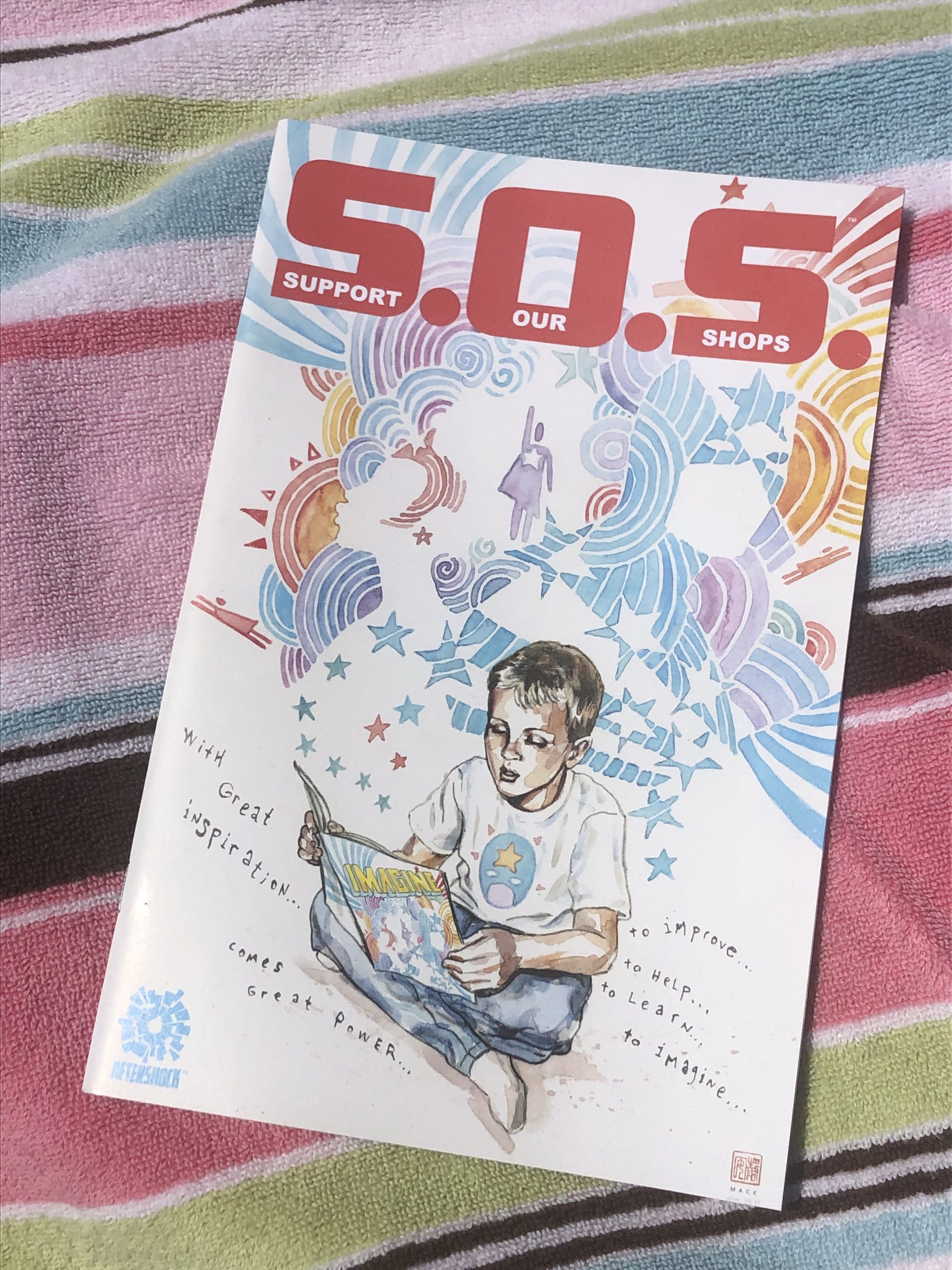 Buddy Saunders is a giant among retailers. I’m honored to give him the first-ever guest spot at my column. 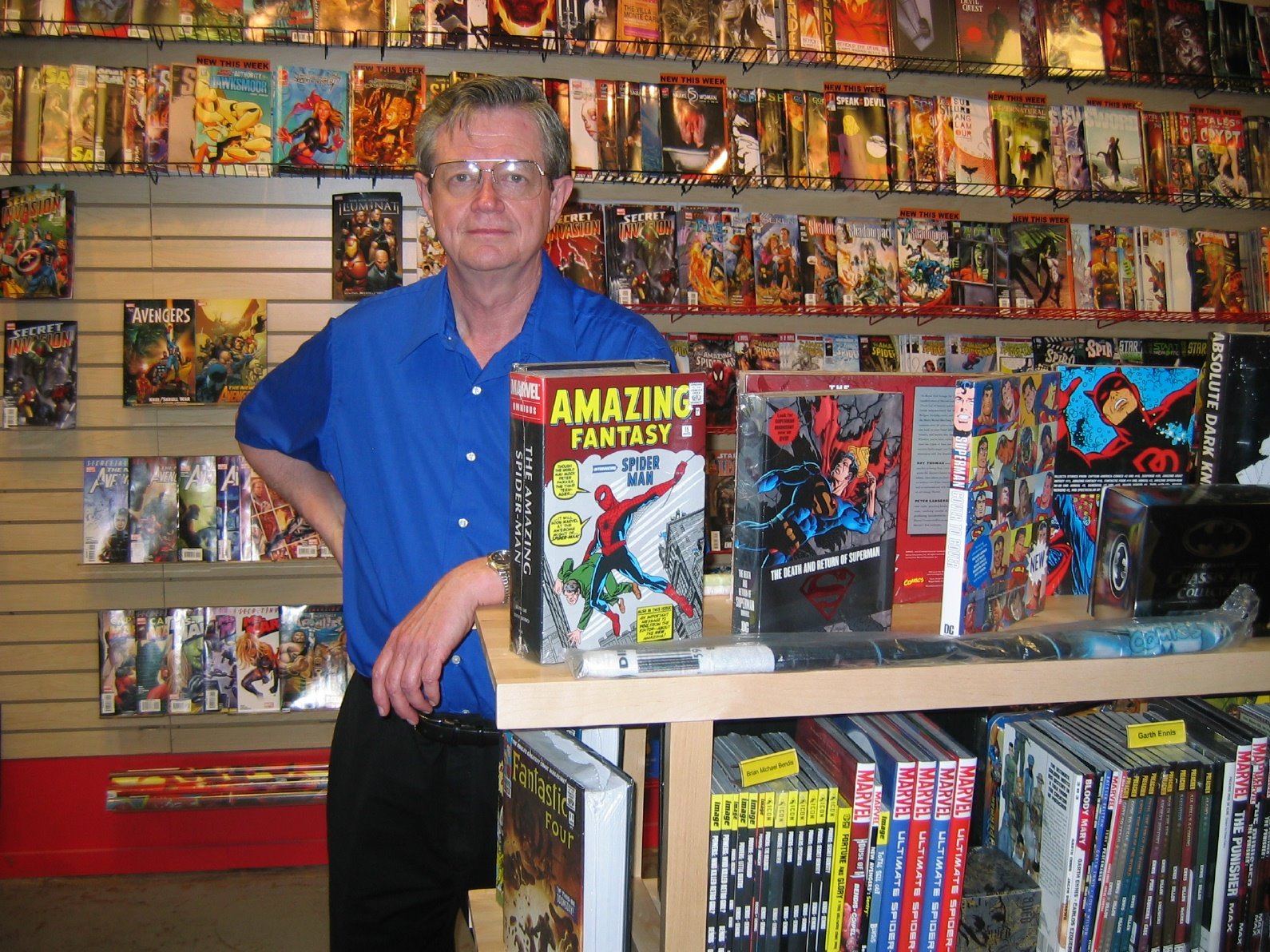 I’ll tell you this up front. In mid-to-late May, a time more in line with when most stores can reopen, Diamond Comics, our longtime distributor, will resume shipping comics from all publishers based on fair-to-all release dates. Were Diamond to begin shipping earlier, many of our fellow comic retailers would be left out in the cold. We very much respect Diamond for making the good-for-everyone decision they’ve made. We are all in this together, fans, creators, publishers, retailers and Diamond.

I want two things. I want to stand with and support my longtime distributor. And I don’t want to receive and sell comics that many, maybe most, of my fellow retailers can’t get because their stores are shuttered through no fault of their own.

Diamond Comics has been our distributor for decades. I know Diamond’s owner, Steve Geppi, well. We first met many years ago, ironically at a DC brain-storming retreat at a Montauk resort on the tip of Long Island. Steve and I were there to help DC editors and creators figure out how to deal with the growing market threat posed by Marvel. Steve was then just another comic store owner like me with no thought of becoming a distributor. But some years later, when my then Texas distributor proved unreliable, Steve, along with Carol Kalish of Marvel, made my transition to Diamond silk smooth. There’s a neat story in that, but now’s not the time to tell it. Bigger fish to fry at the moment.

First, there is the matter of timing. Too many comic stores will still be prohibited from being open on April 28th, the first DC release date.

Second, DC’s new distributors, Lunar Distribution and UCS Comic Distributors, are in reality two of the nation’s largest new comic discounters, Discount Comics and Midtown Comics. No comic retailer should be involved in comic distribution due to obvious conflicts of interest. The only exception to that rule would be a stopgap measure undertaken if the current distributor were failing. That is NOT the case with Diamond. Diamond is solid and as reliable as ever.

Third, these two new comic online discounters have no experience as distributors. Even a vastly experienced distributor like Diamond isn’t perfect, but they are very good at correcting errors. Will the new guys do as well? The answer will come the first time retailers try to get support services such as damage replacements.

Fourth, why are these two new distributors necessary? Creating new distributors for a short-term fix doesn’t make sense. It makes more sense as part of a larger long-term plan. But were Diamond eventually taken out by this process, mid-to-small publishers would be up a creek, a circumstance that would very much benefit DC. Marvel tried something similar—becoming their own distributor—years ago. It didn’t work out for Marvel. Nor will it work for DC if that indeed is their thought.

Any such move, for whatever motive, is unnecessary given that very soon Diamond Comics will return to full distribution mode when the majority of comic stores can resume sales—most likely mid-to-late May.

Every comic store owner has to decide what is best for their store regarding distribution and release times, but greater consideration should be given to long term health rather than to short term gain.

Lone Star Comics and MyComicShop will wait for Diamond, a distributor that has earned our loyalty many times over. And we will wait until as may stores as possible can join us in resuming weekly comic sales. And when that time comes, we’ll have plenty of stock from every publisher, including all DC releases.

This from Brian Hibbs, owner of Comix Experience in San Francisco:

DC is asking us to ABANDON Diamond. Diamond and Steve Geppi specifically have acted as the “bank” of the Direct Market, saving and protecting the great mass of retailers again and again and again. Do I have some problems with DCD’s operation? Sure: I’d be an idiot not to—but on the balance they’ve done more to preserve DM retailers than ANYONE EVER, so “walking away” from them in this time of challenge is completely entirely a non-starter for me.

Last word from Buddy. Thus far I’ve spoken to only a few comic retailers, but those retailers are well established and significant. They favor staying the course with Diamond. I know a lot of retailers read my weekly Lone Star Comics email. Guys, gals, email me at buddy@mycomicshop.com and share your thoughts on this issue. Let me know if you are going to go with the DC plan or stay with Diamond. I’ll print some of your feedback, but omit names and addresses to ensure your ability to speak freely.

Oh, and you the comic fan, this affects you as much as any comics retailer, publisher or creator. Your two cents’ worth is equally welcome. Just understand, my plate is mighty full already, so it may be impossible for me to reply to every comment received—our weekly email goes out to many thousands of people!