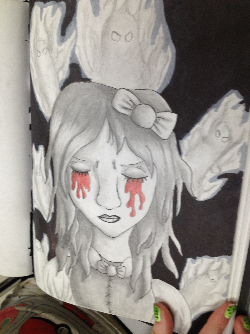 Ed Catto: Teaching The Teacher at the Bergen Arts Festival 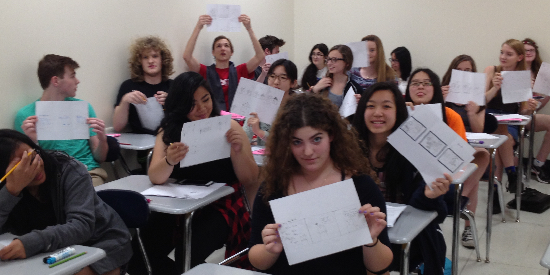 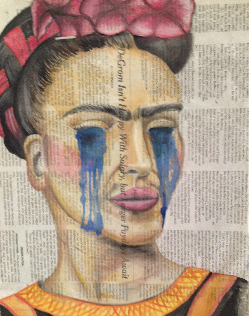 Kids these days… they’re all irreverent slackers, consumed in the little bubbles of social media and self-absorption, right? Not so fast! That’s not what I just experienced at all.

Each year, Bergen (County New Jersey) Community College is the site for the Bergen Teen Arts Festival. This impressive event invites outstanding high school students to participate in a daylong celebration of creativity, youth and the arts. It’s packed full of live performances – music, theater and more. An art exhibit showcases impressive drawing, painting and sculpting talent. The Festival offers more creative workshops than any student could ever attend in one day.

And the weather gods must support it, because it always seems to be held on a gorgeous, sunny day.

Evan Cooper, the Teen Arts Administrator is a focused and supportive guy with a great skill for setting the stage and then letting the students and teachers shine. Three years ago, Evan, along with creative writing expert Jim O’Rourke, recruited me to teach a class on creating graphic novels. 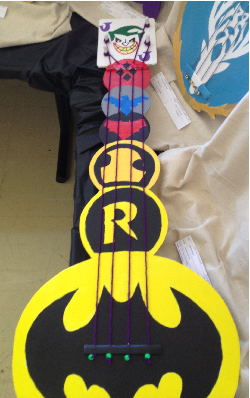 It’s been a fantastic experience. For my part, I try to distill some of my best (art) life lessons, learned from the likes of everyone from Scott McCloud to Joe Kubert to all my own art teachers. My goal is to help spark an interest in kids for the art form of comics. We have a lot fun in these classes, and if you’ll allow me to brag, they are always SRO.

Newsflash – they don’t really need me. They already get it. They’ve already earned their pilots licenses, or are in the process. I’m just the airport runway.

So, in fact, as the teacher, I have the opportunity to learn a lot in these classes. Here are some of this year’s observations: 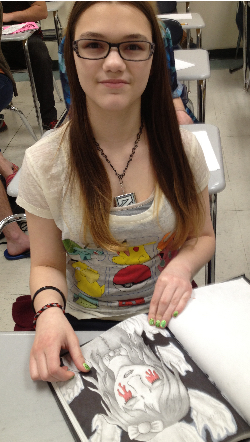 Manga is a Second Language to Many – If you attended the Book Expo and talked with bookstore retailers, they might have told you that the Manga craze (i.e. Japanese Comics) is dead. That’s not what I saw at all. So many of today’s high school students, presumably having enjoyed manga in their formative years, love this style and love to express themselves in this style.

Today’s Cool Kids – Years ago, when I was in high school, I made the mistake of wearing Batman apparel and was mocked (by one of the school’s prettiest blondes, no less) for my absurd, immature pop culture tastes. Today it’s so much the opposite. This isn’t a newsflash to anyone who’s been paying attention, but it’s still just incredible to me.

In each of the three classes I taught that day, there were one or two kids who wore superhero shirts and they were instantly the experts. They’d talk about the recent Captain America: Civil War movie, or Steve Ditko or digital comics or AMC’s new Preacher series. They knew their stuff and everyone respected them.

Lots of Talent – These kids were good! One student had already had his work accepted onto ComiXology’s Submit program (click here for more details) there was such a wide range of imagination and creativity.

What a day! Can’t we just fast-forward to the near future when these kids are published and see what they have to say?

When Unshaven Comics released its first publication, The March: Crossing Bridges in America, digital comic bookery was still mostly magic. The next year, when we released Disposable Razors #1, a glut of apps flooded the market promising the future for the indies, and ComicMix was knee-deep in online readers. Our books remained ink and paper. Our sales climbed.

The next year, a few of the apps went the way of Star Trek Voyager and Deep Space Nine. Disposable Razors #2 remained a glossy non-app. By the third issue, fewer apps remained commercially viable. Front-runners were forming, and Unshaven met every fan questioning when we’d offer our wares online met with the same confounded faces. Three more years passed, and we remained stubborn. And finally today, I’m happy to say we’ve joined the digital age.

You still can’t get our books digitally as of this posting… but it’s happening none-the-less.

In our defense, Unshaven Comics largely refused to take ourselves into digital comics because we were skeptical of a glut of things. Amongst them: how ubiquitous a platform and file-type might be, how payments would be processed, and how we could connect with fans if they downloaded our books (legally or otherwise) leaving us to sign napkins at the con for nickels.

Suffice to say, that glut is mostly dust now. ComiXology has arisen as the most adopted platform for digital books. Purchases on their app exist as licenses to read and enjoy for life. Of course if they go belly up, who knows. But I guess that’s part of the fun. Payments for indie guys like Unshaven Comics come once a quarter. And you get 50% of what comes in for your books. And as far as con-goers… well, it took long enough to grasp, but we finally get it. The world can exist with both a collectible market and a commodity market.

You can’t get Scott Snyder to sign Batman #75 on your iPad. Well, you could, but that might be awkward if you go back to read the issue. That, and people might think you stole your iPad from Scott, since he wrote his name on it, and that won’t end well for anyone. The digital comic marketplace is built for those looking to consume more than collect. Convention tables sell items for those looking for the opposite. I’ve long read e-mail chains from ComicMix’s Mike Gold over his continually growing digital pile of books he’s currently plowing through.

Quite frankly, who could blame him. The next time I know I’ll be leaving on a jet plane with hours to spend sitting, waiting, flying, and then sitting and waiting more… knowing that I could load up my iPad with a few volumes of all those books I’ve been meaning to absorb could be the difference between memorizing a SkyMall, or actually consuming something amazing. (Sadly, yesterday SkyMall filed for bankruptcy. I totally wanted one of those hot dog toasters because why not. But I digress.)

So, Unshaven Comics will soon be on ComiXology, via their “Submit” program. Off the cuff, it’s a great idea that is being crushed under its own weight. We Unshaven lads submitted our first issue of Curse of the Dreadnuts back in July of 2014. A few days ago, we were accepted in. Now, there was little to no explanation as to whether an initial submission takes longer than subsequent offerings, or if the program is simply that backlogged. And when I say “little to no” I mean “none.”

Beggars can’t be choosers, and I assume that the length of time it takes to get from submitted to being in-app is in direct correlation to the sheer number of indie creators attempting to push their way through. And given the likelihood of the mountainous sales one assumes come with e-publishing a book from the kids down the street, it’s not a surprise if ComiXology doesn’t place more emphasis on expedience with the program.

But let’s get back to the bigger point. After years of fighting it, Unshaven Comics has given in to the digital devil. The fact that with a little promotion, a little luck, and maybe just a lot more luck, we might move a few issues. And perhaps in another five months another issue will hit that digital rack, ready for hungry fans.

The system can only improve with time. Technology will continue to be adopted at incredible rates. Media will continue to exist in the shifting sands of ownership versus permanent rentals. And comic book creators will have a new avenue in which to compete with the big boys. And while our place within the app will be akin to our meager alley tables at the big conventions…

A spot on the floor is all it takes to earn a fan. Digital or otherwise.