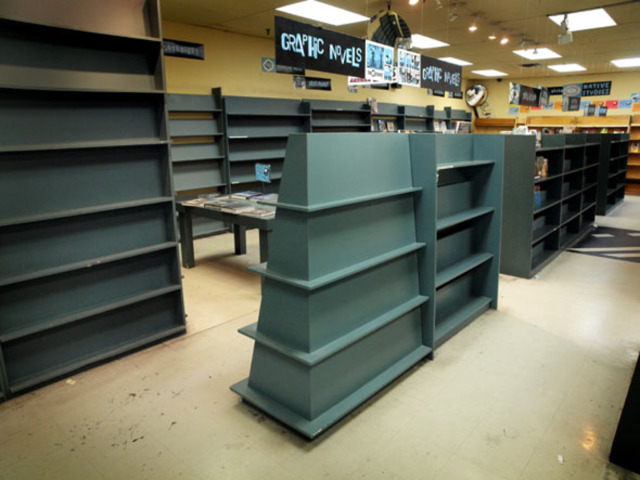 I have a theory. See if this sounds plausible to you.

It’s the early 80s, and you’re a comic fan. You grew up with the medium, and now that you’re in your twenties or even early thirties, you seen the medium grow up with you. Stuff that was once considered just kiddie fare is now being treated with respect, even if the newspaper headlines read “Pow! Bam! Whap! Comic books aren’t just for kids anymore!” The industry has never seemed healthier with new comic book companies starting all over the place and some of them even healthy like First, Eclipse, Fantagraphics, Comico, Pacific, Aircel… and you’re looking for a career. And you decide, “Hey! I love comics! I know what comics are good! I even have a lot of back issues in my collection! I should open up a store!“

And so you do.

And you survive a lot of ups and downs in the industry. You made it through the black-and-white bust, you had to switch distributors when the great consolidation happened in the 90s, you’ve dealt with all the wacky cover enhancements. Hell, you even survived pogs.

But you’re in your sixties now, and lugging around long boxes to conventions isn’t as much fun as it used to be, if it ever was. Your back issues aren’t selling like they once did, and their overall value has dropped, taking out a large hunk of what you thought was going to be retirement nest egg. And even though comic book movies are bigger than you could’ve ever hoped for as a kid, the stuff that’s coming out today doesn’t thrill you like it once did, and the sales seem to be a bit weaker than in the past… which really sucks because you’re gonna have to keep working in your store selling this stuff, and why can’t they make books like they used to?

Well, it can’t be because of you; you’ve done the work, put in the hours, driven a lot of miles. And it can’t be just be bad luck — things don’t just happen, things happen for a reason.

Then you go home and look at news that’s targeted to your 60+ white male demographic (oh, don’t give me that look— if you opened up a comic store in the 80s, you were almost certainly a white male) and you see stories about PC culture run amok and then maybe, just maybe, a small voice pipes up in the back of your mind and says:

Hey, maybe the SJW‘s really are to blame for this.

And that’s when you’re in trouble.

You’ve diagnosed that you’re in pain, but you misdiagnosed what’s causing that pain. I promise you, SJWs are not causing all the problems in retail right now— and if Sears and K-Mart couldn’t figure out what was coming at them, you shouldn’t feel bad that you couldn’t either. But it’s entirely possible that your problem is this: your store clientele is too much like you.

They’re older. They’re probably male, probably white. And just like you, their priorities have changed with age. The habit of driving to the store on Wednesdays stopped when they changed jobs. If they’ve got kids, they’re older now and (if the parents are lucky) they’ve moved away. They’ve moved on a bit themselves, and the old stuff just isn’t doing it anymore.

Meanwhile, that other store? The one in the location that’s gotten hip? Ask yourself: is it that the store owner is trying to get hip people to show up there by pandering to them, or are the hip people going there because it’s cool on it’s own? And what are they doing to get people who aren’t like you into their store?

There are stores (I’m not going to embarrass them by name, but I’ll bet you know people who are visiting them) who are doing well by continuing to do what they always do: they find cool things and show them to appreciative customers. Sometimes, that means asking people who aren’t your customers yet what they would appreciate. And if you have other things that are cool to other people, great! Their money is as green, and they’ve got more to spend if you can show them something neat. 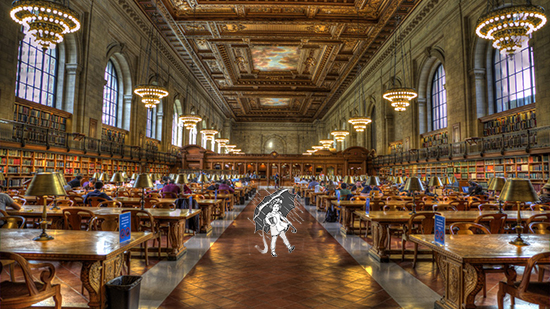 So what’ll we call today? Well, look outside. Ever see such a gorgeous summer day?

Since I (kind of) recall that yesterday the weather map guys were predicting Tuesday storms. Maybe this is national Meteorologist Mistakes Day. You might argue that such a festivity shouldn’t exist because somewhere – lots of somewheres – the weather is conforming to weathercasters’ prognostications and so there, wherever “there” is, the weather folk are dead on.

Somewhere – perhaps in your home town – the gutters are overflowing and lightning splits the sky and thunder rumbles and you are racing down the sidewalk, your windbreaker already soaked, your hair flat against your scalp and boy, was that guy on the 11 o’clock news ever right about the kind of Tuesday was darkening the clouds.

He didn’t use the word “rotten” but he should have. Damn spacey-brained weathermen!

But you’ve reached your destination. In through the revolving door, pause to let some of the weather drip onto the floor, and then your journey continues. Past the long wooden tables – that guy on the end is snoring – and on back to the stacks, thousands of books, some of which must be a hundred years old – could Mark Twain have stopped here during his rambling days to finger one of these cracked bindings when it was still new? (How old would he have to have been?)

Now, deeper into the building, past something that would have been impossible to find here when Dad stopped to return a map – family vacation coming up! – and allowed you to wander around for a while. Comic books! That’s what wouldn’t have been allowed on the premises when you first began to cultivate your library habit. More. But regardless of how they were packaged, these comic books were trash and anyone who’d never read one would have been happy to tell you so, back then.

And finally, the books shelved against the rear wall, where the fluorescent lights were somehow dimmer and a pleasantly musty odor scented the air. It was and is the library smell and it encouraged browsing, seeking treasures you hadn’t known existed until you held them in your hands.

These days, you still browsed, but it was a different kind of browsing. You looked at pictures on computer screens and if you saw something interesting, no problem. One click and it was on its way, this thing pictured on the screen. You could browse another kind of screen, a television screen, and if something caught your attention, click! And sink into the couch to be entertained. But the hard metal and glass of your home electronics devices didn’t smell like anything in particular and so something, some tiny inconsequential something, was missing from the experience and that was not a happy thing.