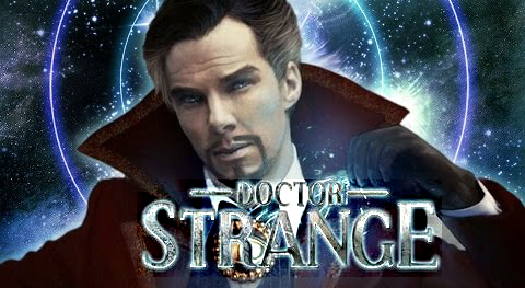 This is how devoted I am to you, Constant Reader. This morning of deadline day, just before I woke up, I had a dream. In that dream, Editor and Task Master Mike Gold was saying, “That new Doctor Strange movie is just an excuse for fangirls to obsess over Benedict Cumberbatch.”

(Note: I don’t actually think this is something Mike would say. I mean, I don’t live in his head, so maybe he would. The point is, some aspect of my subconscious, disguised as Mike, said it in my dream.)

In my dream, I answered, “So what? Pocketful of Miracles was just an excuse for men to obsess over Ann Margaret’s hymen.”

And then I woke up and realized I needed an idea for this column.

Luckily, the inspiration gods were looking out for me, and Justice Elena Kagan of the Supreme Court of the United States geeked out. As part of a majority decision on a case involving patent law as it pertains to Marvel Entertainment and the guy who invented web-slinging toy technology, Kagan proved she had fangirl cred.

For those of you who haven’t read her decision (or haven’t read the coverage of it, which is all that I’ve read), you may be delighted to learn that she name-checks Steve Ditko, cites the proper issue number for Peter Parker’s debut, and quotes “With great power comes great responsibility” correctly and appropriately.

Clarence Thomas, the other noted fanboy on the court, disagreed with Kagan, but did not cite any Marvel creators in his written opinion. I like to imagine them arguing at lunch over who would win in a fight, the Hulk or Superman (maybe with President Obama and Senator Patrick Leahy, and any other elected comic-book nerds). I doubt it would help our political system function any better, but it would make it much more relatable.

I would like to tell you that, because of Kagan’s opinion, I went and did the research on patent law and came to my own conclusions about patent law, which I now understand.

Instead, I wondered if maybe I should create a superhero with a secret identity as a Supreme Court Justice. It could work. Supreme Court justices are only required to appear in public for a few hours a day when the court is in session, and they are not in session at all from the end of June until the first Monday in October. They probably spend a lot of time doing research and writing opinions, but with the right staff, I bet that would still leave a lot of free time. The frisson between the highest upholder of the law by day and a vigilante by night could be awesome.

But that’s too much like work, so I looked for something else to think about.

And then, I wondered whether or not Justice Kagan wore a Spider-Man t-shirt under her robes. I wondered if anyone would cosplay as her at San Diego in two weeks, because that’s a really easy costume. You could even smuggle in snacks.

Oh, and go watch this. You’ll thank me.