Mike Gold: How Are You Getting Your Marvel Stories? 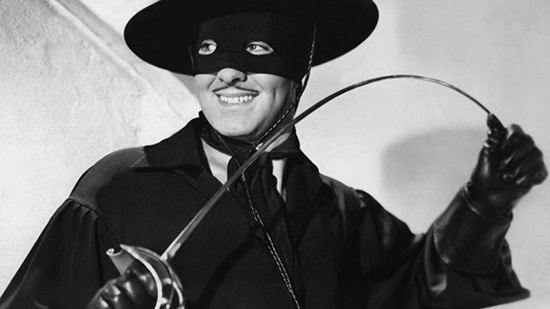 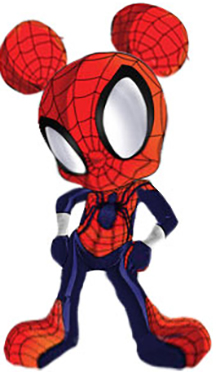 In this very space last week, I suggested there was a reason Marvel’s sales are off that is in addition to the negative reader reaction to such events as Civil War 2 and Secret Empire.

Let’s spread some numbers around. Buying into these mega-events is expensive. Each consists of dozens and dozens of comics — mini-series, tie-ins, one-shots, and so on. Each event takes about 50 or 60 hours to read in their entirety. The post-event comics come out after that, and you might be compelled to check out a few of the ongoing titles where the event changed the characters therein, although Marvel usually abandons those changes around the time the next relevant movie comes out. That’s more money and more time.

The whole thing takes the better part of a year to unfold; longer, as these days each Marvel event tends to segue into the next. You’ve got to work hard and spend a lot of money to complete a satisfying story, even if – as in the case for many with Civil War 2 and Secret Empire, you didn’t find the story all that satisfying.

However, for roughly the price of three individual comic books you can buy a ticket to the latest Marvel movie and get what is usually a satisfying experience — and your friends can join you in that experience. Of course, one should add the cost of an overpriced box of Snow Caps or some such to the tab.

You can watch as many Marvel teevee shows as you can absorb, and many of them are quite entertaining. Or if you want, you can wheel a cooler filled with snacks and drinks into your bathroom, bring in a tablet or a laptop computer, and stream an entire season of one of Marvel’s many, many Netflix series. As long as nobody else needs that toilet, you’re in superhero heaven with a story complete with a beginning, a middle and an end. I, for one, found the recent Marvel’s The Defenders to be very entertaining. Your opinion might differ, but it really shouldn’t. 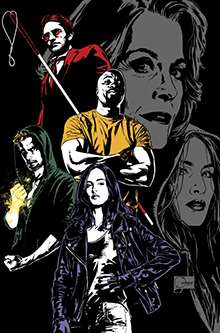 If you’re already a Netflix subscriber, it’s free. If not, well one month of Netflix costs a hell of a lot less than one week’s worth of the current Mighty Marvel Event and you get enough other Netflix shows and movies to fill the Pacific Ocean. You will spend less time, energy and money following your favorite Marvel media madness than plowing your way through a pile of event comics that are mediocre at best.

So, I ask you this: even this particular competitive environment… who needs to buy all those comic books? And maybe that’s okay by Marvel’s owner, the Mickey Mouse corporation. They understand how to make and how to market movies and video. This comic book stuff goes against everything the bean-counters learned in MBA school – as far as those suits are concerned, everybody in the comics racket talks like Bizarro Number One.

Indeed, the profit of Marvel’s new comic book output for an entire year is dwarfed by the profit from the last Avengers-themed motion picture alone — even if those publishing profits had somehow mysteriously doubled.

I’m not suggesting Disney might not want to publish new comics, but as a return on investment, those resources might be more profitably allocated to the media side.

Shhhh! Don’t tell the Mouse! He can be a real rat, and rats don’t eat staples. 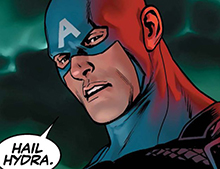 Many wags think someday Mr. and Ms. Consumer will shout enough is enough and demand superhero shows be replaced by… I dunno, maybe westerns or something equally trendy. I’m sure we won’t be seeing half-billion-dollar cape flicks in the theater with the near-monthly frequency we’re seeing now, but who knows? We’ve always had superhero movies and superhero stories, from the Scarlet Pimpernel to Sherlock Holmes to Zorro to Tarzan. The only question is quantity.

Does Disney care? Well, they’ll say they do, but they own all those Disney properties which, these days, includes the Marvel characters, the Star Wars empire, the Muppets, and Pixar. It’s not like they won’t have anything to whenever the superhero trend fades a bit.

Disney did not do much in the way of original Mickey Mouse and Donald Duck cartoons for several decades, and they don’t do all that much with them today. Yet they continue to sell a lot of Mouse and Duck product of all sorts. They do not need to publish Marvel comic books in order to keep Captain America and Groot in the public mind.