Bob Ingersoll: The Law Is A Ass #358: CYCLOPS CREATES THE UP-TIGHT CITIZEN’S BRIGADE

A Mr. Richard Feder of Fort Lee, New Jersey writes in and says… Something completely off-topic. This is “The Law Is a Ass,” not Roseanne Roseannadanna. However, a Mr. Ronald Byrd writes in and says, “Hi. Wondering, did you pay much attention to the X-Men/Utopia storyline? Because it seemed to me that, by declaring Utopia to be a sovereign nation (whether or not Cyclops’s actions conformed to real-world laws on how to declare a sovereign nation isn’t presently the point), Cyclops unilaterally declared everyone on Utopia to be citizens of that nation and thus unilaterally stripped them of their (for the most part) American citizenship. Without asking. Which struck me as, I don’t know, inappropriate? Did I misunderstand that part? Thanks for your time.” 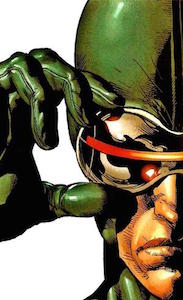 Is that what happened in Utopia? I’m afraid my memory is like fine wine. It did get better with age. Then it was exposed to oxygen and turned into vinegar. So, if that’s what happened in Utopia, I kinda forgot about it. (Forgetting was kind of a defense mechanism.) But if that’s what happened, then here’s why Cyclops didn’t do the bad thing you thought he did. (Which would be the first time in a long time that Cyclops, as currently written, didn’t do a bad thing.)

The Citizenship cemented the right of all United States citizens to be citizens. Which wasn’t always the slam dunk you’d think it would be.

American citizens have a constitutional right to be American citizens. Seems rather basic. But in 1940, Congress adopted a bleach to basic attitude. Remember, this was in the days and years leading up to World War II, when our relations with several foreign countries – such as Germany, Japan, and Russia – were as strained as Spanx on Honey Boo Boo’s Mama June. Back then, the United States motto was “For every action there is an equal and opposite overreaction.” Japanese interment camps, anyone? One of the biggest overreactions was the Nationality Act of 1940.

All citizens could lose their citizenship if convicted of military desertion during a time of war. (Ruled unconstitutional in the case Trop v. Dulles as a violation of the Eighth Amendment’s protection against cruel and unusual punishment.) 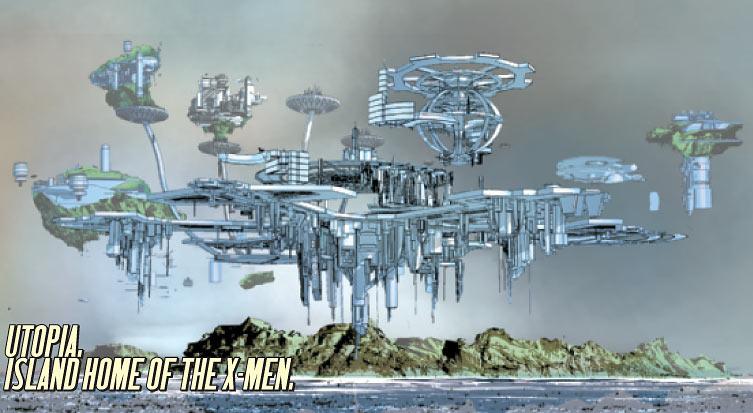 Most mutants didn’t ask to become citizens of Utopia. They became Utopians when Cyclops claimed them. Did they lose their citizenship because of what Cyclops did? The short answer is “no.” The long answer is, “No and here’s why.” Because the core function of this column – to inform you of how the law works – requires exploring the “here’s why” part, we’ll go with the long answer.

American citizens cannot lose their citizenship unless they commit a voluntary act which is inconsistent with citizenship. In Nishikawa v. Dulles, a natural-born citizen of Japanese descent moved back to Japan with his family. While living in Japan, he was involuntarily conscripted into the Japanese army. The Supreme Court ruled that he could not be deprived of his citizenship under the Nationality Act, unless his act was voluntary. Because Nishikawa was involuntarily conscripted, his service in the Japanese army could not be used to expatriate him.

But what about those mutants who did something in service of Utopia? Like Wolverine, who headed up X-Force, the Utopian mutant covert-ops squad. (And why would a place called Utopia need a covert-ops squad in the first place?) Would those mutants lose their citizenship for voluntary actions which were inconsistent with American citizenship? Again, the answer is no.

So it looks like none of the mutants on Utopia would lose their citizenship simply because they became citizens of Utopia. It’s a win for all mutant kind.

However, the fallout of the Afroyim case is that the U.S. government, which strongly opposed the concept of dual citizenship, has not grown to accept it. That means that the Utopians were citizens of both the United States and Utopia. And had to pay taxes to both of them. So maybe we should reexamine that whole win for all mutant kind notion.