Mindy Newell: The Fox Is In The White House

“Use of the term ‘alt-left’ gained ground quickly online (according to Google Trends charts) when conservative Fox News host Sean Hannity used the term in a debate with BuzzFeed writer Rosie Gray over media coverage of the so-called ‘alt-right’. Searches for the term spiked again directly after Trump used it in his 14 August 2017 press conference. It is unclear if Hannity himself coined the term, but we could not find widespread use of the term on Reddit or 4chan, a web form popular with the 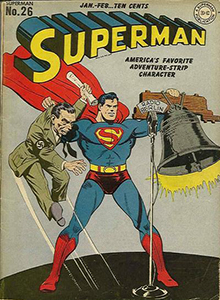 Is that a keyboard command?

I sometimes wonder how many of those who work at the “fair and balanced” network – the bile rises in my throat as I type that – really believe what they spew, or are they just in it for the paycheck? I mean, why did it take so long for Megyn Kelly, Gretchen Carlson, Greta Van Susteren, Julie Roginsky, Michelle Fields, Andrea Tantaros and others to come forward about Fox being the personal harems of Roger Ailes and Bill O’Reilly?

Even Chris Wallace – of whom Jennifer Rubin of the Washington Post said, after the third and final Presidential debate in October 2016, which Wallace moderated: “No one could watch the final debate and deny that Chris Wallace is among the best in the business.” – said, “it’s not my job” to fact-check candidates, but that it was the job of the opposing candidate. Really, Mr. Wallace? Given up journalism, have you? For a nice, fat paycheck and a steady gig on Fox on Sunday mornings? 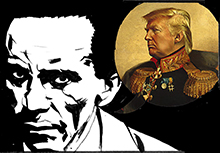 Is there anyone at Fox with even an iota of integrity and self-respect?

After Charlottesville and on Saturday after Boston, I was switching between MSNBC, CNN, and Fox – because I was curious as to how the last was reporting it – which left me to wonder if those who work at Fox are given a manual of essays and quotes by Goebbels as part of their orientation packet:

It’s not just Russia or Steve Bannon and his crew, folks.

The Fox is in the henhouse White House.