John Ostrander: Think Of The Children! 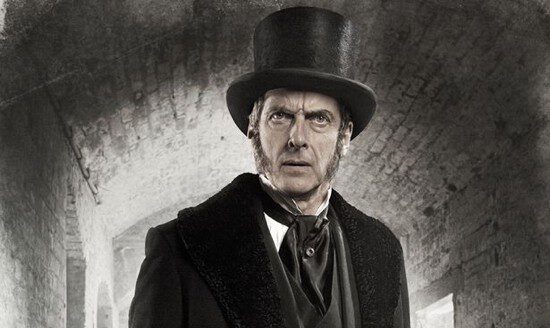 Doctor Who, the long-running BBC TV series about a humanoid alien transversing through time and space with his companions, has wound up its current season, its tenth since it’s return following a long hiatus. The current actor playing the part, Peter Capaldi, is the fourth actor (or the fifth depending how you number it) since the show returned or the twelfth or thirteenth since the show’s inception. The numbering differential is a wibbly-wobbly, timey-wimey thing.

The show has sparked a discussion among the fans lately because, well, that’s what fans do, especially of a cult science-fiction show such as this one. There’s great passion and great heat as usual with these things along with the absolute conviction of one side that they are right and that those on the other side are wrong. It doesn’t matter which side of a debate you’re on, the other guy is wrong. There’s a lot of passion and maybe some thought and that’s what happens with a fan disagreement.

There’s some truth to all this, and there’s a lot of bullshit as well. The current show-runner, Stephen Moffat, also writes a number of the episodes and his fingerprints are usually all over the ones he doesn’t write. I started out as a big fan of Moffat, especially in the seasons before he became the show’s producer. At his best, Moffat writes very clever episodes with great heart. At his worst, Moffat is just being clever. I’m less impressed with those episodes than he seems to be.

Are the Doctor Who monsters too scary for children? The show has always scared children. Part of its initial burst of popularity, indeed its initial survival, rested on the Daleks, a group of alien cyborgs. They’ve been described as deranged pepper shakers, bent on conquest and the death of any species inferior to themselves which they consider all other races to be. They’re catch phrase is “Exterminate!” They scared the bejabbers out of British tykes since their first appearance. I’ve read reminiscences of Brits saying they watched the show from behind the couch or through their fingers. The world can be a scary place and all children know this. Being afraid and then seeing the monsters defeated is, I think, very healthy. Many of the classic fairy tales do this. Scaring the little bastards is a good idea. It’s part of growing up.

Should Doctor Who have remained a children’s show? I’ve worked for a long time in a medium (comics) that was considered the bastard child of children’s lit. It was off in a ghetto of its own despite the fact that elsewhere in the world, the comics medium wasn’t considered to be only for children. I’ve never considered my work to be primarily for children and, in fact, have several times steered a parent away from my work. We’ve since broken out of that artistic straightjacket with works of art such as Art Spiegelman’s Maus showing what the medium is capable of being.

That said – there haven’t been enough comics for children any more. The medium has catered to the fan and the cult without paying attention to where the next generation of readers are going to come from. That’s short-sighted. Given the multiple versions of the characters that exist, the two major publishers – DC and Marvel – should publish versions of their main characters to attract the young reader. As the kids grow into adults, you could introduce them to the more grown-up editions of the characters. That’s investing in their own characters and the future of the medium.

The question for the comics – and Doctor Who – is not just what they are but what they can be.