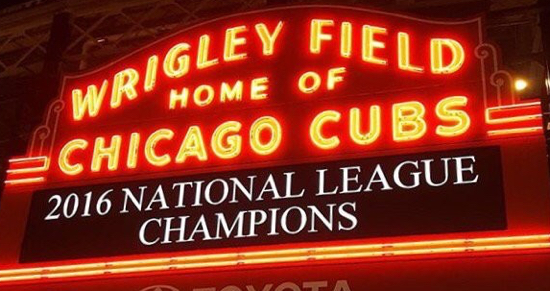 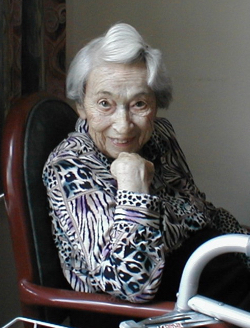 On The Late Show on Thursday night, Stephen Colbert celebrated the Cubs winning the wild card spot in the MLB playoffs (they beat Pittsburgh) by declaring that the Curse of the Goat was now broken and that the Cubs would go on to win the whole enchilada.

Mr. Colbert, how could you? You lived in Chicago for eleven years. I know that, at that time, you studied improv with Charna Halpern and my old writing partner, Del Close. You know the dashed hopes and numbing despair experienced by Cub fans. And just when the Cubbies had won their first playoff game in Twelve Years, you had to flout the Curse of the Goat and even eject from your show a goat that had been in the front row of the audience. The goat clearly did not want to go but you had to repeat the incident that first brought the Curse of the Goat down on the Cubs.

For those of you who don’t know, back in 1945, when the Cubs made one of their few appearances in a World Series, saloon keeper Bill Sianis (owner of The Billy Goat Tavern, a famed watering hole in the lower level of Michigan Avenue), was ejected from Wrigley Field along with his pet goat. Some say the Cubs owner, Phillip K. Wrigley, objected to the smell. Of the goat or of Sianis, I’m not sure. Sianis swore that the Cubs would never win a World Series again (accounts differ slightly but that’s the gist of it). And they haven’t. Of course, they hadn’t won a World Series in the 40 odd years leading up to that but perhaps the curse was retroactive. Who knows with curses?

Sianis himself tried to reverse the curse in later years; all sorts of rituals and exorcisms have been done to no effect.

I’m a life-long Cubs fan, Stephen. I had no choice in the matter. I was born on the Northside of Chicago; that locks me into the Cubs. The Southside is for the White Sox and the West Side – well, who knows or cares. They’re free agents; they may support St. Louis as far as I know.

The Cubs have not won a World Series in 107 years. My aunt, who lived to be 101, was alive the last time the Cubs did that. She was barely one-year old. That’s how long we’ve been suffering and waiting.

Every so often, it looks as if our luck is going to change, that the Curse will finally be broken. In 2008, they had the best record in baseball. There wasn’t anyone the Cubs couldn’t beat. In the first round, they were swept by the Dodgers. Didn’t win even one game. The Goat laughed. Baaaa-ha-ha!

In 2003, they were in the playoffs against the Florida Marlins. They were leading three games to two, they were at Wrigley Field, they were leading 3-0 in the 8th inning with two out, and a fan named Steve Bartman, sitting in the front row on the left field foul line, saw a ball headed his way. Trouble is, it was a playable ball and the outfielder, Moises Alou, had a chance to catch it. Bartman made a play for it, too, and tipped the ball. Alou didn’t catch it and a collective groan went up from the Cubs’ fans in the stadium and watching it on TV. We knew the Curse has struck again. The Cubs went on to lose the game and the series. Bartman had to be escorted out of Wrigley Field by security for his own protection.

And somewhere the Goat laughed. Baaaa-ha-ha!

If/when the Cubs fail again, Cub fans are going to remember you taunting fate, Stephen Colbert. You are going to be the new Bartman. Your ratings will plummet in Chicago. You won’t be able to come back to the city to visit old friends, not that it will matter; they will shun you and your hubris.

Of course, there is the possibility that you’re right. That slim, ephemeral hope that comes back to life every time that the Cubs enter the play-offs, that glimmer of possible victory that enters every true Cubs fan’s heart, may finally be realized. And you will have called it. You will be able to lead the Victory Parade down LaSalle amidst the cheering throngs.  It will be a great moment of victory and you can claim it because you called it.

And then what will happen?

The team’s owners, emboldened, will move the Cubs out of the friendly confines of Wrigley Field to a new stadium, possibly in the suburbs, possibly in another city all together. They will maximize their financial potential.

And, shorn of their identity as baseball’s most lovable losers, the symbol of futility and the unending patience of the true fan, the Cubs will become just another baseball team.

Mike Gold: We Can Be Heroes

When I was at the optimum time to adopt a personal hero, I chose Ernie Banks. Shortstop and later first-baseman for my Chicago Cubs, he joined the team after a stint in the armed forces and the Negro Leagues. He spent 19 seasons with the Cubs, which constituted his entire professional baseball career.

When the Cubs were at the bottom of the standings, which also was just about his entire career, Ernie not only stood out as among the very best, he virtually gleamed. Nobody seemed to enjoy playing baseball more than Ernie Banks. His trademark saying, “Let’s play two,” combined with his beatific look made you want to play as well.

Of course, had you been given the opportunity you would have been outclassed. Banks played in 14 All-Star Games. He was the National League most valuable player – twice. His lifetime stats: batting average .274, hits – 2,583, home runs – 512, runs batted in – 1,636. He made it into the Baseball Hall of Fame on his very first year of eligibility, with 84% of the vote. In 1999, Ernie Banks was named to the Major League Baseball All-Century Team.

Compared with the Cubs’ efficacy at the time, Ernie Banks was beyond belief. There wasn’t much of a team to help him.

When he hung up his mitt in 1971, Ernie started up a charity, became America’s first black Ford dealer, and worked at Chicago’s Bank of Ravenswood in public relations and new business development. It was in that capacity that I met my hero.

I was a co-founder of a youth social service program called The National Runaway Switchboard, and like all non-profits we applied for grants wherever we could. The Bank of Ravenswood was one of our many donors, and it was Ernie who handed us one of those huge photo-op checks. For all I cared, he could have handed me a bag of stale donuts. Meeting Ernie Banks was one of those genuine “hamina-hamina-hamina” moments.

Ernie was awarded the Presidential Medal of Freedom in 2013, and, yes, that’s President Obama putting the medal around his neck in the picture at the top of this column.

Ernie Banks died last Friday, at the age of 83. Thank you, Mr. Banks. Thank you for teaching this comic book editor what true heroes are all about.