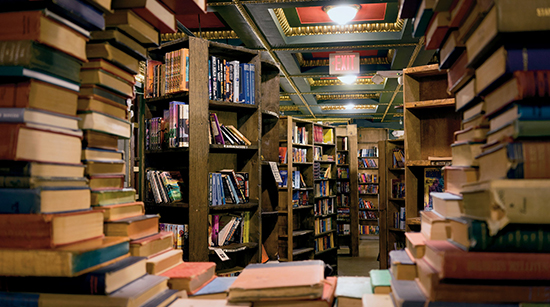 I’m guessing that comics began edging into my toddling into our flat when I was somewhere just north of infancy: five, six, somewhere in there. Paperbacks, though – different story. The first modern paperbacks weren’t published until 1935, just four years before I burst, noisily, into my parents’ existence. So, the publishing venue and I arrived at approximately the same time and we’ve both been around ever since. Mass market comics, the kind that printed original material, joined the party in 1938, a year before I did and lo and behold, there we are, comics, paperbacks and me, all growing old together.

Later, after I’d moved to a metropolis that hosted a relatively large number of bookstores, I would browse: enter the shop and just patrol the aisles, maybe lingering a bit in the science fiction and detective sections. (There were no comics sold in regular book stores – not yet. And the comic shops, the kind we know and love, we as yet unborn.) Sometimes I would even – o thrill! – buy something.

Then: something new, a new place for browsing – video stores. I’d been aware of them, these new browsing sites, pretty early on, I guess. I lived in a hip neighborhood and the nearest video renter gave discounts to writers and artists and if you think that Scrooge O’Neil would ever pass up that kind of sweet deal, well… Then a friend introduced me to some really big video places in Brooklyn – I’m taking seriously big – and there I was again, on the browsing trail.

You know better than that!

We weren’t done with browsing, we children of the war, but our technique evolved. We began to do it, some of it anyway, with no wear and tear on our sneakers. Oh, don’t put it past me to half-kneel and check the titles on the lower shelves, but these days I’m more likely to have entered the store in search of the coffee counter than to buy books, which are more likely to arrive via electronics. So, yeah, we shop from the couch, in front of a computer screen like the one you’re looking at.

Not yet. One more venue should be acknowledged. It does not allow you to own something you want, it allows you to rent movies and television shows and maybe sports. It dwells somewhere in the vast cosmos of television land and I reach it by using something called a Firestick, though you may employ another modern miracle to do the job. And after Mari retires for the night, I sometimes sink into the couch and, yes, browse the hundreds of entertainment and information listings Firestick makes available.

Maybe next week we’ll say something about the content of those listings. No promises, though.