As many of you know Darwyn Cooke, beloved comic book industry icon, passed away Saturday May 14th after a battle with lung cancer. He was 53 years old. I could go into all of the facts, his accomplishments and merits in animation, illustration, and writing, but many of you already know them all or could easily gain access to them on the plethora of websites covering this tragedy. So in lieu of listing off his accomplishments, I’m going to talk about what Darwyn Cooke means to me. 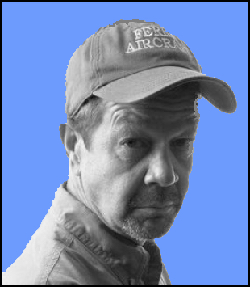 My earliest memories of Darwyn Cooke’s work was from Marvel’s X-Statix. Peter Milligan, Mike and Laura Allred crafted an incredible pop art critique of the direction we were going in our fame obsessed culture using mutants as the metaphor of choice. One of the artists that also worked on this was Darwyn Cooke. My younger brother James was not quite a teenager as this was coming out, but he knew right away that it was something special. It took me a little longer than James to really appreciate just how incredible artists like Darwyn, the Alfred’s and Paul Pope are, but not that much longer.

From there I would see Darwyn Cooke’s work pop up time to time. I was always attracted to it, but never really know where to jump in. For a few years I found myself travelling the country working on different political or advocacy campaigns and my comic reading was sporadic at best. One of the artists I fell in love with at that time was a collaborator of Cooke’s, Tim Sale.

Once I really settled back in New York in 2010, I delved into working on comics myself. By NYCC 2011, I had enough comic work done where I decided to get a table with my then collaborator Bob Wulff. This would end up being more of a learning experience than anything else, but we did end up having a table diagonally across from Tim Sale. More than a few times when he had a lull I’d walk over, chat with him, and get a couple of books signed, including Absolute Batman Long Halloween, the only Absolute edition I owned at the time. When I asked Tim what other Absolute editions he would recommend, he said without missing a beat, The New Frontier.

Not long after I picked it up and was blown away by how gorgeous the art was and how he lovingly and seamlessly crafted such a complicated and continuity heavy story in just the right way to make it all feel so straightforward and simple.

I would soon be given a copy of the first of the Richard Stark’s Parker graphic novel adaptation from IDW, The Hunter, by my friend Mike Bradley. He owned and operated Collectors Kingdom for over two decades before his sudden passing on April 6th, 2015. He was 48 years old. For a while I would stop in at least once a week to pick up comics, chat with Mike and the regulars there, and exchange recommendations. I thought of his love of Darwyn Cooke and how he gave me that book when I heard of his passing, and now Darwyn Cooke’s passing has brought this all full circle for me.

For NYCC 2012 it was announced that Darwyn Cooke would be one of the guests. I was excited at the prospect of meeting someone whose art I had grown to adore. Shortly before the convention, however, he had to cancel. This left me disappointed, but I figured it wouldn’t be too long until I’d get a chance to see him. After all, it’s not like he was going anywhere.

One year later at NYCC 2013 he was again announced as a guest and unlike the previous year, he remained as a guest. This time I would get to meet him. Darwyn Cooke didn’t have a table in artist alley, which made things more difficult. I saw that he had a panel on his life and career moderated by Paul Levitz on the last day of the con in the last time slot, and 4pm. Paul also wrote a heartfelt post on Darwyn Cooke’s passing you can read here. I planned my day around making sure I could attend.

Before I headed over to the panel, I dropped by artist alley to pick up a Superman sketch from my friend John Broglia. We chatted about the show, and it eventually came up that I was going to the Darwyn Cooke panel. John’s eyes lit up and he turned to his bag to dig out a copy of one of Darwyn’s Parker adaptations. John told me that every con he attends that Darwyn Cooke is at he tries to get a comic signed by him, and asked if I could get that signed for him. Having no idea if I’d even be able to get a signature from Darwyn Cooke at this panel, I said yes.

The panel was everything I hoped it would be. Paul Levitz facilitated a wonderful, engaging conversation about how Darwyn got his start in comics. Afterwards, the modest sized panel audience mostly dissipated as a handful of people stuck around, including myself. When it was my turn to talk to Darwyn Cooke, I didn’t do or say anything special. It was mostly niceties and a declaration of how much his work means to me.

I had three books for him to sign: the Parker book Mike Bradley gave to me, the one that I was getting signed for John Broglia, and copy of Absolute DC: The New Frontier. He signed the Parker books first. When it came to the Absolute, I told him that Tim Sale had told me about it a couple of cons back. After hearing that, he looked up at me and with a big smile on his face asked me my name. He proceeded to sign the book to me and did a quick head sketch. We shook hands, still with that big smile on his face, and I rushed back to artist alley to get John his book back as I ignored the loud calls from volunteers that the show was over.

There were at least a couple of other chances I had to see Darwyn Cooke again, but I didn’t. Some conflict or another would arise, and I’d think to myself how it’s more important that someone else who hasn’t met him yet got the opportunity to anyway. After all, it’s not like he was going anywhere.

Darwyn Cooke and his work in comics mean a great deal to me and countless other people. The brightness, optimism, and heart in his storytelling often seemed like the last stand of a losing war in mainstream comics against darkness, cynicism, and hate. Though others still work on combating this bleakness, to me he has been their greatest champion. Because of the work he has done, he’s left countless other people in his place to champion these ideals in his stead. Some of them you’ve heard of, some of them you’ll hear of soon, and I’ll bet some of them won’t even come into being until all of us here now are gone.

My condolences to his family, his friends, and to all the lives he’s touched. The world of comics is a darker place for now, but it won’t be for long.