Mindy Newell: B’more Of All That You Can Be 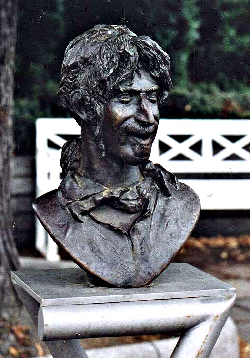 There is a saying in Baltimore that crabs may be prepared in fifty ways and that all of them are good. • H.L. Mencken

“There is only so far that you can push people into a corner… We’re frustrated and that’s why we’re out there in the streets.” • Charles, Member of the Crips gang

“I would never want to live anywhere but Baltimore. You can look far and wide, but you’ll never discover a stranger city with such extreme style. It’s as if every eccentric in the South decided to move north, ran out of gas in Baltimore, and decided to stay.” • John Waters, Filmmaker and Writer

“This is a skewed portrayal of the protests; it is what the media chose to portray – the media that consumers bewilderingly seem to want. The real revolution is thousands of people across America standing in solidarity against police brutality. The real revolution is youth activists using their voices and their fearlessness to fight for the future of their generation. The real revolution is people of different races walking through the streets of inner city Baltimore, arms locked, chanting ’All night, all day, we will fight for Freddie Gray.’” Leah Eliza Balter • Student, Baltimore Community College, Op-Ed in the Baltimore Sun

Detective William Moreland (Wendell Pierce): I’m just a humble motherfucker with a big-ass dick. Detective Lester Freamon (Clarke Peters): You give yourself too much credit. Moreland: Okay then. I ain’t that humble. • The Wire, HBO

This isn’t a column about the Baltimore Comic-Con!

Yeah, I didn’t make it down to Baltimore. I’ve never been there. I’ve never been to Camden Yards, where the Baltimore Orioles play, or the Ravens’ M & T Stadium. I’ve never been to Fort McHenry, where soldiers prevented the invasion of Baltimore by British troops during the War of 1812, which inspired Francis Scott Key to write The Star-Spangled Banner, which became our national anthem in 1931(!) – I thought it was much older than that, as our national anthem I mean. But I have driven through the Fort McHenry Tunnel – according to the Maryland State Government website, the largest underwater highway tunnel, as well as the widest vehicular tunnel ever built by the immersed-tube method – on my way to Washington, D.C. I’ve never been to Pimlico to watch the Preakness States, the second lap of the Triple Crown – although I remember watching Secretariat on television as he came out of the gates in last place to take the lead by the first turn and win by 2½ lengths like some impossible super-horse out of legend made real.

I never went to the Maryland Film Festival, held in Baltimore each May, but I do know that Meg Ryan’s character in Sleepless in Seattle, Annie Reed, lived in Baltimore. One of my favorite films is Avalon, directed by Barry Levinson, who grew up in Baltimore, and is part of his “Baltimore” film series, which also includes Diner (another favorite of mine), which every football fan – including me – remembers as the movie in which Steve Guttenberg, as “Eddie,” tells his fiancée that he will not marry her unless she can pass a quiz about his beloved Baltimore Colts, the team that, as every football fan knows, absconded in the middle of the night on March, 1984 to Indianapolis, causing a flood of 911 calls and emergency room visits by apoplectic fans of the iconic team that was one of the founding members of the NFL team. Then in 1996 the Cleveland Browns – another iconic NFL team – did the same thing to its city and fans, packing up and moving to become the AFC’s Baltimore Ravens.

And speaking of Baltimore football, I was only five years old but I remember going with my dad to The Greatest Game Ever Played, when the Colts played the New York Giants – my team! – at Yankee Stadium for the 1958 NFL Championship. The game went into sudden death overtime, something that had never happened before in a playoff situation. Final score: Baltimore by 6 points over the Giants, 23–17.

Who is Ed Burns? To answer a question with a question, remember Detective John Munch? Played by actor Richard Belzer, he was a pivotal character on the Baltimore-set series, Homicide: Life on the Streets, which ran for seven seasons on NBC, won numerous awards, and was co-created by Burns, a Baltimore homicide detective and public school teacher. He and his writing partner, David Simon, used city again in two more series, both on HBO: The Corner, and The Wire.

Unbelievably, The Wire never won any awards; but the show was a critics’ and fans’ darling, and hailed as one of the greatest dramas every to appear on television. Simon said of it: “[It’s] really about the American city, and about how we live together. It’s about how institutions have an effect on individuals. Whether one is a cop, a longshoreman, a drug dealer, a politician, a judge or a lawyer, all are ultimately compromised and must contend with whatever institution to which they are committed.”

Baltimore. Also known B’more. And Smalltimore. More macabre nicknames are Bodymore, Murdaland, and Mobtown. But it’s also been called Charm City, The City of Firsts, Crab Cake Capitol of the World, The City That Reads, Clipper City, Monument City, and The Greatest City in America.

As a New Yorker, I take issue with that last one.

But what the hell…

B’more, I’ll see you next year.

I call them “cop shows” or, if I’m feeling a bit cutesy, “badge operas.” A screenwriting acquaintance says they’re “procedurals.” But never mind the label: by whatever name, they’re what constitutes most of the bread-and-butter television programming and you probably don’t have to go further than your nearest remote to find one.

There will be a pseudo family of protagonists – police, doctors, lawyers, feds, the occasional fire fighter or paramedic – and these people will be presented with a problem, usually one that involves injury done to an innocent party, and, using their skills and wit and such facilities as are provided to them, they will solve the problem. Usually, but not always, there is a happy ending appended to the story and once in a very great while, things end badly.

But don’t hold your breath waiting for that episode. Usually, by the rolling of the end credits, righteousness and harmony have been restored, justice has been done. The message, which we get over and over and over and over again, is that the system works to assure that the good guys win. Those good guys may have their quirks and eccentricities, but they’ve got each others’ backs and they will get the job done!

Do you believe that? Do I? Well, no, not consciously. That’s not the message real life has delivered. But it is the message that we hear every day, constantly. And I suspect that it registers with most people, at least subliminally, and we are cheery and optimistic enough to hit the mall and, you know, buy happy-making stuff.

Many of the world’s religions have been offering similar palliatives for centuries. No matter how wretched your life is, be patient and do what we say and eventually you’ll go to the Big Rock Candy Mountain.

But procedurals aren’t all that television provides. Lately, if you’ve surfed your way onto a news channel, you’ve seen images of fire and chaos and violence. That little town outside St. Louis – Ferguson, is it? And a couple of hundred miles or so south of where I’m sitting, a favorite city, Baltimore. Riots and looting and pain and terror. None of it scripted.

Maybe something can be done. But…the situation isn’t really that bad, is it? Oh, that business in Ferguson and Baltimore and maybe a few other locales here and there, now and then – that’s certainly disturbing. But fundamentally, everything’s okay. Nothing broke that won’t be fixed.

Now, what’s on tonight? Law and Order SVU? One of the CSI shows? Oh, and Bones. Bones is always good.