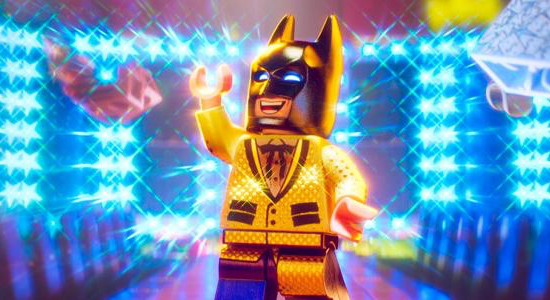 Wow. I never thought I’d miss that little ditty. Granted, whenever that tune consumes my brainpan it’s the version recorded by The Who and not the one from the ancient teevee series. I find myself humming Neal Hefti’s remarkably enduring theme song every time a new Batman movie screws up. Yup, this means I’ve been humming it a lot lately.

The latest batastrophe – as of this writing – came down last week when the director of the upcoming release The Batman quit the picture. That’s a big problem, as he is also the co-writer of the movie… and, oh yeah, also its star.

Arguably worse, the top choice for replacing director Ben Affleck, Matthew George Reeves (no relation to anybody who starred as Superman), quickly dropped out of the negotiations. One is reminded their March 16, 2018 release, The Flash, also has gone through multiple directors.

Of course, as soon as Affleck walked away from the director’s chair, the trolls started jabbering about how great it would be if he walked away from the cowl as well. And that soon morphed into a belief that he would turn his back on the whole Momma Martha complex. This is not a surprise, as the Internet is quite capable of meeting Donald Trump’s dark vision of the media in general. And maybe he will – but I kind of doubt it. He’s in Justice League and he’s contracted for at least a couple more appearances in gray battlegear. But, hey, it’s Hollywood and as we all know, Hollywood is the one place where gravity does not work.

Some fans won’t forgive him for Daredevil. Jeez, I know I’m in the minority here, but Daredevil was an okay movie. In fact, I think the director’s cut was “good.” And maybe some people thought everybody involved with Batman V Superman should be punished, just like our sensibilities had been punished. I belong to the slightly larger pool of eyeball owners who thought that Affleck turned in a fine performance as the world’s oldest Batman. The movie sucked, but Ben did not.

Some fans – and there’s a lot of overlap here – seem to be taking the position that Warner Bros should just drop the whole Batman thing. Yeah. Dream on. If they’re desperate enough, Warners would offer George Clooney enough to fulfill Auric Goldfinger’s most golden wet dream. It’s Batman.

For example. For the second week in a row, The LEGO Batman Movie out-earned everything else on Popcorn Row. I haven’t seen it yet, although I have enjoyed most of the other DC Lego movies. But, just as Batman is also something of a regular on Robot Chicken, one cannot deny that the Darknight Detective (who doesn’t really do much “detecting”) has massive and enduring appeal. I don’t know why – many of the extra-media interpretations of the guy have really, truly sucked – but I’m rather fond of The Bat myself and I’d love to see another really good Batmovie.

If they’re still seeking a director, maybe Frank Miller is looking for work.