Tagged: Art School of the Museum of Modern Art 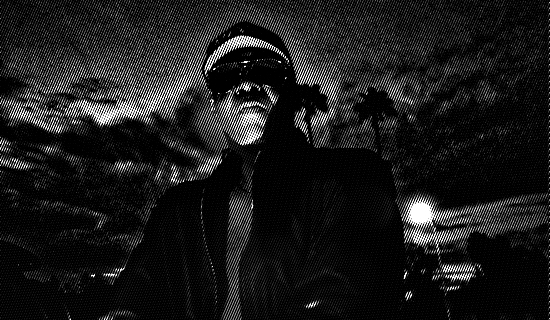 I’ve also taught and/or lectured at The Joe Kubert School, Pratt Institute, The School Of Visual Arts, Rhode Island School of Design, the High School Of Art & Design and yadda, yadda, whatever.

Quick note; Yogi Berra said it best: “It ain’t bragging if you can do it.”

So save your “Davis is bragging bullshit” comments for someone who hasn’t done what I’ve done.

You do that, and I’ll spare you how I wrote the curriculum for the Art School of the Museum of Modern Art and how my name is on a arts magnet school in East Orange New Jersey and, no, I didn’t write MOTU187 in spray-paint on the building.

Every few years I do a recurring “art of the deal” series a step by step retelling how some of my ventures were born. The title was a complete rip from a man I once had a lot of respect for, Donald Thump. I thought I’d use the title of his book to pay tribute to the man. 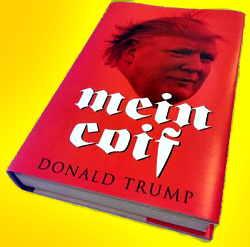 I now regret that and have since I called out any black contestant for appearing on his television show The Apprentice. I’ve been on a Fuck Trump campaign way before he started running for president beginning years ago when Trump started his birther bullshit. After a few interviews where he demanded the first black president of the United States of America “show his papers,” I’d had enough.

Needless to say, I’ll no longer be calling my series on deal making the Art of the deal. It could have been worse I could have called it Mein Kampf 2, which people tell me is the title of Trump’s next book.

Believe it or not, my focus is and will always be educating young creators on the very real way business is executed in a very hard creative field.

Trying to navigate from home to an unfamiliar place is hard enough, made a lot easier with GPS. The sad fact is many young creators, particularly those of color, don’t have such a GPS. Shit, for that matter most don’t have a car. Since many parents lack the resources to allow their sons and daughters to “follow their passion” on what they consider a hobby or see as a pipe dream, learning the correct information just won’t happen.

Put another way the arts in the inner city isn’t considered a “real job.”

That’s the number one response from parents of young artists when asked what they think of a career in the creative arts.  Lacking the support and motivation to push the issue, these young people enter a private world where all by themselves without guidance try to become the next Jim Lee, Karen Berger or Denys Cowan.

That self-contained place leads many to develop an unrealistic view thinking talent is the only thing needed to break into comics and parallel careers.

Further, from reality, these kids will never be.

This fantasy world made worse when the artist, actor, writer or photographer meets someone in the field they admire. If that person shines them on, their idealistic view filled with hope is validated.  That false hope does more harm than good ten times out of 10.

My very first advice column written for The Comic’s Buyers Guide some 20 plus years ago received a loud chorus of Shut The Fuck Up from some pros. One pretty well-known artist said I was “killing dreams.” People thought telling young men and women to show up for appointments groomed and on time was somehow a bad thing.

Because as you no doubt know, every time a bell rings an angel gets his wings and every time an artist takes a shower a Davis kills a dream.

Those who voiced their opinions were quick to point out I knew nothing about the comic book industry and these kids should ignore my suggestions and just have fun. All they need is a little talent and love.

By that logic, anyone who can hit a free throw and loves basketball is a candidate for the NBA. Perhaps starring in a reality television show makes running the country something anything any lying racist can do.

You need considerably more than talent, and I’ll share what that is once again but with a twist. Instead of using an example of what I’ve done and how I’ve done it. I’ll use examples of two deals that I’m working now. One project is a graphic novel project I’m doing with a well-known personality the other is an on going or limited series.

Neither have media deals yet, and it’s entirely possible they won’t.

No matter how successful you are, unless you’re bankrolling the venture soup to nuts “no” is always a possibility.

You’ll know why they didn’t sell or why they did as you’ll be there from start to finish. My hope is these articles help make a dream of working in comics come true for someone.

Then I can kill that dream by telling them about deodorant.