John Ostrander: And Be A Villain 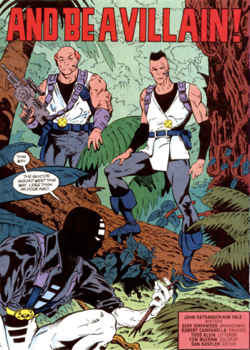 My friend Brian Skelley recently e-mailed me a question that gave me some pause: what is the difference between an anti-hero and a villain? Having trafficked in anti-heroes for some time, you’d think I know but I had to parse it out.

As I postulated it to Brian the basic answer was that the anti-hero is the protagonist of a given story; the villain is often the antagonist which makes him a support character. The main purpose of any supporting character is to bring out some side or aspect of the main character, the protagonist. A villain can be the protagonist; I’ve written stories where the Joker is the main character, for example, or with Captain Boomerang, neither of whom could be called a hero in the conventional sense. 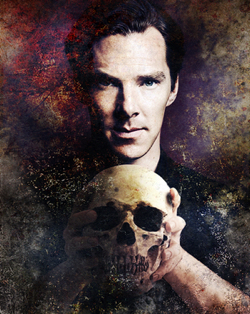 The anti-hero doesn’t display the usual heroic attributes such as courage, empathy, decency, integrity and so on. They don’t care about the common good; they care about #1. Some, like John Gaunt (GrimJack) may have their own code but one of the questions I put to myself when I began writing GrimJack was “how do you make a moral choice in an amoral world?” I once had Gaunt shoot a guy in the back and that alienated some readers. My response, then and now, was that Gaunt was never intended to be a role-model.

Whatever the anti-hero’s deficiencies, he or she are usually better than those surrounding him/her. Why are we rooting for the anti-hero to succeed? If we feel nothing for them, what is the point? At the very least, we need to be rooting for them to get away with whatever it is they are doing. We want Danny Ocean’s plan to rip off the casino to work, in part because (in the later movies) he’s played by George Clooney at his most charming. 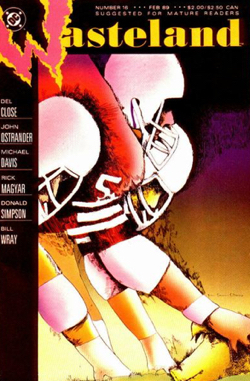 For myself, I like working with anti-heroes more than the conventional heroes. I don’t know what it says about me to say that they seem to resonate more within me. I can more easily find something to identify with in the anti-hero than with the conventional hero. Writing Martian Manhunter was far more difficult for me than writing The Spectre. J’Onn J’Onzz was a far more decent being than Jim Corrigan. No doubt it points to some deficiency in me.

I guess I like my heroes more morally ambiguous. Certainly none of them have been more morally ambiguous than Amanda Waller not to mention the Squad as a concept. However, I’ve never considered Amanda to be an outright villain. Some folks who have written her took that tack, but I think she’s more interesting as an anti-hero. She has a conscience; she knows the difference between right and wrong. It doesn’t stop her from doing the bad things but she knows what she’s doing and does what she does deliberately. She hocks her soul for an ostensible greater good. What she does marks her as a villain; the reason she does it makes her a hero.

And then, of course, there’s Wasteland. Chock full of anti-heroes. We have a father who dissects his son’s biology teacher for traumatizing the boy. (Actually, by the end it’s a heart-warming tale… in a way.) I asked the reader to step inside the mind of a serial killer and, however briefly, identify with him. There have been occasions when I almost told a person, “You don’t want to mess with me. I wrote Wasteland.” That should scare most people.

Some times it scares me.