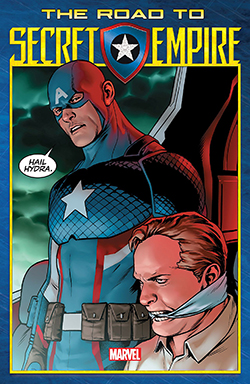 Okay, so I haven’t written musings on my feelings on fandom in quite a bit, so here goes nothing!

Marvel’s Secret Empire event has received a lot of flack for continuing the storyline of Captain America as a secret Hydra agent. Much of that flack has revolved around the notion that Cap being associated with Hydra is an affront to co-creator Jack Kirby, a Jewish man and a World War II veteran. By having Cap be associated with Hydra, it goes against the creator’s intent.

But – how much so we actually care about a creator’s intent?

From my experiences, it seems we don’t really care that much about a creator’s original intent if the story is considered good. A prominent example is how Gene Roddenberry was opposed to the idea of Star Trek: Deep Space Nine (or at least some reported it as such) and was made anyway after his passing. The show for many Trek fans is one of. if not the best Trek despite its perceived deviation from some of Roddenberry’s core principles as previously expressed in the show. 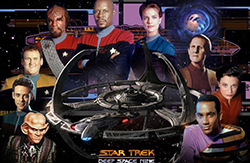 A prime opposite example would be George Lucas and how his vision, particularly in the prequels, of Star Wars is viewed less favorably than Star Wars: The Force Awakens despite the fact that George was not a big fan of the film. He felt the movie was what the fans may have wanted, but not the direction he would have gone. There are many accounts, books, and documentaries covering the franchise and Lucas’ involvement in Star Wars where some try to take credit away from him by saying the original film was saved by editing and it was Irvin Kershner who made The Empire Strikes Back the success that it was. Is that because that’s ultimately how it really played out, or is there some stretching of the truth to fit a narrative that the fans want because George Lucas fell out of their favor from the prequels? 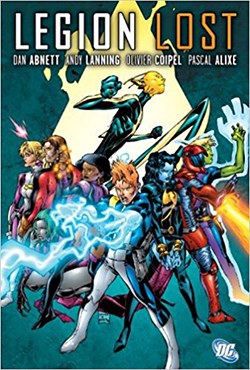 Returning to comics, there is quite a lot we can discuss Jack Kirby and his Captain America co-creator, Joe Simon. They also created Cap’s sidekick, Bucky, who went on to become a Russian assassin during the Cold War known as The Winter Soldier. I think we can all agree that was not their original intention with the character. Some of Kirby’s other works like X-Men are largely impacted more now by Chris Claremont, John Byrne, and others than by Stan Lee and Jack Kirby; many of which have gone against what X-Men was originally about at its core to much wilder success. Instead of people that were considered freaks trying to get by in a world that hates them, the focus of the X books moved to mostly attractive characters dealing with soap opera type angst. That being said, Jack did do his fair share of romance comics as well.

That’s not to say we shouldn’t put some historical context when we consider these things. It’s absolutely understandable and justifiable for people to react based on those factors with something like Hydra Cap. Perhaps a slightly changed story that struck a different chord with the audience would have had a different result with a similar origin. We can’t know for sure.

One of my favorite Legion of Super-Hero stories is Dan Abnett, Andy Lanning, and Olivier Coipel’s Legion Lost. I think it’s perfectly paced and incredibly compelling. It’s hard for me to not want to read all 12 issues in one sitting. That being said, the story absolutely goes against the original intent of the Legion. These characters were made to be optimistic children following in the ways of Superman. In Legion Lost they are a terrified group in a dark future where everything seems grim and dark. Part of why it works is that there aren’t many stories like this. That’s part of what made things like The Dark Knight Returns stand out before a lot of people wanted to copy that success, despite it not being much like the Batman we knew at the time.

While yes, some people do care about what a creator’s original intent is, it often seems to be much more about the quality of the story telling. If you like the story it just doesn’t matter as much. If you don’t like the story, it’s a reason you can draw from in your argument supporting your feelings. It just might not be a very good or persuasive reason.